Friday's stats for visits to Salut! Live carried a sharp message. There had been exactly 100 in 24 hours. Every one of them is appreciated (I'm told I should even be grateful for the 'Google bots' among them though I have no idea what they are or what they're for). But we've become accustomed to much higher daily counts.

It all seems to depend on there being a steady supply of fresh content. So welcome back to these pages, Bill Taylor, cheerfully exiled in Canada but a product of County Durham. Here he recalls the Fretters, a trio we both encountered in early days of visiting folk clubs there.

I had to think hard to remember them and still struggle to put names to members of the band and later realised I might have been confusing them with the Candleliters, another band from the same small town, Newton Aycliffe ...

Up to a point, anyway. When you're reaching back half a century, even those memories fade into ripples on the pool of time. (Copyright pending for that poetic image…).

I wouldn’t say it was an ancient earworm exactly. But a song I first heard 54 years ago, in the first folk club I ever visited, suddenly popped into my head and stayed there. 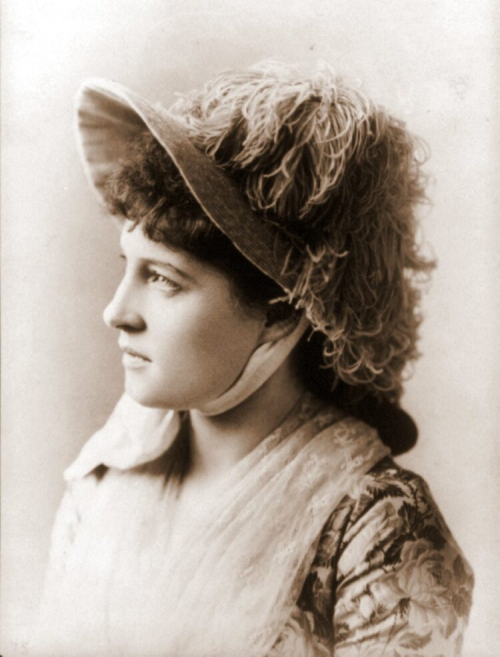 As I started digging back into its history, I had to call on Colin [the editor of this site] to fill in some gaps and confirm a few details.

The venue, he reminded me, was the Candlelight Folk Club in Newton Aycliffe (which apparently lives on as Candlelite Live Music at Moore Lane Sports Club), the song was Lily Langtry and the singers a trio called the Fretters.

I interviewed them for a story I wrote for the Evening Gazette, Teesside, in 1967. The female lead singer had a large bruise on her thigh, I reported, “from bashing a tambourine too enthusiastically”.

That sounds about right… leaving aside that Four Strong Winds is actually Canadian, written by Ian Tyson and first recorded by him and his then wife Sylvia. (Canadians HATE being mistaken for Americans.)

Dunno what I’d think of the Fretters now but I was a 19-year-old folk-music neophyte and I loved them. Especially when they sang Lily Langry:

The law it was Judge Roy Bean
Oh, black his heart and dirty mean

The Hangin’ Judge his name
His hangin’ tree his shame

It was a song with a complex structure, full of little stops and starts. Not one where everybody could join in on the chorus.

When I went looking for its origins, the only version I could find was on the 1965 album The New Christy Minstrels Sing and Play Cowboys and Indians.

If ever there was an “American campfire folk” or even folksy-pop group it was the New Christy Minstrels, founded in 1961 by Randy Sparks and best known, I think, for their hits Green, Green and Three Wheels On My Wagon.

They were hugely popular, sold millions of records and their rather fluid membership helped launch the careers of, among others, Kenny Rogers, Barry McGuire and Gene Clark, who went on to become a founding member of the Byrds.

Lily Langtry was written for that Cowboys album, the group’s ninth, by husband-and-wife team Scott and Vivian Holtzman and Nick Woods, one of the founders of the Minstrels. He died in 1971, aged 30, of an accidental drug overdose. He’s the lead singer on Lily Langtry and I’d love to know why he felt the need to adopt an almost Cockney accent, dropping his aitches and stretching out his vowels. It’s not as if Langtry, who was from the Channel Islands, ever spoke like that.

It’s the New Christy Minstrels’ song and they were entitled to do it as they pleased but I find their original lacks some of the complexity and haunting overtones of the Fretters’ rendition that lives on in my head. It’s not that they do it badly – one would hope not – but it’s much more of a crowd-pleaser. I suppose that was their intent.

The song, just like the 1972 movie The Life and Times of Judge Roy Bean (starring Paul Newman), plays fast and loose with history. It has Lily Langtry – actress, socialite, mistress of the Prince of Wales, friend of Oscar Wilde and eventually an American citizen – visiting Bean in the town of Langtry and kissing him on the cheek. Whereupon, a gunfighter challenges him and Bean shoots him dead as Lily screams.

The truth, while not exactly mundane, is less melodramatic.

Phantly Roy Bean Jr, who died in 1903, was a saloon-keeper and justice of the peace in Texas, where he billed himself as “The Law West of the Pecos”. He held court in his saloon, chose jurors from his customers and expected them to buy drinks as trials progressed.

Legend dubbed him “the hanging judge”.  In fact, he only sentenced two men to hang. One of them escaped.

But he was besotted with Langtry and called his saloon The Jersey Lilly (adding an extra “l” presumably for luck). 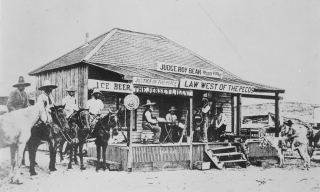 Lily Langtry, who died in 1929, never visited the place and was never even in the area until after Bean’s death. But she claimed to have sent him a pair of Colt 45 “Peacemaker” revolvers.

He and Lily were not related. It was pure coincidence. That doesn’t seem to have mattered to Roy Bean when he set up shop there.

Bill’s article has prompted a lot of debate and nostalgia at Facebook , including this Facebook group for the successor club to the Candlelight as mentioned above ... https://www.facebook.com/groups/candlelitelive/?ref=share