Feb 15 2021 update: WEFT-FM's Valentine playlist can be found here https://spinitron.com/WEFT/show/116412/Celtic-Music-Go-Bragh-Go-Bragh. It's a two-hour programme so the list is long but expect to run, for example, into Siucra (as described below), Altan, Karen Matheson, the Tannahill Weavers and, um, Bing Crosby ...

We've already had most of Valentine's Day in the UK. But if you're across the Atlantic, there's a treat in store a at 6pm Illinois time (eastern states) which means midnight on this side of the Atantlic.

Juliet Youngren has made contact with Salut! Live to tell us about the folk music radio show, Celtic Music Go Bragh Go Bragh, that she hosts in rotation with Bill Wolfe on WEFT-FM, based in Champaign, Illinois.

Their declared aim is to present:

"... a wide range of Celtic, and Celtic-inspired, music, from the Celtic nations and around the world. With a different host each week of the month, the focus of the show changes – from hornpipes to songs, from fiddle music to Celtic rock, from Irish to Breton – but the commitment to bringing you the best new and classic Celtic music never does." 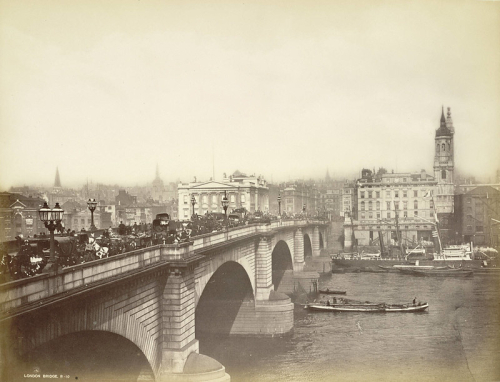 They mean what they say when suggesting diversity.

I was delighted to find, while checking on playlists, a smattering of Music From North-eastern England (which just happens to the the name of a series we ran at Salut! Live recently).

Bill Jones and Kathryn Tickell popped up and I dare say I'll come across more when I delve further.

Which you can do, too.

In a message to this site, Juliet tells us the playlists are archived, along with audio files of the last couple of shows, at https://spinitron.com/WEFT/show/116412/Celtic-Music-Go-Bragh-Go-Bragh

Which brings us neatly back to St Valentine.

Juliet got in touch after seeing a piece here on the Ewan MacColl song, Sweet Thames, Flow Softly.

"I'm very fond of this song," she wrote. "I'm planning on playing it for my Valentine's Day radio show."

She's even read my friend Bill Taylor's comment. He'd dismissed my choices and said: "I'd like to hear Sweet Thames, Flow Softly given a more full-blooded treatment, turned into something really celebratory. The Mighty Doonans spring to mind, or even the Pogues. Good becomes great."

Juliet's response: "To Bill, for a 'celebratory' version, I'm very fond of the recording by the Boston group Siucra, from their 2003 album A Place I Know. It's faster than most, with a bodhran to give it energy."

And here is where I'd normally say "here it is".

But I can find no online version that might be embedded at Salut! Live. You will just have to listen to Juliet's show or check its link tomorrow.

And I also looked out for Eddi Reader's playlist for a roughly similar show this evening on Scala Radio. There’s Eddi herself, a healthy balance of styles from folk to classical and the aforementioned Bill Taylor's preferred version of Carrickfergus, by Van Morrison with the Chieftains.

But Sweet Thames, Flow Softly is the song that drew Juliet and WEFT-FM here despite its unhappily unromantic ending.

In Siucra's absence, I offer a version, still too uncelebratory for Bill, I fear, by the Irish-American band Cherish the Ladies ...

This is pleasant enough, but I shall hope at some point to hear Siucra's version.

Maybe Siucra prefer to be a well-kept secret. I can listen to some tracks in the Valentine playlist for Juliet's show but not others. Siucra's Sweet Thames is supposed to start at 6.49pm (not 6.39pm as previously stated by me) but doesn't. I'd guess copyright restrictions.

Colin, what a cool surprise! Thanks so much for the shout-out. Yes, Bill Wolfe and I do sneak a little bit of English music into our shows--it's close enough to our mainstream, and in many cases, tunes get traded back and forth across the borders anyway.

I was quite annoyed when entering Sunday's playlist to find that Siúcra's album didn't seem to offer a preview snippet. Spinitron has some odd gaps in what it does and doesn't link to. There's probably an opt-in database somewhere that the group isn't part of; I believe they broke up in the mid-2000s, so that might be why (although two of their members, Matt and Shannon Heaton, are still active as a duo).

Bill, the song actually starts at 6:49 instead of 6:39. If you're really dedicated, you can listen to the whole show for the next two weeks by clicking the "play" button at the top of this page:

If you don't feel like listening to the whole thing, I completely understand--maybe start it, mute your computer, set a timer for 48 minutes, and then turn the sound on again? (Insert wink emoji here.)

I quite like Cherish the Ladies' recording of "Sweet Thames" as well, but it's more in the soft-and-romantic vein than celebratory.

Oh, and about Bing Crosby--I wanted to include "The Rose of Tralee," but in my defense, that song's not that popular with the more "authentic" folk-style singers, so I didn't have a lot of choices there. Besides, you can't deny that he sings the heck out of it!

Thanks, Juliet. Up in Toronto , Bill will be delighted with the attention you’re giving him. Me, I’m relieved you made me look again and tidy up the post