Prepare to meet a bar with as bad a name as can be imagined. And prepare to meet a rock legend as my Canadian Mackem pal Bill Taylor recalls treasured music moments and brings an old friend back to life ....

Some are born great, some achieve greatness, and some have greatness thrust upon them – Shakespeare, Twelfth Night 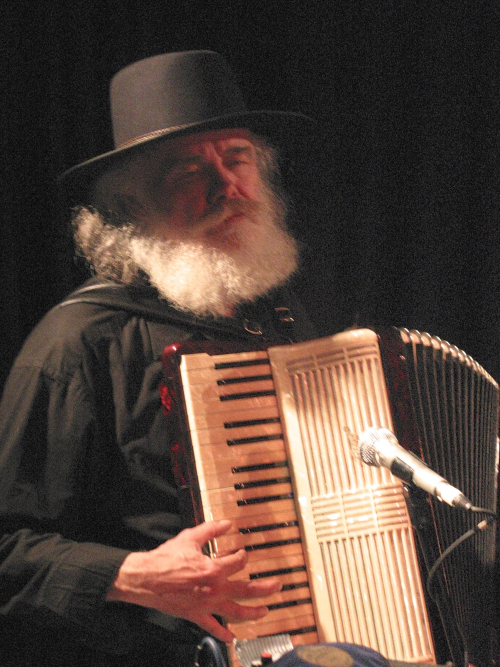 I shot that image of Garth Hudson in October, 2003, in the basement music room of a downtown Toronto pub called C’est What.

It was our second encounter. The first was some months earlier in a smaller, rough-around-the-edges neighbourhood joint, Graffiti’s Bar & Grill.

Closed now and much missed.

It was a quiet Tuesday night with not many more than a dozen people in the place. I’d say half of them had no idea who they were watching as he drifted in, sat at the battered upright piano and casually produced magic.

Described by Keyboard magazine as “the most brilliant organist in the rock world”. A founder member of The Band. Friend of Bob Dylan and player on Dylan’s legendary 1966 tour where the first half of the show was solo acoustic and the m second unexpectedly and earth-shakingly electric. Veteran of the Woodstock Festival. 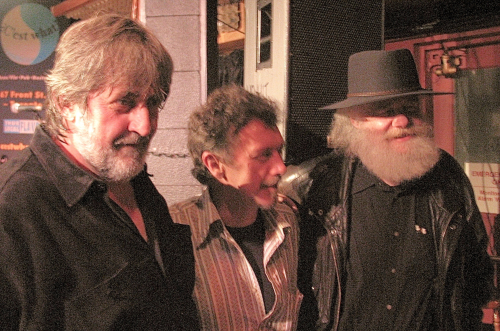 Bill Taylor's the man with the camera. Greg Quill, Garth Hudson and Kerryn Tolhurst are the men at C’est What

So what was he doing in a funky little bar like Graffiti’s, a few minutes walk from my house, on the quietest evening of the week?

For that we turn to my old friend and one-time colleague at the Toronto Star, Greg Quill – taken from us, alas, far too soon in 2013.

Greg, born and raised in Australia, ran a famous folk club, the Shack, in Sydney. He went on to become a bona fide rock star with his “roots” band Country Radio – hit records, tours, an appearance at the 1973 Sunbury Festival, billed as Australia’s Woodstock.

Greg used to tell a story against himself about the show where a fledgling hard-rock/heavy metal band opened for Country Radio.

Afterwards, the band's founders Malcolm and Angus Young asked what he thought.

“I told them they had a lot of talent,” Greg recalled. “But they’d never get anywhere with that kind of music.”

Greg brought his music to North America but never quite caught the wave of popularity. For various reasons, he simply walked away from it, joined the Toronto Star as an entertainment writer and didn’t so much as pick up a guitar for a couple of decades.

In 1999, on a visit to Australia, he got back together with his old bandmate and songwriting partner Kerryn Tolhurst, who also played slide guitar and mandolin.

To re-hone his skills, he would do a gig every Tuesday at Graffiti’s, accompanied by Dennis Pinhorn, a terrific bass-player who also sang harmony.

As a music columnist Greg had come to be friends with Garth Hudson.

One Tuesday he said casually: “Garth’s in town and might drop in.”

The one night I’d come out without my camera…

Things were warming up for Greg and Kerryn.

They’d done a well-received acoustic reunion tour in Australia (I was with them for the first two weeks as a sort of roadie/photographer – one time when I could truly say, “I’m with the band”) and had written the songs for a new album, So Rudely Interrupted.

They launched it at C’est What, backed by Dennis and some of Greg’s other long-time musical friends, loosely assembled as The Usual Suspects, and including Garth Hudson, on piano and accordion.

These are three of the songs from that evening:

It was a magical night. And this time I had my camera.

Once again, I was with the band. And Garth Hudson. 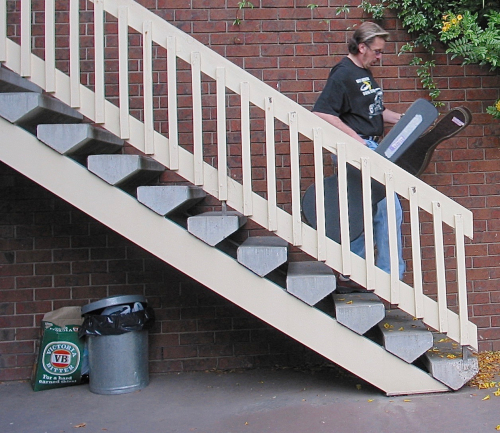 Bill as a roadie in Oz. Picture by his wife, Lesley Ciarula Taylor