June 2021 update: as regular readers will know, I have been updating, tidying up and re-promoting older items.

Maybe this is of benefit to those who are new to the site, like some of what they find but haven't the time to explore the archive using the various links down the right-hand sidebar (or by scrolling through the featured posts on a mobile phone).

What I can also say is that this as complete an Irish-American musical experience as I ever expect to come across ...

At one of the Facebook groups I belong to, the Irish and Scottish folk music group  a new member, Frankie Jason Turner, from Detroit but living in New York, introduced himself with these words: "Thanks for the add! I had a teacher who was from Ireland and sang in a traditional group. I’ve since become obsessed with the music again. Been mostly listening to The Dubliners, The Pogues, and Iain MaKintosh. Any other suggestion?"

Here is a piece of folk magic that combines his own country and Ireland. I hope he enjoys it as much as I do. 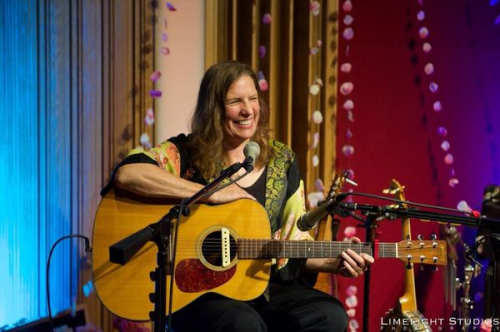 Claudine Langille, from her own site

Just for fun and also because I never tire of hearing Jack Haggerty, I thought I'd combine nostalgia (Dipping into the Past via Salut! Live's extensive archive) and our regular look at different treatments of the same songs (Cover Story).

Jack Haggerty, also known as Jack Hackety, is the first-person lament of a heartbroken raftsman on the Flat Rover in Michigan over the loss of the life of his life, the blacksmith's daughter Anna.

The song dates from the 1860s and was written by one Dan McGinnis whose trades did include working the rafts.

There are a number of versions out there and any competent singer or band should be able to give the song a decent shot. More of that later; one, for me, stands head and shoulders above all others.

And that is where the nostalgia comes into the tale. What follows is based on what first appeared in one of the Salut! Live "Song of the Day" variants. *****

One of the great spin-offs from the Bothy Band was Touchstone, a sparkling Irish-American fusion that included the distinctive voices of Triona Ni Dhomnaill, in her first post-Bothy venture, and Claudine Langille, a fine tenor banjo player from Vermont.

I am delighted to give their exceptional version of Jack Haggerty another outing, in the Song of the Day Revisited series.

This song has never left my head since I heard it on the Touchstone album The New Land.

Even if it had slipped my mind, it would then have been replanted, never to be uprooted, by the impact Touchstone made on me the only time I saw them live.

I have been lucky enough to attend some outstanding gigs, as you may have read here when I wrote about Fairport Convention's Cropredy recreation of the Liege and Lief album.

But another that springs to mind was Touchstone playing at a club in Bristol in the early to mid-1980s (a club I recall as being in or just off The Centre, and having an old telephone kiosk plonked in the middle).

You can either watch the interesting graphic (unrelated to the band) or, if you were there the same night in Bristol, close your eyes and still see Claudine Langille sitting on a table, swinging her legs to and fro as she plays banjo and alternates with Triona Ni Domhnaill on singing the verses.

Sophie says the graphic is a "storyboard sequence made for an Intermediate Animation Class at UCF".

Well, it was made for Salut! Live too, and especially for its Song of the Day series.

This would be on any Desert Island Discs selection I would make: an Irish/American folk collaboration of the highest quality.

And yes, in my memory, Claudine is still sitting on that table in a Bristol folk club, playing banjo and belting out the song. 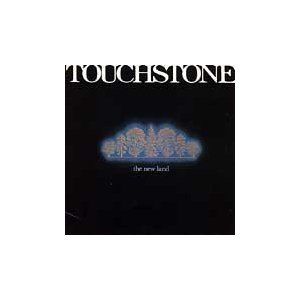 You can buy The New Land and all other music featured in Song of the Day at this Salut! Live Amazon link. Triona Ni Dhomnaill was later a member of Relativity, which combined Bothy siblings, Triona plus her brother Michael - also ex-Bothy Band - and the magnificent Scottish musicians Phil and Johnny Cunningham.

I reviewed their concert on the South Bank in London and mentioned the diminutive Triona being "almost hidden" behind her clavinet.

A Daily Telegraph sub-editor was completely unaware of the existence of this instrument - I should just have called it an electric piano - and changed it to clarinet; I can only think my colleague imagined it to be one huge clarinet.

*** And now those other versions. A band called Celtic Mayhem can be found performing it at an open-air event in Florida in 2009. See it at this link: https://www.youtube.com/watch?v=2gIhHFjWkD0.

I'd file this under "competent".

The song also appears in the repertoire of Tony Furtado.

I located two versions of his, closing a session at the Waterloo Cafe in Cleveland, Ohio, also in 2009, and in a trio with Henry and Matt Sears (father and son?) the following year at a venue identified only as the Golden Lion, which further Googling suggests may be in Pembrokeshire.

Furtado is clearly an accomplished guitarist but the YouTube clips suffer from poor sound quality, also an off-putting aspect of in the Celtic Mayhem recording.

I would like to hear more from him and the band.

There I more, but I shall leave readers to make the discoveries for themselves if they wish.

None of it, for me, gets within a country mile of Touchstone. You may disagree.