More than 16 years after his death, Ray Charles, another of those artists Rolling Stone magazine excluded from its list of the 100 greatest songwriters of all time, is still adored by many across the world.

The French in particular, in my experience, think the world of him and they are right to do so.

He did not, however, write Hit the Road Jack (Percy Mayfield composed it) , or indeed several other songs closely associated with him, including Georgia on my Mind (Hoagy Carmichael/Stuart Gorrell) and I Can't Stop Loving You (Don Gibson). 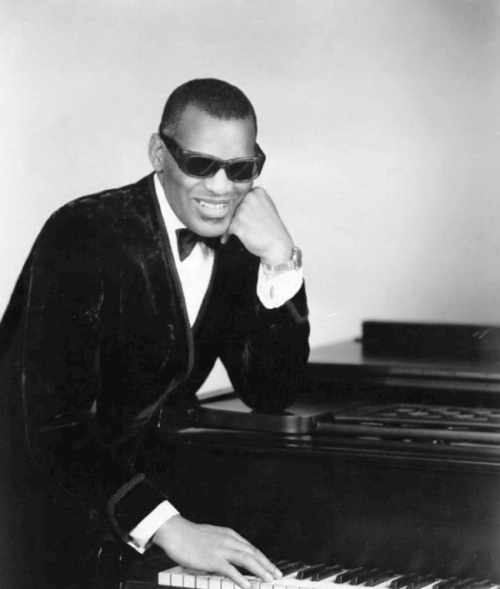 Yet Hit the Road Jack is the song that comes instantly to mind when I think of Charles. No surprise there. The two most viewed YouTube clips of him singing it, the original from 1961 and a TV performance 35 years later, almost exactly eight years short of his death, have been seen 82 million times.

It's a wonderful song - chapeau Percy Mayfield -  and Charles performs it magnificently.

On those occasions, it is sung and played by my friends Jean-Louis Witas (right, below) and René-Paul Soler and whoever happens to have joined them, on percussion or other instruments, at musical soirées at the Gecko Bar in Le Lavandou (Covid means we should be talking past tense).

This is another edition of the most popular feature of Salut! Live, the Cover Story series discussing and sometimes choosing between different versions of songs and tunes. There have been 56 previous instalments; find them at this link 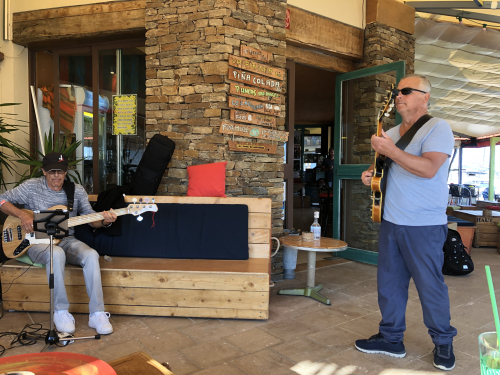 The version my friends play comes from the work of Richard Anthony, an interesting character who became a master of the French speciality of producing translated versions of US and English hits of long ago. Ruby Tuesday became Fille sauvage, Peggy Sue simply grew a word, Ma Peggy Sue. 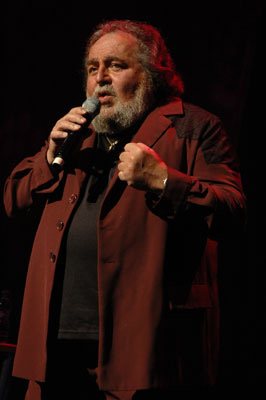 Born Ricardo Anthony Btesh in Cairo, to a Jewish father with origins in Syria under the French mandate and a mother with English roots, Anthony grew up to speak six languages, divide education between Brighton and Paris but also Cairo and Argentina, befriend the Beatles, find himself held for four days when le Taxman disapproved of his book-keeping and father nine or, according to who is counting, 11 children. He died in 2015 aged 77.

There isn't too much wrong with his translation of the Ray Charles hit. And nothing too much right.

It works very well in a bar setting, as when played by such accomplished musicians as Jean-Louis and René-Paul (they emphasise improvisation and Jean-Louis's version of Apache, one of my favourites instrumentals, is sublime). But it is Ray Charles's song; he owns it and the French variant is as much a novelty as anglophone versions of Piaf classics.

For my Ray Charles clip, I have avoided the two mega-hits at YouTube to which I link above. The version I reproduce is also from the 1960s and every bit as good. Enjoy ....