Cover Story: (53) Arthur McBride is back courtesy of Sir Mark Rylance (and Christmas)

Again, I hear regular readers groaning. Not that Arthur McBride once more. Hasn't Salut! Live finally exhausted its interest in the song?

I suppose the answer to those three actual or implied questions are, in order: yes, yes and no.

It is unlikely I shall ever tire of this powerful, exquisitely crafted and melodic display of anti-war, or rather forced conscription for war, sentiments.

As mentioned here when I last wrote about the song, the outstanding actor Sir Mark Rylance chose the classic version, by Paul Brady (in his case, I think, with Andy Irvine), as one of his chosen discs in the BBC radio programme Desert Island Discs. 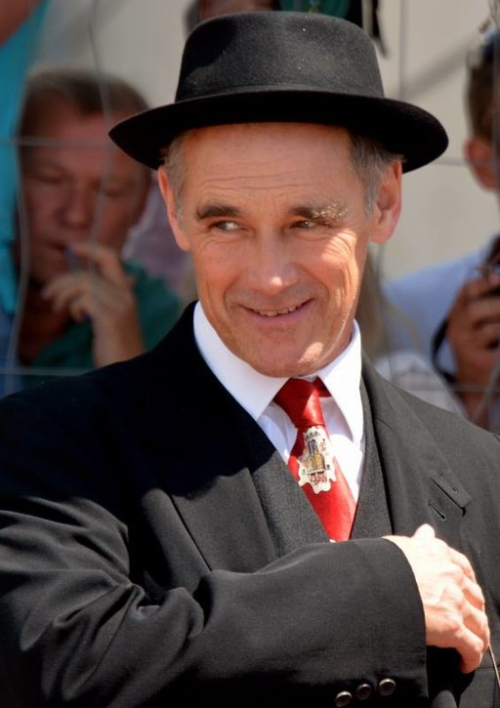 Now, from one of the great singers of the British folk-rock movement, Linda Thompson, I learn that Sir Mark has taken another step and recorded his own version in aid of the Stop the War Coalition's Christmas appeal.

Since the story of Arthur McBride recounted in the lyrics is set at Christmas, it is a wholly suitable choice.

"****'s sake," Linda exclaims at Facebook. "This guy is about my favourite actor. And he can sing. This rendition. The light, the shade, the joy, the charm. Stupid over achiever! What’s the betting Mark Rylance is dancing the sugar plum fairy next Christmas?"

I have nothing to add beyond presenting the clip, above, of an unaccompanied rendition of a great song that goes beyond respectable and is really quite beautiful.

You shouldn't really skip his introduction but the song starts a little after two minutes in.

And by way of change from the usual solo clip I offer when discussing the song, here is Brady performing it with Irvine, from the duo's eponymous 1976 album.

“Sir, a woman's preaching is like a dog's walking on his hind legs. It is not done well; but you are surprised to find it done at all" ~ Samuel Johnson