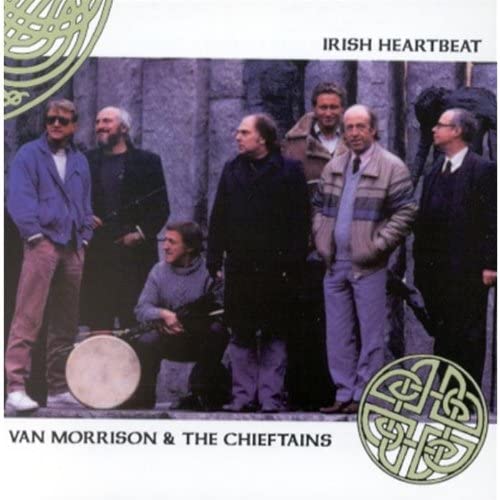 Apologies to Bill Taylor who knows why publication of this offering, suggested by me in self-flagellatory fashion several days ago, has been delayed. The reason, which I cannot go into here, persists and will do for days to come. This is therefore a rushed job.

I will just make a quick defence of changing opinion. Bob Fox once told me, when we bumped into each other at a Cambridge Folk Festival, how surprised he was that I'd made his Dreams Never Leave You my album of 2000 despite describing it previously as more of a signpost to his other works. My view had simply evolved on repeated listening.

The Cranberries? I own up to once feeling iffy about Zombie but have come to regard it as a special piece of rock, with its heart in the right place, though it is still far from the best song to be written about the Troubles.

But now over to Bill Taylor

Mercurial probably wouldn’t be the first adjective that sprang to mind for a man who, without giving away his age, has had a knee transplant and is within the high-risk band for Covid.

But when you consider Monsieur Salut’s musical opinions, they seem to change almost as often as the weather. I could put it down to senescent decay, except I’m a few months his senior (I still have both my original knees, though).

Our views on music and cinema are often at odds. That’s fine – he’s allowed to be wrong!

Sometimes, though, you just can’t let it pass.

First it was the Cranberries’ Zombie and various cover versions, most notably an amazing Miley Cyrus interpretation.

In 2010, M Salut wrote that he “quite liked” the Cranberries (I believe he called them a “guilty secret”) and singer Dolores O’Riordan’s voice. But he wasn’t all that impressed with the song.

I think it was only 24 hours later that he was calling the band “superb… No reason, in the end, to feel any shame in admiring Dolores, whose vocal range is exceptional, and her fine accompanying musicians.”

Fast-forward a decade (though it strikes me that “fast-forward” is an expression younger people, who never listened to cassettes or watched video tapes, would understand) to the song Carrickfergus.

Just a couple of days ago, M Salut wrote a Cover Story piece, comparing several versions of the song.

“I saw him sing it with the Chieftains at the Royal Albert Hall, loved the concert and respect Van the Man as a major fixture of rock. I just don't regard his voice as the kind I want to hear on Carrickfergus.”

When I challenged him on this, he replied that he “did praise Van and the Chieftains”.

What is they say about faint praise and damnation?

I should point out that I’m not Van Morrison’s biggest fan. Moondance, for instance, leaves me completely cold.

But his Carrickfergus leaves everyone else’s in the dust. He takes complete ownership of the song.

Irish Heartbeat, the album he cut with the Chieftains, is one of the very few I can think of that doesn’t include a single sub-par track. I wrote it about it on Salut! Live back in 2017. I think in the interest of balance and fair play, it’s time M Salut gave my piece another airing…

Why did the chicken cross the road?

To appear on stage with the Chieftains.

Not a new joke and not a terribly funny one, either. But nor is it inapposite, given the number of musicians who have performed and recorded with Ireland’s so-called “Musical Ambassadors” during their 55-year history.

It’s upwards of 50 and still climbing, from Mick Jagger to Tom Jones, Sinéad O’Connor to Madonna, Sting to Luciano Pavarotti, Art Garfunkel to Marianne Faithfull… easier perhaps to just give the rest of what actually is only a partial list:

Not all of them to your taste, perhaps – certainly not all to mine – but some of the very top names in their varied fields. It speaks to the chameleon-like versatility of the Chieftains.

The first time, I almost didn’t see them. It was 1979 in New York and an Irish Ballet Company production of JM Synge’s Playboy of the Western World with music by the Chieftains. The band stayed hidden in the orchestra pit and didn’t appear until the curtain call.

Ubiquitous but sans pareil. Little wonder that many of our musical greats have almost literally stood in line to go on stage with the Chieftains.

So how to how pick out the best guest performances and then reduce them to my top two? It’s not easy.

Roger Daltrey almost makes it with Behind Blue Eyes. Somehow, the starkness of Pete Townshend’s lyrics – “If I swallow anything evil, put your finger down my throat” – and Daltrey’s soaring rock ’n’ roll vocal chords meld perfectly with the Chieftains' more traditionally oriented instrumental breaks.

He’s edged out narrowly by Sinéad O’Connor singing The Foggy Dew, her slow delivery and keening voice making this far and away the best version of the song I know.

But not – in my view, anyway – the best performance ever with the Chieftains. That would be Van Morrison and his unparalleled rendition of On Raglan Road from Irish Heartbeat, the album he and the band cut in 1988. There isn’t a bad track on it.

Kavanagh was a troubled soul, a boozer and a heavy smoker. His life never ran on smooth tracks. Morrison pulls every ounce of pain from the song, delivering it like a man, perhaps with drink taken, who is anxious for the listener to understand. It moves jerkily at times and he repeats words, his voice dropping to a whisper and then rising towards a roar. It’s a stupendous performance.

For me, it’s simply the finest collaboration the Chieftains have ever done.