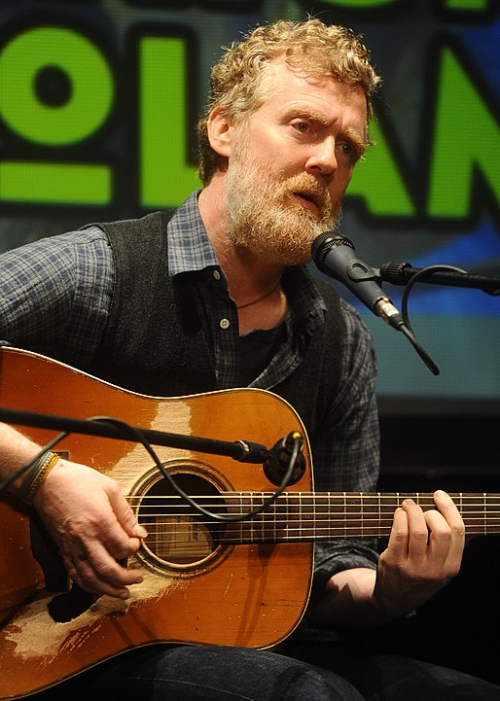 A woman giving her name as Claire, commenting at YouTube on a clip of one of stars of The Commitments, Glen Hansard, and band performing The Auld Triangle at Chicago's Lollapalooza festival had something of a direct manner: "I’d do rude things to Glen Hansard."

I do not feel quite the same way. But I have developed huge affection for the energy and empathy he injects into the song, effortless charming his audiences and enthusiastically drawing in other band members and backstage staff by sharing out the solos.

It is a winning recipe, this simple but hypnotic song elevated to a sort of common Irishman (and woman's) anthem to rival The Soldier’s Song. And it provides an electrifying finale to gigs at grand concert halls while being equally suited to the sort of singsong captured at the famous Parisian bookshop, Shakespeare & Co.

So I willingly gave up two hours of however many are left to me to collating a selection of clips in which Hansard belts out the song that many attribute to the hellraising Irish playwright and poet Brendan Behan and others to his brother, Dominic.

It was a labour of love. I enjoyed every second of each rendition. Others have done the song well, too, but I am hooked on the Hansard approach. I present with pleasure the versions I have chosen .... and, as for my own preference, I’m torn between Paris - par hasard I came across at least two outings for his singing in the City of Light - and the Royal Albert Hall. The Shakespeare version is the last of my clips ....

At the Shakespeare and Company bookshop in the 5th arrondissement of Paris. I love this clip.