Cover Story (47). Losing control: Zombie by the Cranberries, Miley Cyrus and others 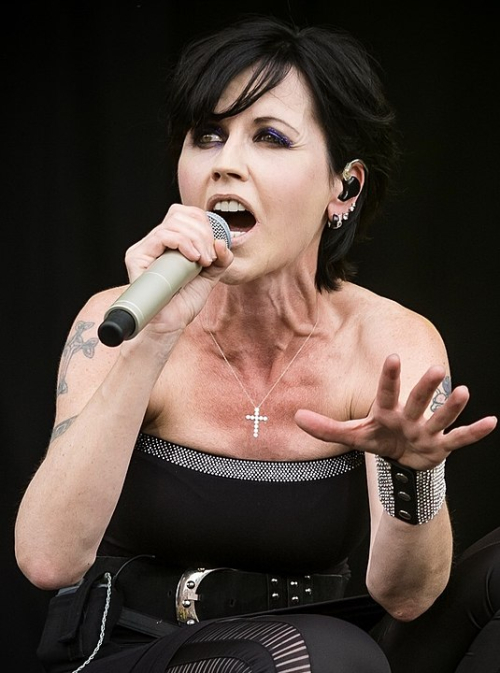 Editor's note; Miley Cyrus's name was misspelt in the the original headline. The entire sub-editing team would be sacked if we had one

No need to go into a lot of introductory detail about the Cranberries and Zombie, the 1994 protest song about the previous year’s IRA bombings in Warrington that killed two children.

Driven by lead singer/songwriter Dolores O’Riordan’s keening, take-no-prisoners voice and the angry power of the band, it’s an electrifying work that can without hperbole be described as iconic:

Colin Randall wrote on the main Salut! site in 2010 that he “quite liked” the Cranberries and O’Riordan’s voice (much more effusive praise was found here: Cranberries: énergie et complicité, he could name “half a dozen contemporary Irish songwriters who capture the Troubles more effectively.”

I don’t have his breadth of knowledge but for me O’Riordan’s lyrics and delivery make it as powerful and poetic an indictment of senseless violence as I’ve ever heard.

It’s a brilliant piece of music.

But is it, for want of a better word, idiot-proof? Is it possible to find a bad, or even indifferent, version?

Oh, yeah, if you trawl through YouTube, you’ll come up with a few, mostly by semi-talented amateurs. But there are also some startlingly good ones.

Best by far is a rendition, recorded live at the Whisky A Go Go in Hollywood by Miley Cyrus:

I’ve always regarded Cyrus as little more than a pop star and professional celebrity, with a good voice but not much depth. I wouldn’t have believed she was capable of such intensity, sincerity and sheer vocal muscle.

A former Toronto Star colleague, Dave Rider, posted her version on Facebook, calling it “cathartic to hear that rage”. I’m in Dave’s debt.

I’d say Cyrus and her backing band (Covid-masked; sign of the times) run O’Riordan and the Cranberries pretty darned close. In fact, I’ll go out on a limb and say I prefer this version to the original.

But there are other good ones out there, too. Sarah Age Ali, known professionally as Sara’h, is a French singer with a YouTube channel where she performs self-translated covers of hit tunes.

She’s apparently recorded about 40 so far. Her rendition of Zombie, leaving aside that it’s not in English, is very different – throttled down with a quite-restrained backing.

But it’s still effective and haunting. I’ve listened to it several times and it keeps growing on me

Backed by an acoustic guitar and electric piano, Trzepizur’s soaring vocals reportedly racked up six million YouTube views within a year of being posted there in 2018.

As with Sara’h, it’s an interpretation I’ll listen to again. And again.

Dolores O’Riordan, of course, died in a tragic accident in a London hotel on January 15, 2018. That was the day she had been scheduled to reprise her lyrical magic on a cover of Zombie by the American band Bad Wolves.

The group went ahead and recorded the song anyway and released it in O’Riordan’s honour, with the proceeds going to her three children. Zombie was Bad Wolves’ first single.

I hate to say it but I think it’s the weakest, least honest version: I don’t mean that it’s bad. Not at all. It has energy and drive and emotion and excellent musicianship. But it all feels a little manufactured, calculated, measured.

If you’re gonna rock out, rock out. Don’t overthink it. Dolores O’Riordan and the Cranberries always sounded on the brink of losing control. As does Miley Cyrus. Zombie deserves no less.

I saw the Cranberries when they opened for REM at Murrayfield Stadium in Edinburgh, 1995. They closed with Zombie (obviously), and just stole the whole day. There were a couple of other bands on after, and REM were pretty good, but the Cranberries killed it with this song. 25 years later the hair stands up on the back of my neck thinking about it.