A notable century: 'Who Knows' crowns a series of 100 gems from Sandy Denny's career 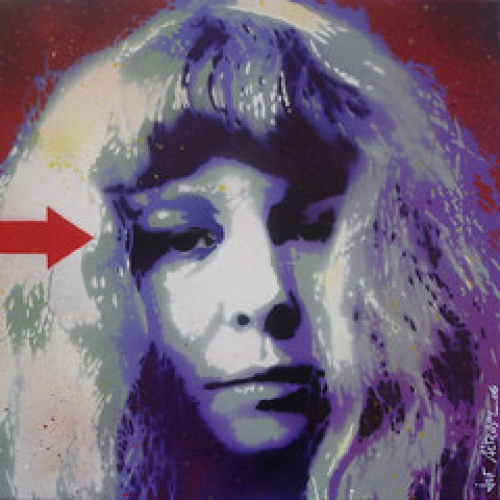 It has been a remarkable labour of love undertaken by a writer for whom Sandy Denny's voice "touches the soul" each time he hears it.

More than 40 years after Sandy's untimely death at 31, Mick Donovan set himself the task of digging out clips of 100 recordings from the outstanding body of work bequeathed by one of the finest singer-songwriters the world has seen. Each was accompanied by a brief description and they can all be found at the Sandy Denny and Family Facebook group.

For his finale - assuming he does not get the urge to resume at No 101, Mick has chosen, as you might expect, Sandy's much-covered classic Who Knows Where The Time Goes, a rather special version as he explains below. I have chosen to let Mick develop the story of what he did and why he did it ... the clip also appears below 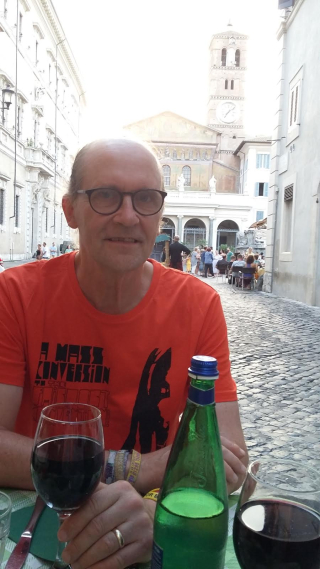 My 100th and final selection of a Sandy Denny recording. The last song of the set she performed at her final concert - there might have been encores, I don't know - after I featured what I believe to be the first to be written by her as my 99th choice. It is the first time I have included a second outing for one of her songs on this list. The first was the version on Unhalfbricking. So we've gone from the studio to live.  I wanted to spread the word on Sandy Denny's music doing this compilation, I hope you have enjoyed the journey. I know I have
And this is how Mick responded to my request for information about his series:
I wanted to post 100 recordings of Sandy Denny on Facebook to give people 100 opportunities to appreciate her singing. Sandy Denny is my favourite singer because her voice touches my soul each time I hear it.

Cropredy- to which I was introduced by illustrator Cyke Bancroft- commemorated the 40th anniversary of her passing in 2018 and a recording of her performing Quiet Joys of Brotherhood a capella wafted over a stilled 20,000 of us in a field in the dark as Fairport stopped mid-set.

The tears welled. It remains my most moving gig moment to date.

I first saw her live with Fairport Convention in 1968 at the tiny Country Club in Belsize Park, north London.

There was no stage. The band were all in a line. Sandy Denny stood in a floral, floor-length dress on the far right from where I sat.

Next to her was Richard Thompson and Simon Nicol, with Martin Lamble and Ashley Hutchings next to them as I gazed right to left. I mentioned this gig to Richard Thompson when I met him at Cropredy a couple of years ago. He seemed to remember it. which is possible as he lived and was schooled in the Hampstead area. 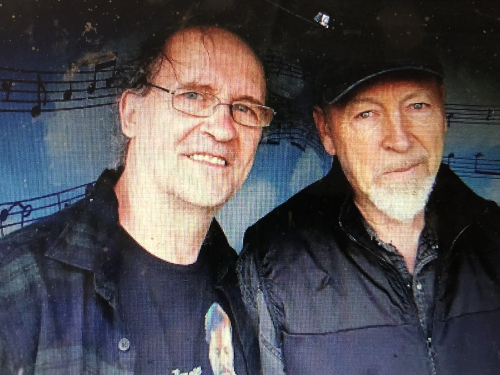 Mick with Richard Thompson at Cropredy

I experienced her singing with Fotheringay in London twice - at the Roundhouse and from the gods at the Royal Albert Hall.  I was also fortunate hear THAT voice at the Alexandra Palace where she was fronting a backing band which included Timi McDonald on drums.

I have been a music fan since listening to my parents' single Diana by Paul Anka in the late 1950s.

Picked up on Lonnie Donegan, the Springfields, Champion The Wonder Horse and The Laughing Policeman on Uncle Mac's radio prog not long after.  Fell in love with the Beatles, my favourite band of all time. Began collecting records. And started to attend gigs in the late 1960s at various London venues, including the Marquee, the Lyceum off the Strand, Hammersmith Odeon and the Roundhouse experiencing the likes of Taste, Blossom Toes, the Nice, Yes, Vanilla Fudge, Free, Love, the Rolling Stones, the Temptations and Bob Marley.

I have been a journalist for four decades , the last one spent also authoring books. I went from Hayters Sports Agency to writing books (my latest, The King of Dens Park: The Authorised Biography of Alan Gilzean is out on Pitch Publishing on Monday, Aug 3) via bi-weeklies, evenings and nationals, with a couple of writing awards along the way. The paperback is a re-print after it was sold out in hardback. The White Hart Lane version is in hard back and available from the official Spurs Shop, Waterstone's, Amazon etc.

Enjoyed my time on Eddie Shah's ground-breaking Today, the first all-electronic, all-colour newspaper. Exciting times working on the early laps tops, pressing a button at Flushing Meadows (the NYC tennis venue where I was covering the US Open) or wherever and someone in London being able to call up your copy instantly. Used to get weird looks from other journalists who wondered what the hell I was working on!

Like many of my generation and after, I find Sandy Denny's voice extremely moving .Tears are not far away. I wonder, though , whether what we know of her life and early death, and the fact that we associate those times with our own youthful past , influences our response to her music? I've heard younger people who had previously heard some of the many highly polished covers of " who knows where the time goes" describe her voice as" not very good" . Obviously I struck them down on the spot mercilessly ... 😀....but it does make one think. Maybe you" had to be there", and some of us were, and some of us weren't!

Interesting points, Kay. Sandy sang, as she lived her life, with traces of vulnerability and imperfection. I don’t like everything I hear of her but feel the overwhelming majority of her work revealed an unconventionally beautiful and soulful voice. Maybe the younger critics have been brought up on too much corporate pop

Well.... perhaps not corporate pop, but yes to modern" clean" recording styles and so on. I think she's wonderful....

I agree about the 'wonderful' bit, Kay. I have always tried to keep an open mind about music, no matter what generation is producing it - great music is great music - but believe you are more likely to have a deeper connection with what you grew up on whether you want it or not.. To me music's main function is to make you feel. It could be a sustained note from the late Peter Green's guitar on The Supernatural. The vocal delivery of Aretha Franklin when performing Carole King's You Make Me Feel Like A Natural Woman live to Barack Obama, the composer and a few thousand others in 2015. The sound of Sandy Denny singing a capella on anything. Modern-day recordings, because of all the technical gizmos, can sanitise and take that 'feel' away. Without feel, music does nothing for me. With it, my world lights up. Especially when listening to Sandy Denny.

Great article Mick. It's good to hear everyones "Sandy" story, and your 100 songs marathon on Facebook has been a breath of fresh air. Well done.