Home Archives Profile Subscribe
Favourite 10 bands. Usual suspects - Fairport and Steeleye - with Coldplay, Cranberries and Dire Straits varying the mix
Lockdown sounds: anything I can do, you can do better ...

Lockdown sounds: now for acoustic bands and duos. Planxty and the McGarrigles top my lists 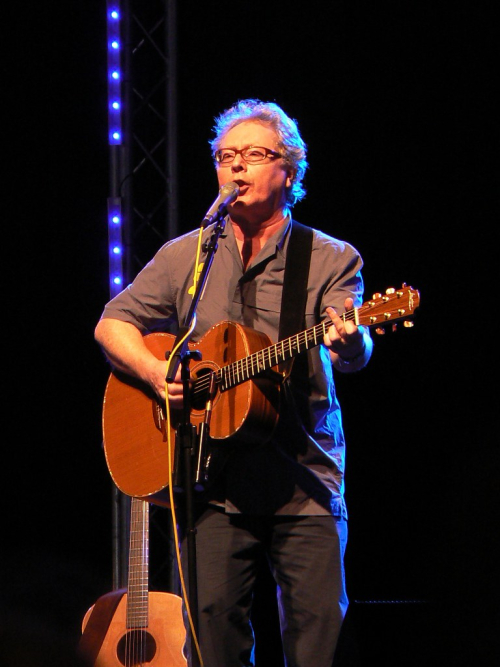 Not even the readers of Salut! Live are wholly on my side. My folk tastes are unusual and I cannot be surprised that few share them. Kate Rusby once told me she was quite pleased this type of music wasn't for everyone (though, logically, it should be).

But I persevere. So far, we've had favourite male and females singers and favourite bands. I am delighted that so many people have bothered to offer their responses and make own suggestions.

Now it's time for duos and acoustic bands and I will not, for the purposes of this exercise, restrict my choices to those seen live. I'll add an asterisk to each selection where I have seen them up close and personal, or from row Z in the gods. And I have used a little licence, leaving out some of those mentioned in other categories even though they might fit again.

First duos. And this, 100 per cent, is folk and blues so avert your eyes if not for you...

1 Kate and Anna McGarrigle - sublime sounds from Quebec, rarely better than on this clip. RIP Kate ...

NOW - Sorry but Maddy and June, great artists that they are, must give up their place to Richard and Linda Thompson, inexplicably overlooked

5 * Martin Carthy and Dave Swarbrick - I once persuaded a good friend, Geoff Carnan, to go with me to see them in a Sunderland folk club even though it meant hitching 30 miles home afterwards and it was his 21st birthday. I vividly remember the joy and the guilt and am pleased Swarb lived long enough to revive the duo in later life.

6 * Graham and Eileen Pratt - classy arrangements and, from Eileen in particular, stunning vocals

9 * Bob Fox and Stu Luckley - Bob has had other excellent collaborators, notably Benny Graham and a former Lindisfarne member, Billy Mitchell. Nowt So Good'll Pass, with Luckley, was a gem of an album of North-eastern music

10 * Sonny Terry and Brownie McGhee - I had to find room for my favourite blues duo, whose music I regularly listen to decades after both died

Sadly, the arbitrary limit of 10 meant I had to exclude several other exceptional pairings, including John Spiers/Jon Boden, Maire Ni Chathasaigh/Chris Newman, Nancy Kerr/James Fagan, Tom McConnell/Nancy Cato, Simon Mayor/Hilary James, Jacqui/Bridie and more besides. Apologies to all and plenty of others overlooked.

2 Bothy Band - Irish traditional music as good as it gets

Stop Press: may need to make way for Therapy, so fondly remembered from folk club days in Darlington and Bishop Auckland and by Bill Taylor in Comments below

5  Bellowhead - gloriously but surely economically challenged English big band. Their clips are made for binge-watching. But still waiting for John Spiers's response to my offer of a gentle plug for his efforts online to stave off poverty

6 * Touchstone - Irish/American fusion dominated by Triona Ni Dhomnhaill (ex-Bothy Band) and Claudine Langille. The short-lived collaboration yielded just two albums, but Jack Haggerty is one of the pieces of music I'd choose for a Desert Island.

9  * The Dubliners - when fronted by the late Luke Kelly, the combination of passionate vocals and fiery musicianship was irresistible

10  * Ensembles assembled or headed by Sharon Shannon or Karen Polwart

There you have my preferences - at the time of writing. It's a feast, but a moveable one. Do not be put off by the folk-dominated lists. Just go ahead and nominate your own, any genre.

Some excellent musicians in there - some of whom I’ve seen play live: Paul Brady as a solo artist and Renbourn and Jansch in Pentangle days. I still have the first Kate and Anna vinyl album, one with the haunting ‘Go Leave’ and ‘Heart Like A Wheel’.

Not sure I can muster 10 and certainly not 10 of each. So, a mixed bag...
Simon & Garfunkel
High Level Ranters
Therapy (for anyone who remembers them - Sam Bracken, Dave Shannon and Fiona Simpson)
Ian Campbell Folk Group
Richard and Linda Thompson
Everly Brothers (I saw them live opening for Simon & Garfunkel and ending the evening on stage together - the makings of an acoustic supergroup!)
Incredible String Band

Therapy came to me in my sleep and I then completely forgot them. There may be a tweak coming

Kate and Annie's 'Heart like a Wheel" c'mon I am amazed, they are exceptionally good.

Every song on that album drips memories and happiness beyond understanding, Lowell George played on it, one cannot get a bigger testament than that, I have the versions of Linda Ronstadt and Bette Midler's cover versions of 'Talk to Me of Mendocino'. Happy days Colin, incredibly happy days. Thank you for reminding me.

Great song and performance of it and Richard Thompson will be very high in my next list, singer-songwriters. not sure he and Nanci constitute a duo. I even left out Dylan and Baez who occasionally sang together. Richard and Linda was a bad omission. But I think I prefer Simon without Garfunkel

I forgot The Carpenters!

Karen had a gorgeous voice. I used to know whose fabulous guitar solo DJs infuriatingly but routinely cut out at the end of Goodbye to Love .

Little-known (I think) fact about Karen - she started out as the Carpenters’ drummer and was highly rated for her abilities. She only reluctantly took on the lead vocalist’s role.

Not established duos but if Bill Taylor can get away with Nanci & Richard....Both of these duets feature Iris DeMent, a country/folk artist whose voice divides music fans. It has a hard, abrasive edge which some hate, I love it.
The first one is with the recently departed John Prine, feauturing his usual witty lyrics, you won't hear a love song like this anywhere else.
https://www.youtube.com/watch?v=YAN_xZV_dpE
The second is another love song, this time Iris is with Steve Earle and backed by bluegrass boys The Del McCoury Band, when Iris sings the second verse the hairs on my arms regularly stand to attention.
https://www.youtube.com/watch?v=zMSCJ9aoo_U