Blues Run the Game: a starring role in The Old Man & the Gun

I noted with surprise today that I have not mentioned the late Jackson C Frank's gripping song, The Blues Run the Game, for three years (plus three days).

But yesterday, screening room number five at Picturehouse Central just off Piccadilly Circus resonated with the spellbinding mix of voice, guitar picking and song that makes this one of my all-time favourites. So why not share another listen?

The reason for my pleasant surprise at the cinema - actually one of two; I enjoyed A Star is Born much more than I'd expected to - is a dominant part of the trailer for Robert Redford's new film, The Old Man & A Gun, about the San Quentin jailbreaker Forrest Tucker. That suggests a great soundtrack. The film looks half-decent, too.

Without further ado, here is that 2014 posting: 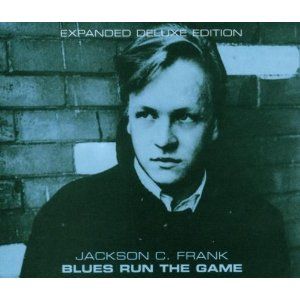