Home Archives Profile Subscribe
Off to Cuba. Back soon ...
Cover Story: (37) Heart Like a Wheel. Mary Black, the McGarrigles or Linda Ronstadt

In 2010, after a concert in Nice, I described the Cranberries as a guilty pleasure. I shall quote the odd extract as we go on but you can read one of the articles I wrote then at this link. Now, at the wretchedly early age of 46, the band's lead singer Dolores O'Riordan, is no more. She died in London in circumstances, while not suspicious, that are still under investigation.

Comments at YouTube are not often memorable but the viewer (possibly of a clip from a live performance in Spain) who said O'Riordan had the sexiest female voice in music was not far wrong. In the article I mention, I said this by way of explaining why a site devoted to folk music and its offshoots should be giving space to a rock band:

One of the countless things I love about Ireland is that the Irish, or large numbers of them, are completely open in their musical tastes. The Dubliner who has survived the extinction of the Celtic Tiger sufficiently to be able still to attend live gigs would cheerfully see the Cranberries, Christy Moore, the Killers, Sharon Shannon, U2, a reformed Bothy Band and Damien Dempsey on successive nights. It if it's good enough for them, why not for me - and Salut! Live?

That pretty much sums it up for me. I was a little dismissive of Zombie when it first appeared but came to regard it as a good pop song with lyrics on the Irish troubles that, while a long way short of the quality of those by Paul Brady or Tommy Sands, had emotion and validity. But whenever their music pops up on radio - it's played a lot in France - I know I'm going to enjoy the next three minutes or so. 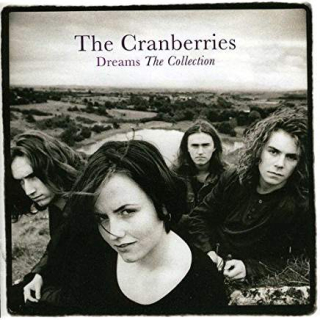 Check the Cranberries' albums at Amazon

The French references in my headline are easily explained. They hark back, of course, to that splendid gig in Nice, where O'Riordan pleased her audience with her efforts to speak French between songs. The adjectives were mine, used at the time to sum up the performance and the singer's empathy with her audience. I wrote this: "O'Riordan at all times had the audience eating out of her hand. It was a strangely mixed crowd, from young children, typically girls, with parents to teenagers, thirtysomethings and people, like me, of advanced years. In a style mildly reminiscent of Maddy Prior's penchant for dancing in the aisles of Steeleye Span gigs, she descended from the stage to pass among the front ranks of standing fans." It is well documented that like most of us, O'Riordan was not without flaws. This does not seem the time or place to explore them. At her funeral in her native Ballybricken, near Limerick, at the parish church where she had sang in the choir, Canon Liam McNamara said her music had rescued countless people from “the darkness of depression”. “My first meeting with her was in 1989," the Guardian reports him as saying. The memory is indelibly written on my mind. There she is, sitting at the keyboard, playing and singing with the choir in this lovely church of Saint Ailbe… She possessed a very special singing voice – a talent worth its weight in gold. Intelligent girl that she was, she knew well that she should develop and use that talent. She also knew the talents were given by almighty God to be used generously for the benefit of others.” May she rest easy as a reward for the pleasure she gave with her special voice and songs.

The link to a French fan site, mentioned in the piece mentioned above, no longer works and nor does the English one. If you speak or read Italian, there is still an active site in that beautiful language.

I picked up on the Cranberries from my eldest daughter in the early 90s, when she (my daughter) was a teenager and went to see them live in Newcastle. I soon became a fan also, and their first two albums still get regular plays in my house. I saw Delores on TV recently, being interviewed about new plans, and was therefore shocked and saddened by her untimely death. Her voice haunts me - even more now - and takes me back to Ireland, where she provided the soundtrack to an almost spiritual return to my roots.

MY introduction was similar, Mick, when my elder daughter was at Uni. But I recall her (Manchester) student. newspaper saying they were no longer cool because parents had started liking them

Ha ha.....that would have been true if it was my parents. But not my generation!