March 2021: the only real updates are that you can still catch Steeleye Span's streamed 50th anniversary tour (and maybe look forward to seeing then live as a tour is optimistically billed from May) ...

You can still get tickets to watch Steeleye Span's 50th Anniversary Tour stream with the recorded Q+A, available until the 26th March! 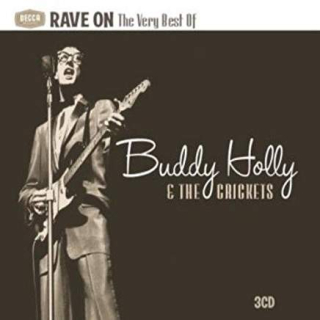 But February made me shiver

With every paper I'd deliver

Bad news on the doorstep

I couldn't take one more step

My paper round days started after Don McLean's.

But I suspect I would have felt a little the same had the papers in my bag in the mid-1960s carried front-page news of Buddy Holly's death in an air crash. Holly's music was difficult to dislike for young lads and lasses growing up during his tragically short career and for a few years afterwards.

It was simple but irresistibly catchy; the lyrics expressed everyday emotions - ones we had or aspired to - and the tunes were memorable.

Rave On was among his best songs or rather one of the best songs he recorded since he didn't write it (Sonny West did*). I find no fault with it but - for the purposes of this, the 36th and latest edition of Cover Story - I do know of a version I like even more.

This is the English electric folk band - they always preferred that description to folk-rock - that changed my life.

I had hitched or taken a cheap night bus to London and was browsing in the shop of Cecil Sharp House, home of the English Folk Dance and Song Society, when someone put on Steeleye's ground-breaking album, Please To See The King. It was 1971 and I was there and then hooked on what I came to accept as, indeed, folk-rock. Rave On was part of Steeleye's repertoire at the time but not part of that album, or at least not until it was re-released 20 years later. It was one of the novelty songs the band liked to include.

Listening on YouTube, I noticed that Rave On was followed on the playlist by New York Girls, on which Peter Sellers played ukelele. Thinking back, there was also a version (which had David Bowie on sax and which I loved) of To Know Him Is To Love Him.

Not, I suspect for everyone. Purists, Holly fanatics and those who simply disagree with me can now feast on the original ... and I do not mind in the least if, unlike me, you still prefer it. 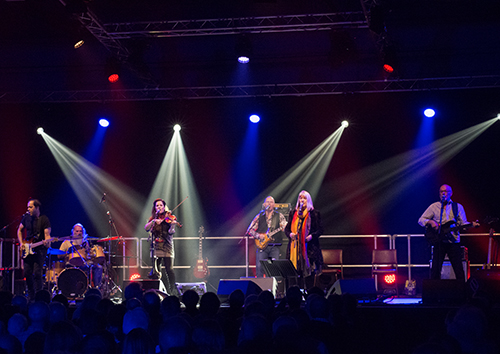 Photo of Sonny West by Didi3515