Cover Story (31): The Little Drummer Boy. Sorry Bing, it's got to be Joan Jett or The Rural Alberta Advantage 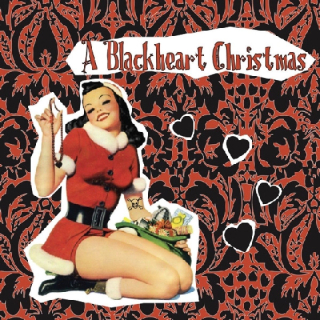 "The defendant shall stand. You have been convicted of serious offences and it is my duty to pass a sentence that serves as a deterrent. You shall be taken to a lawful place of punishment and made to listen non-stop for hours to Christmas songs by Slade, Bing Crosby, Mariah Carey, Cliff Richard, Connie Francis, George Michael and an impossibly long list of other solo performers and groups, all of whom ought to have known better but fancied a whopping seasonal payday." Fairytale of New York would strike many as a rare exception to the dross, a good song well delivered by the Pogues and Kirsty MacColl, but how many hearts sink when it's played for the umpteenth time (52m visits to the two main clips of it at YouTube; 145,000 likes, 6,000 dislikes)? Today's judge is my friend, Bill Taylor. Let him take up the Bah Humbug story without mention of Fairytale (I reserve the right to return to it because of an interesting new version by an English duo of Irish backgrounds, O’Hooley and Tidow). And don't worry, he eventually gets almost sentimental about a song that some adore and others feel might have been best left unwritten ... 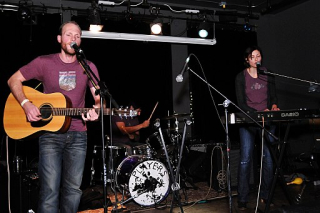 The hideousness that is Christmas music is upon us… well, depending on the shops you frequent, it’s been upon us for some weeks now. Even Bruce Springsteen’s joyous live version of Santa Claus is Coming to Town ha s lost a good deal of its lustre through constant replaying every year since it was recorded in the late ’70s. And let’s try not to think of the horrid versions by the likes of Justin Bieber, Michael Bublé (both Canadians, I hate to admit) and Mariah Carey. But there are horrid versions of so many Christmas songs. Almost all of them in fact (both songs and versions). I don’t intend to enumerate them here; simply to focus on four interpretations of one song, including a stripped-down, anarchic rendition that I love unreservedly. As far as I know, this is only to be heard on YouTube. But there are several on-line sites that can quickly convert a YouTube clip to an mp3 and it’s a short journey from there to iTunes or Spotify. The Little Drummer Boy was written in 1941 by Katherine Kennicott Davis, an American pianist, classical composer and music teacher, and first recorded 10 years later by the Trapp Family Singers. Who couldn’t have been nearly as sappy as their portrayal in The Sound of Music. Or could they? No matter. Their version was eclipsed in 1958 by the Harry Simeone Chorale, whose arrangement of The Little Drummer Boy refuses to die. Simeone, in fact, wound up with a co-writing credit for the song. Here, if you must, it is: https://www.youtube.com/watch?v=R6vGGKchcdQ Let’s (for once) try to be fair and open-minded: it is what is, a product of its time and all but beyond criticism. Love it or otherwise, it’s achieved almost iconic status. But it also opened the floodgates. The Little Drummer Boy has been recorded about 150 times, by everyone from the Beverly Sisters (ask your parents), who took it to 6th place in the 1959 British Top 20, to Bob Seger & the Silver Bullet Band, who took out the religious references. There are versions in French, Spanish, Finnish and Punjabi. I’m cynical about most of them. But none more so than the marketing opportunity recorded in September, 1977. Bing Crosby’s Merrie Olde Christmas TV special paired the Old Groaner with the chameleonic David Bowie. They performed a duet of The Little Drummer Boy and Peace on Earth. It was an instant attention-grabber but, to my ears at least, has not a lot of musical merit. Crosby, who died before the show was aired, is clearly not the singer he used to be and Bowie, a uniquely gifted artist, is using a fraction of his abilities. If you watch the video, the byplay (foreplay, if you like) between the two leading up to their musical interlude is cringingly awful. The Thin White Duke – I believe that was his persona at the time – could have phoned his performance in. https://www.youtube.com/watch?v=DiXjbI3kRus But what do I know? It was released as a single five years later and went to No 3 in the UK charts. Mission accomplished for whoever thought up the stunt in the first place. There were four recordings of The Little Drummer Boy in 1981, including Anne Murray, Boney M and Rosemary Clooney (ask your parents). But it was Joan Jett & the Blackhearts who got all the attention. Laid-back, laconic, cool almost to the point of frigidity. The Godmother of Punk opened our ears to new possibilities for Christmas music with a wryly objective counterpoint to the mawkish words. Who cared if she was suddenly being broadcast over shopping mall PA systems as a seasonal come-on? But now… if you REALLY want punk… Not that the members of The Rural Alberta Advantage actually are punk-rockers. Or from Alberta. Nils Edenloff (lead vocals and guitar), Amy Cole (keyboards, bass and backing vocals) and Paul Banwatt (drums) came together as an Indie band in Toronto in 2005 (the name apparently derives from a comment Edenloff’s brother made about moving to the Prairies). Their version of The Little Drummer Boy was taped December 16, 2010, during a performance at Lee’s Palace, a Toronto club and concert hall that is a terrific venue for live music. As Edenloff starts beating up his guitar and snarling out the lyrics, the drummer boy isn’t even on stage. It’s not until about 30 seconds in that Banwatt starts whaling away with his sticks. With Cole beating time on a tambourine and throwing in the odd bit of vocal reinforcement, it’s minimalist in the extreme. But compelling to the max. I wish I’d been a part of the boisterous crowd that night. A lot of people I know hate this version, won’t even acknowledge it as music. That’s their problem. Turn to Psalm 100 in the Bible and you’ll read, “Make a joyful noise unto the Lord.” I don’t know who The Rural Alberta Advantage intended it to be unto but, for me, this is the most joyful noise of the year

* The album Blackheart Christmas includes Joan Jett's The Little Drummer Boy. Available at the Salut! Live Amazon link I have no idea where you'll find the Alberta gang's though they did release a single of a few Christmases ago. Their most recent album appears to be Wild, available at https://www.amazon.co.uk/exec/obidos/ASIN/B074WV6C5C/salusund-21 but I stand to be corrected on both fronts.