fRoots at crossroads: as Ian Anderson bows out, opportunity knocks for a 'philanthropic millionaire' 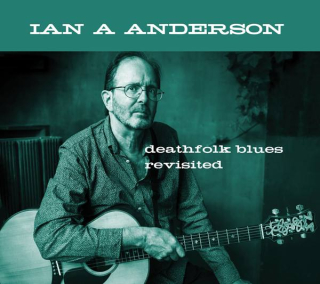 I have met Ian Anderson**, the editor of fRoots, on only a handful of occasions but spoken to or corresponded with him on many more. When I wrote about folk music for The Daily Telegraph, he called my work "right column, wrong newspaper", a handle I greatly appreciated. When all that came to end, he continued to be a willing interviewee on a couple of occasions when I needed someone like him to comment for pieces I was writing for other publications - and even published a little piece I offered him.

"Someone like him" indeed. Ian is a one-off and no one I can think of could have kept that magazine going so outstandingly and for so long. Unlike one or two of those commenting on his wish to retire, I do not have every copy of the magazine (not a great excuse but living abroad much of the time has got in the way of better intentions). I do, however, have piles of back issues on my shelves in France and remain a loyal if, in recent years, more intermittent admirer of the magazine and its work.

Now that Ian has decided it is time to move on, I shall let him explain, shamelessly lifting his Facebook announcement but not without repeating, along with a few other short tributes, what I said there: "A glowing example to all of us who have ever tried to use media to raise awareness of very special music. A huge collective thank you is due, Ian."

OK, since I’ve now debagged the kitty in my December issue Editorial*, I’d better say it here. I’ve been running fRoots through thick and thin for more than 38 years.

It has never been easy, but the last decade since the 2008 crash has been musically incredibly well fed, but unremittingly debilitating financially.

I don’t need any convincing what a worthwhile thing it continues to be, especially as we’re in one of those periods where the mainstream is mostly looking elsewhere.

But having turned 70 I’ve reached the point where the relentless stress isn’t doing me any good, my own resources are gone and I know it needs a new, much better, more fit for purpose model to continue into the future: because it must. I know how much it’s needed.

So the plan is that at the start of the new year there will be big discussions to find a new way to take it forward, and a good new team that I - and a number of the other long-time staff - can pass it on to, knowing that the fruits of nearly 39 years hard work won't be wasted.

And then I can carefully extract myself and retire gracefully from the helm. Hopefully to spend a bit more time with my lovely partner, family and friends, to do more twanging and caterwauling myself, and perhaps . . . no promises . . . write that book.

In order to smooth this process, within a couple of weeks fRoots will be launching a big Kickstarter campaign to help fill some of the horrible financial hole.

Lots of excellent people have already come up with amazing things for the "rewards" we’ll be offering, so watch for it to be announced. And then, when it is, please share the arse off of it, contribute in any way you can, point it at your neighbourhood philanthropic millionaire etc etc.

And thanks for understanding.

Andrew James Cleal Continued thanks to you and the team Ian. A world without froots would be a less splendid place.

Anne Dunn I certainly did not see this coming! I thought you would go on or ever. Thank you so much for all the years of hard graft, it's the only magazine I still get regularly. I look forward to seeing what happens, and hope you get some time to relax and do some stuff you really want to.

Bob Naylor You’ve done an oustanding job — of which there is no doubt — I have been involved in producing a number of what might be considered ‘niche’ publications over the years and know about the financial strains. From the days of Southern Rag to fRoots you have produced the essential read for so many of us. Thanks, we really do appreciate it — I understand your reasons to move on... and I look forward to you finding more time for performance...

Vic Smith From someone who has every issue on the shelves near his desk for easy reference and someone who has written at least some news, reviews, articles and provided photos for practically every issue from the earliest days when it was called "Southern Rag", can I say that you will be sorely missed?
You may not have the financial rewards for your decades of hard work but you deserve a huge vote of thanks for the major contribution that you have made to the musical and cultural life of this country Thank you, Ian.

** Ian mentions doing a bit more twanging. The album you see above is among the fruits of that decision and here is how he introduced it:

To my enormous surprise I find myself not only enjoying doing selected solo gigs for the first time since 1973 – well, a chap has to earn the crusts to feed his albatross – but also putting out a new CD on October 1.

Not only solo but deliberately recorded with just one mic in true 1950s/60s folknik fashion. Oddly enough, I remember Virgin turning down the first Hot Vultures album because "we don't do retro." When will I ever learn etc etc