Dipping into the Past: The Unthanks ... The Testament of Patience Kershaw

In my constant campaign to draw attention to gems from the Salut! Live archive, now that the site attracts a more respectable number of readers, here is piece of music that combines compelling artistry and painful social history.

It recalls an age when young children, girls as well as boys, were sent into the mines of Britain to endure the laborious, disfiguring process of helping in the production of coal.

As a reporter, I met men in the 1960s who, on the closure of their own pits, could hardly be happier that their fully grown sons would not have to work in the conditions they had known for decades.

My friend and Salut! Live contributor Bill Taylor was mesmerised when he first heard the song while visiting my home in France.

I have added a couple of other Unthanks clips to show just how good they are (or how good I think they; there are dissenting views).

One is another of the press gang songs I mentioned yesterday, the very moving Here's The Tender Coming, and the other is a grittier rendition of Annachie Gordon than you will encounter from most of the artists who have recorded the song.

This is how I wrote about the Unthanks back in 2014 but you will also find a footnote with links to an interview conducted longer ago .. . 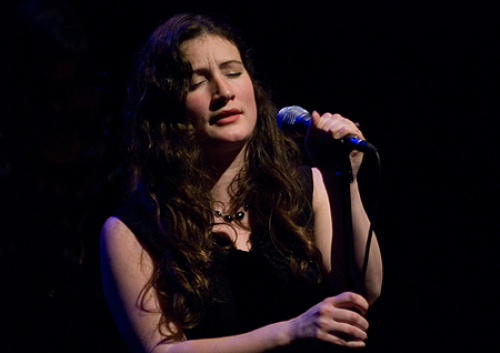 This, as far as I can tell by looking into the archive, is how Salut! Live began its Song of the Day series back in June 2011.

There was no fanfare, just a generic title - a bit of a hostage to fortune since I strongly doubted my ability to post a new song daily - and what follows.

It ran longer than I'd expected until I closed the series in the late August of that year with this item explaining its origins and listing all the artists I had chosen: http://www.salutlive.com/2011/08/song-of-the-day-the-end-of-a-series.html.

There was a quick resumption to include something I remembered immediately after announcing the series was over, but that was it.

The present Treasures Rediscovered series is something of the same and may well involve overlap but I have decided to run and promote Song of the Day one more time. Sometimes there will be updates, sometimes not. The invitation to buy relevant albums via the Salut! Live Amazon link remains open ...

Most of us like to dip into YouTube for handy reminders of our favourite music. Salut! Live is no exception. This powerfully moving song, performed by the excellent Unthanks of Newcastle upon Tyne, was written by Frank Higgins as an adaptation of an illiterate teenage girl's evidence to the Mines Commission of 1842.

The inquiry was conducted by one Lord Ashley and led to Parliament prohibiting the employment in the pits of all women and of boys under 13. See the indispensable Victorian Web site for more accounts of the horrendous conditions in which children then worked in the coalmines of northern England. Poor Patience was described - I am not sure whether by Ashley or in some other reference - as "an ignorant, filthy, ragged, and deplorable-looking object, and such an one as the uncivilised natives of the prairies would be shocked to look upon".

This was her story, to which Higgins's lyrics and Rachel and Becky Unthank's searing vocal delivery do full justice:

My father has been dead about a year; my mother is living and has ten children, five lads and five lasses; the oldest is about thirty, the youngest is four; three lasses go to mill; all the lads are colliers, two getters and three hurriers; one lives at home and does nothing; mother does nought but look after home.

All my sisters have been hurriers, but three went to the mill. Alice went because her legs swelled from hurrying in cold water when she was hot. I never went to day-school; I go to Sunday-school, but I cannot read or write; I go to pit at five o'clock in the morning and come out at five in the evening; I get my breakfast of porridge and milk first; I take my dinner with me, a cake, and eat it as I go; I do not stop or rest any time for the purpose; I get nothing else until I get home, and then have potatoes and meat, not every day meat.

I hurry in the clothes I have now got on, trousers and ragged jacket; the bald place upon my head is made by thrusting the corves; my legs have never swelled, but sisters' did when they went to mill; I hurry the corves a mile and more under ground and back; they weigh 300 cwt.; I hurry 11 a-day; I wear a belt and chain at the workings, to get the corves out; the getters that I work for are naked except their caps; they pull off all their clothes; I see them at work when I go up; sometimes they beat me, if I am not quick enough, with their hands; they strike me upon my back; the boys take liberties with me sometimes they pull me about; I am the only girl in the pit; there are about 20 boys and 15 men; all the men are naked; I would rather work in mill than in coal-pit.

* You may buy Here's The Tender Coming, the Unthanks' album containing the song, by checking my Amazon record shelf in the right-hand sidebar or by clicking here.