Home Archives Profile Subscribe
Cover Story: (22) A Proper Sort of Gardener. Maggie Holland or June Tabor
Desert Island Folk: (1) did you hear the one about Christy Moore and Tony Capstick? 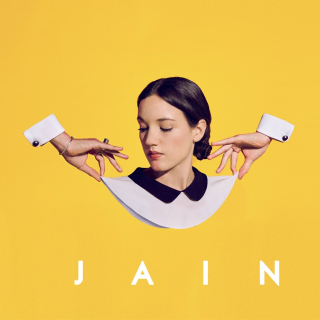 It's a perceived wisdom and I have been known to swallow it. French music, and especially pop/rock, may suit a domestic audience but does not easily appeal to the ears of Anglo-Saxons (as the French like to call us). Indeed, there are plenty of French people who would sooner listen to American or British pop and rock.

But recent developments have prompted me to rethink the theory. It may have a little to do with my neighbour Jean-Louis, who plays guitar in a way I'd love to emulate but never will; I could gaze at his lead guitar runs all night. Come to think of it, I already have gazed at them for much of the night. It has more to do with a relatively new phenomenon, French artists making a point of singing in English.

We may forget the French singers such as Aznavour (Distel too?) who brought out English-lamguage versions of songs they simply thought might sell abroad. There is a precedent for what I am about to discuss. In the mid-1980s, Jean-Jacques Goldman, a massive figure in French music, recorded a song that is still sung in karaoke and played on radio today. Je te Donne was co-written by a Franco-Welsh musician Michael Jones, hence the alternating English/French lyrics.

That was a novelty (Goldman was already under fire in some French quarters at the time for his willingness to record songs in English).

But my own feeling is that the French in general love British or American pop/rock and many of them couldn't give two hoots - je m'en fous, as they say here in France - that even a French man or woman should choose to sing roughly in the language of Shakespeare and not Molière. And what is happening supports that notion.

Jain - you see her big hit, Come, above - is a singer and writer who was born in Toulouse as Jeanne Galice but has lived in Dubai, Abu Dhabi (where she passed her bac) and the Congo. She seems to me to be a supremely gifted young artist. I do not say that because my nine-year-old granddaughter Maya loves her album Zanaka but because I, too, believe it to be true.

There is an uplifting African influence - doubtless from her mother's Madagascan roots - that I, along with Maya (une métisse elle-même), find irresistible. Jain shows a great grasp of rhythm and the value of a hook. I think Heads Up and Makeba are even better, and Maya rather likes Mr Johnson and especially Lil Mama. If you agree with me, Salut! Live's Amazon shelf is the place to go to buy a copy.

Then there is Imany, a fascinating woman who beetled off to New York to work as a model, knowing her Muslim dad (from the Cormoros) might have stood in her way had he not been away serving with French forces in the former Yugoslavia. After seven years, she came back to France and launched her singing career.

She came to us - my wife, and I - via a late-night music show on French television. I liked her, Joelle adored her and immediately ordered two records from Amazon. Until Indochine recently intervened - good band, nothing to do with this discussion - they were the only records she'd play in the house or her newly acquired but old Peugeot 207 cabriolet.

Imany has a gripping, soulful voice. She does anger, hope, sorrow, despair and mischief in her lyrics. And a drawing of Africa she had sketched with eyes closed inspired the lyrics to the clip you see, featuring Shape of a Broken Art. I though this song might have referred to the Nigerian girls kidnapped by monsters from Boko Haram but that atrocity occurred after she wrote it so it may be a case of choose your African tragedy.

And if you are a regular at Salut! Live, you will know all about Cats on Trees, a duo also - like Jain - from Toulouse and responsible for the haunting Sirens Call that TV producers chose for playing out the credits of a series about a missing girl, Disparue. The language of their debut album was, again like Jain and also like Imany, exclusively English.

A version of one track, Jimmy, has since been re-recorded and - after the example of Goldman - English and French verses alternate. It's on the radio all the time but our Toulouse friends - Nina Goern (she told Salut! Live some people found her singing accent to be Irish-Cambodian) and Yohan Hennequin - should be aware that Maya much prefers the English-only original, despite her successful time in various Francophone activities when visiting from London this summer.

And all that's without even mentioning Christine and the Queens.

I almost forgot to come back to Indochine. Nothing to do with this article, since I have not yet heard them sing in English though they do sometimes.

But here they are. A group with the sort of following in France that a biggish 1980s British band - not Human League maybe but Police or Depeche Mode? - might have in England. I like their album, 13, even if several of tracks sound as if they may be variations of the same song.