So many people have recorded the beautiful song, Mná na H-éireann, better known by its English title Women of Ireland, that it may seem a little shallow to discuss only two. But I have said previously that I believe the Cover Story series - now up to 23 and they can all be seen at this link - works best with no more than three (and I shall briefly but admiringly mention a third).

The song began life as a poem, written in the 18th century by an Ulsterman, Peadar Ó Doirnín, and was put to music, seriously beautiful music, by Seán Ó Riada, who died in 1970.

Several translations from Gaelic can be located but none is kind towards the English. The song is therefore unlikely to please anyone who believes the Crown always acted with decency, benevolence and justice towards the island of Ireland and resents any suggestion to the contrary.

The rest of us may sit back and enjoy a gripping melody and accept that the lyrics, from the tradition of depicting Ireland as a beautiful woman imploring patriots to resist the wicked English, represent a respectable point of view.

The versions I have chosen for this article are by that hugely innovative pop singer Kate Bush, whose mother was Irish, and the Breton chanteuse Nolwenn Leroy, who can be forgiven for being a winner of a French talent show, Star Academy, since she is also classically trained and is a valued fixture of the Breton music scene. Pop/folk is an unsatisfactory description of her work, but it gives you a reasonable idea of what to expect if most of what I say inspires you to explore her repertoire.

Leroy's interpretation dates from a 2010 album, Bretonne, which my wife Joelle recently bought for me. The CD amply demonstrates the power and charm of her voice, and benefits from the presence of John McCusker and Mike McGoldrick among the musicians, though it also contains easily the direst version of Dirty Old Town that I have encountered, with the exception of the one I have sung and played into my mobile phone.

The brash, jaunty rendition strips the soul from Ewan MacColl's fine song reflecting a love/hate relationship with his home town, Salford, and - along with the jarring gender changes in the lyrics - reduces it to the sort of third-rate morceau a lesser artist might offer the Star Academy jury and voters.

The album also offers a strong version of Brittany's anthem, which adopts the Welsh Land of My Fathers (Hen Wlad Fy Nhadau). And she makes up completely for the horrors of her Dirty of Town with Women of Ireland, injecting all the anguish and yearning that are so essential to the song's successful delivery.

Bush feels the song as keenly as her fellow-Celt Leroy and any of its purely Irish singers and this makes us a little, if only a little, more indulgent of her declared affection for Theresa May (I have not checked on whether this has now been withdrawn; I've been present at a wittily engaging May speech, but her relentless pursuit of a hardish Brexit, despite having been nominally pro-Remain, appals me).

Not for the first time in this series, I am almost at a loss to choose between the two I put up for discussion.

In the end, much as I approve of Bush's version - and much else of her work - and would listen to it repeatedly, I must opt for Nolwenn Leroy.

A French comment at a YouTube clip showing her singing the song live with Andrea Corr says: "I like Andrea but it wasn't a good idea to have her sing with Nolwenn as she is utterly outclassed, vocally and emotionally."

The comment, signed by one Samantha De La Rosa, was spot-on. Leroy does not outclass Bush as she outclassed Ms Corr. But she uses that wonderful voice of hers to glorious effect on this occasion and that inevitably pushes her just ahead.
﻿

But make up your own minds, not forgetting that you can also find Mná na H-Eireann (Women of Ireland) performed by Jeff Beck, Mike Oldfield, Sarah Brightman, at least one other Corr, Sinead O'Connor, the Christians, Alan Stivell and Davy Graham. Even that list overlooks several others, of which the only one to which I shall offer a link is the instrumental version - heard on the soundtrack of the film Barry Lyndon - by the Chieftains, who naturally play it to perfection. 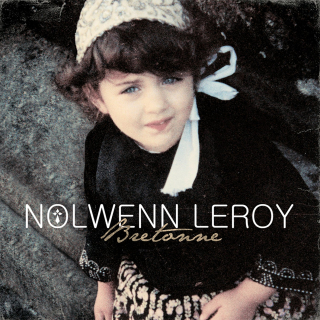 Yeah, Leroy, for sure. Though Jeff Beck's 2013 live instrumental version, with Lizzie Ball and Tal Wilkenfeld, is also exquisite:
https://www.youtube.com/watch?v=juSiqDw8oP8

I love both versions, but being a big Kate fan, I'd have to say she just edges it on this one.