Cover Story: (24) The Bells of Rhymney by John Denver. A welcome discovery

If you read this item in or after August 2022, please bear in mind it originally appeared five years ago. SalutSunderland.com's vast archive is still accessible but the site is not mine and is woefully neglected by the people who took over from me with bold assertions about their plans to build on my work and that of my fell0w-contributors ... all other references also date from 2017

The little world of Salut! can be an incestuous place. The football corner of it, as many but not all readers will know, is Salut! Sunderland, the name giving newcomers a clue to the sad, troubled but - for those of us hooked - much-loved club whose occasional up and multiple downs occupy its thoughts.

In the most recent instalment of an exceptional series on the first time he saw each team Sunderland play (or their stadium), my friend Pete Sixsmith recalls watching and listening in horror as visiting supporters of QPR produced a drum and started to bang it.

[Five years on] it is still available at this link and has Pete declaring "I have a view on drums at football matches. You can probably imagine what it is" before wishing all manner of ills to those clubs with offending fans.

That, up to a point, summed up my view of John Denver. I was convinced that here was a man with a smooth voice and a repertoire stuffed with iffy songs. I mocked another good friend who is a great admirer of Denver's work, safe in the knowledge I would never relent, not even out of sympathy when the singer was killed in an accident while piloting his own light aircraft at the age of just 53 in 1997.

But unlike Pete Sixsmith, who will take to his own grave an implacable loathing of drums and other noisy instruments on what we used to call football terraces, I have undergone a Damascene conversion. I love John Denver's version of The Bells of Rhymney, the very one I said wild horses couldn't force me to look up when I compared various performances of Idris Davies's poem, set to music by the late Pete Seeger, in Salut! Live's Cover Story series.

Two comments made me think again with a more open mind. First Gerry Myerson posted this at the Cover Story feature:

I wonder whether what you are calling the John Denver version is actually the Mitchell Trio version. If so, I'd urge you to get over your distaste for Denver and have a listen. In my opinion (not, I admit, shared by many), Denver did his best work during his years with the Trio.

And he referred me to the trio's version: [Aug 2022 update: the link later went dead but this seems to work] ...

And when I mentioned the series at the Mudcat folk discussion forum, "JHW" wrote:

New interpretation is one of the joys of the folk scene whether the material is old or new. A newcomer to the song may well sing it 'better' than the writer. It's what we do - rather than the 'tribute band' who try to copy the well known version.

Both made good points. And it is one of the joys of Cover Story that the series has opened my eyes and ears, and maybe those of others, to unexpected discoveries.

I listened to the Mitchell Trio and was interested enough to proceed from there to examples of Denver singing it solo.

In the clip I reproduce, he says it was his solo song with the trio, with whom he rarely played guitar.

But apart from the strength, clarity and sincerity of the vocal delivery, it is his fine work on 12-string guitar that distinguishes the performance just as Roger McGuinn did on the Byrds' hit.

The live version you see above is from the Apollo in London (1982). I mention sincerity because before the Cardiff leg of that or another tour, he toured the South Wales valleys to see for himself the places mentioned in this powerful evocation of miners' lives and struggles.

In his introduction, he credits Seeger with composition without mention of Idris Davies. This is a small issue. I did think he had mistakenly located the song in the west of Wales but, since he was performing in London, his mention of the west of "this beautiful country" may have been a reference to the UK as a whole.

His mispronunciation of Rhymney (Rumni is correct) irks some in Wales, but I have yet to come across any sung version that does not repeat Seeger's error (or was it licence?).

What Denver gave was a wholly convincing interpretation and the least his memory deserves is that I set that record straight and own up to my own ignorance of one achievement while also acknowledging that further exploration could well yield more to make me eat my words.

Among many leaving comments at YouTube, "jayums8882" wrote: "I can simply say that in all the time I've watched stuff on YouTube this is the best performance/video I've ever seen. The anomaly of this apparent 'uncool' guy producing a performance like this should have any critics, contemporaries & audience on their feet in applause."

I shall take that as a valid if indirect rebuke. While I still put my preferred three, in order, as The Byrds/Oysterband and either Seeger or Judy Collins - and I urge new readers to follow the link if only to hear the Welsh poet reciting his own words - Denver's impressed me more than I could ever have imagined. Sorry. 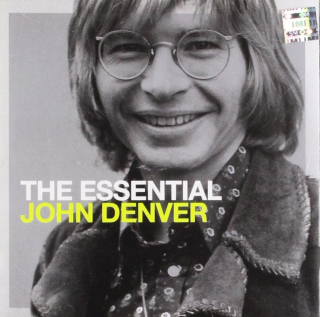 I could find only one album at Amazon on which Denver sings The Bells of Rhymney, a live CD of a concert in Edinburgh, and it is marked either 'one copy left' - at a whacking £41.44 - or no no longer available. That is at https://www.amazon.co.uk/exec/obidos/ASIN/B0083L4DAG/salusund-21 For Denver generally but minus Rhymney, there's The Essential John Denver, a double album almost four times cheaper, at https://www.amazon.co.uk/exec/obidos/ASIN/B004FS273Q/salusund-21

Allow me to sign your conversion sheet... I'm a Denverphobe who is suddenly hooked, too! This is spine-tingling music. I'm almost inclined to put it ahead of the Byrds' version; it's certainly on an equal footing.
The song is also on the "John Denver Live in the USSR" album (who knew he ever did such a thing?) which can be found on Amazon:
https://www.amazon.com/Live-USSR-John-Denver-2013-04-05/dp/B014I6IH88/ref=sr_1_1?ie=UTF8&qid=1507819667&sr=8-1&keywords=John+Denver+Live+in+the+USSR
But the album can also be downloaded from Spotify. I've just added "Bells of Rhymney" to my playlist.

We exchanged a few times on the original "Bells " post . I held for Pete's as the ultimate version . I had heard and seen videos of Denver's version (and Chad Mitchell audio ) , I thought your dismissing of it out of hand was not warranted but I did not think it strong enough of a take on the song to deserve my bringing it up and defending it . I think there is a difference between power and flash . Pete delivered power , Denver flash . Denver's version has a facility to recommend it (or facileness to argue against it ) , but I think it served more ( as He described it's use in the Chad Mitchel Trio ), as a showcase for Denver and quick runs on his guitar and a clear prettiness of voice . He really serves up himself more than serves the song. I did not defend this version of the song because though I thought it shows competence dismissing it made sense as it was not inspired . Somewhat surprising for John Denver did not raise it to a level of true greatness . Pete in guitar and voice delivers the anger and power not cleaned up for prime time or more polite genteel locations . Pretty and flash vs. Power and depth . Denver' s version seems to live in air conditioned rooms . Pete's version , like folk music , sweats . As your Martin Simpson post says folk music is dangerous . Not safe. Love these posts , Colin and Good Luck to Sunderland on the 21st. Best , Stan

Sunderland will be grateful for your best wishes, Stan. I am furious to be missing it, having spectacularly mistimed my annual return for winter in London (all of a mile from the Brentford ground). So I'll be on the roads of France instead. Come to think of it, maybe I'll be spared the sort of embarrassing spectacle my pals have week in, week out: http://salutsunderland.com/2017/10/brentford-v-safc-bees-are-buzzing-after-first-home-win-in-six-months/

... and my unexpected liking of the Denver version doesn't mean I dislike Seeger's, notwithstanding my disappointment at that one live with Sonny Terry. The sum of the parts was greater than the whole!