It is not a case of brutal honesty, just honesty, to suggest that June Tabor is technically a more accomplished singer than Maggie Holland.

Normally, when confronted by a song Tabor and almost anyone else has sung, I will plump for her. She has a voice that belongs up there with the best; few others, in any genre, can match it. There is soul, depth, exquisite phrasing and all the joys of one of the finest examples of humanity's only wholly natural musical instrument.

Why, therefore, do I prefer Maggie Holland's singing of A Proper Sort of Gardener? 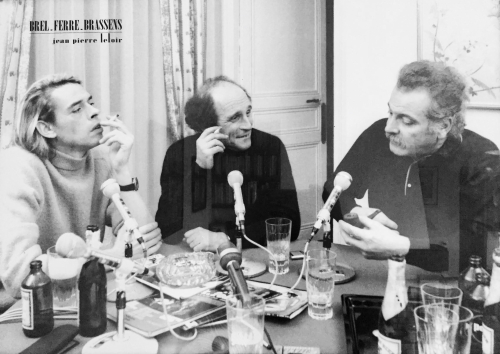 My elder daughter and a friend stayed with us at the weekend in France. Noticing the print (above) that adorns the living room wall, the famous one showing Jacques Brel, Leo Ferré (for once not last) and Georges Brassens, she mentioned that as part of her modern languages degree, she wrote a thesis on Chanson française. Brel, I have been told, had a flat in the little French seaside town, Le Lavandou, where we spend part of the year. The conversation reminded me of an engaging article sent to me by Leon Rosselson, perhaps as close as most get to purveying Chanson anglaise (and with a sharp political edge). It has appeared elswehere (https://medium.com/@rosselson/me-georges-brassens-the-last-chance-a-shaggy-dog-story-cf4b11fc348d and see Rosselson's own footnote about Rock’n’Reel. But I have his encouragement to reproduce it for Salut! Live readers. For more of what has been published here about or by Leon Rosselson, this link should bring up a few items ...

Cover Story: (21) The Bells of Rymney. Pete Seeger, the Byrds or Oysterband

For the latest edition of Cover Story, I invited Dave Chamberlain, who presents a folk show Acoustic Routes on Dapper FM in South Wales, to suggest a candidate. His instant response was to ask whether the series had already looked at The Bells of Rhymney. It had not.

We start, again at Dave's suggestion, with the original words by Idris Davies, a Welsh miner who turned to poetry and teaching.

His verses were adapted by Pete Seeger but later covers have included those by the Byrds, Cher, John Denver, Judy Collins and Oysterband. While simultaneously listening to the Collins version, I watched a remarkable "virtual movie" of Davies reciting his poem; this was produced by Jim Clark, who posted it at YouTube with poetryreincarnations as his username, and I hope Jim will regard its reproduction here, properly credited to him, as "fair use".

A lot has been made of the mispronunciation in most versions - maybe all - of Rhymney. It should be spoken or sung as Rumni. Davies probably helped to inspire Seeger and others in this respect by coupling "what will you give me" with "the Bells of Rhymney", though Jim's film unsurprisingly shows him correctly pronouncing the name of what was his own home town.

Another welcome contribution from Bill Taylor gets Cover Story up to 20. Bill and I go back an awful long way; we were school misfits who somehow managed to get footholds in journalism and ended up being entrusted with the mentoring of young, somewhat better educated recruits. Bill left the North East, first for New York and Pennsylvania, then Canada where he has lived for most of his adult life. I left the North East for London - "you'll be back in nine months," said a friend at my farewell drinks - and have since lived not only there but in Bristol, Abu Dhabi and France. I have not returned to the North East, except to see family and friends and to endure Sunderland AFC. Here, Bill looks at a powerful Bob Dylan song and compares very different versions ...

It’s perhaps not widely known (or perhaps it is) that The Lonesome Death of Hattie Carroll is based on a true story, with Bob Dylan at his journalistic best.

July 2020 Update: this article, one of a few I have posted about different version of a great Richard Thompson song, is consistently the one that attracts most readers to Salut! Live.

I therefore promote it to the top of the home page and am also offering links* to two other items on the same theme, ie the respective merits of various interpretations of Beeswing.

Oh, and thank you for coming here - and please leave a comment if you feel you have something to say.

There have been more than 40 separate items in the Cover Series series. You will find them all listed at this link  - and this is the original Beeswing instalment ... 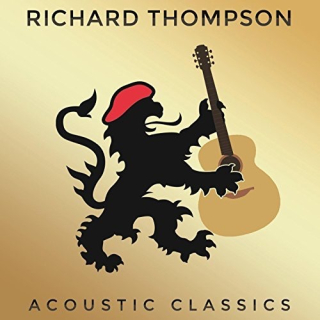 Salut! Live is on holiday. But catch up on a massive folk and folk-rock archive

"What I love about working with you," The Daily Telegraph arts desk sub-editor said when I wrote about folk music for her section of the paper, "is that when I have query, you just ring up the artist and they answer it."

It was true, and remains so to some extent. I may have been a mere hack but I had the phone numbers of most of the people I wrote about, or at least those of people close to them.

Continue reading "Salut! Live is on holiday. But catch up on a massive folk and folk-rock archive" »