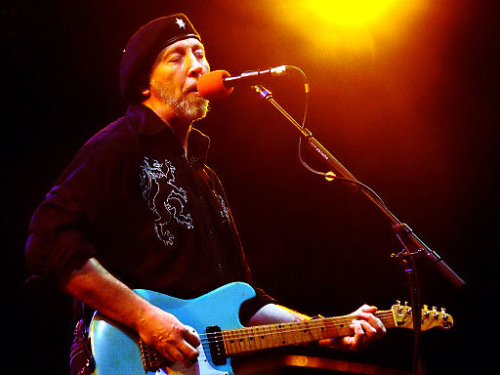 I just came back to this and, rereading the comments, I'm given pause by Ken Sharp's opinion that the sometimes-omitted Romany Brown verse is the emotional heart of the song. I take his point and don't entirely disagree with it (it's Colin I always seem to disagree with!) but the verse never rung entirely true. The woman has a long-time relationship with the narrator of the story but is adamant that she won't be tied down by any man. And then she ups and marries Romany Brown. It's hard to believe and, in a way, perhaps even weakens the song a little.

You have entirely acceptable use of English, Bill, for an adopted Canadian.

The singer has a great voice, Sandy, but why on earth does he sing the changed closing chorus after the first verse? It’s as if he doesn’t respect the way Richard Thompson’s lyrics develop.

Flair Music version adds a modern twist to it and gives this song a new life to bring it back to life for the the new generation. They recorded it for st . Patrisks day 2021 can be viewed on their page on facebook.

Mad dog Mcrea does it perfectly !

I like both versions… but they are Apples and pears really. Moore re-harmonizes
the verses playing simpler major chords
as opposed to Thompson’s contrapuntal,
slightly modal finger style arrangement.
I think it’s the latter that gives Thompson’s version it’s haunting quality.
Moore’s version is “prettier,” more Irish
as opposed to the flintier original.

What about Broken Bandits version?

I don't think this beautiful song can be done wrong, however, Poor Man's Gambit grips me 'more than any other way'.

Firmly in the Richard Thompson camp here too, an amazing song, sung with passion, but Mike Wray's version is also excellent with a more than a hint of Jake Thackery in his vocals. 2000 or so views....
https://youtu.be/0w32PDPyk2w

Love Richards version but like how Christy rearranged the verses. To me that flows better. The Whistlin' Donkeys version is also excellent, perhaps my favourite though I've seen a version where they change the endings evolved chorus and puts in in the first chorus. As it's a live version I think it's probably a mistake as the recorded version is true to Richard Thompsons.

Thompson, Thompson, Thompson! I listened to every version of this where commenters provided links. I had not heard any of these versions before except Thompson's. Because I cannot fault either Thompson's lyrics, or his graceful melody or his ornamentation, I tend to be displeased when others alter the lyrics (Christy Moore and everyone here who follows his version), the melody (Christy Moore et al and Roy Bailey). The marriage to Romany Brown is an integral part of the story -- the woman is so free that she will do anything she wants and then change her mind when it doesn't work out: what she won't do is be told what to do (the "babies on the rug" suggestion). All that said, the linked version that I liked best after Thompson's was Grace Petrie's -- she does leave out the Romany Brown verse due to gender-switching, but her vocal is honest, her guitar-playing lovely and the fiddle a worthy addition. And, by the way, Colin, I agree with you that trying to earn a living is "not recommended."