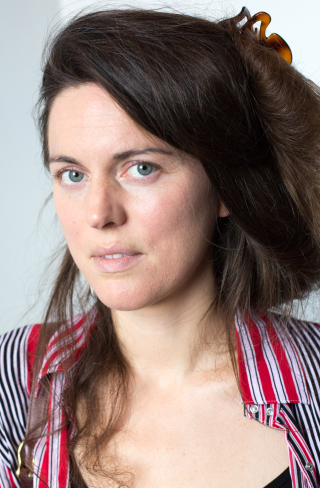 Never let it be said that Salut! Live is stuck in the past. Why, I'm even aware of the fuss Jethro Tull are causing.

But yes, it is important to look at artists much younger than those we saw as young 'uns ourselves back in the 1970s, 1980s and 1990s. It is an especially enjoyable pursuit when fresh talent takes a new look at the same material our older heroes performed.

It is well enough known that I am a long-in-the-tooth admirer of Steeleye Span. I first came across Maddy Prior and (sadly, the late) Tim Hart, pre-Steeleye, one Tuesday night at the Golden Cock pub in Darlington - also the place that Monsieur and Madame Salut first met - where they were the guests at the Folk Workshop.

We are talking circa 1966. Maddy was engrossed in a book in the snug, alone, when I arrived. She explained that Tim was playing darts in the bar but that, as a woman, she was not permitted in those enlightened times for the North East to join him (I remember my dad, a workingmen's club secretary, telling me off because Mme Salut had marched rebelliously off to the bar to order drinks, also banned).

They were wonderful, their songs and banter plus her Lancashire clog-dancing wowing a rather purist audience. And when I later heard Steeleye albums, I was bowled over by the English folk-rock style they made their own. Sheepcrook and Black Dog was a classic of theirs from early years.

Fast forward to Olivia Chaney, the product of a formidable background of musical study including time at the Royal Academy of Music in London. She had already made a name for herself by the time she decided to collaborate with the American band, the Decemberists, with whom she recorded an album of English folk-rock as Offa Rex. It contains Sheepcrock and Black Dog, was released this year and is called The Queen of Hearts.

I find it hard to fault. Chaney sings clearly and strongly. She injects something dark into the song; "it's as if Steeleye Span and Black Sabbath got together and had a musical love child," someone said at YouTube. The introductory section is clever and interesting.

But in the end, I revert to type. I may have been disloyal enough to prefer the Wainwright Sisters' Long Lankin, though both their version and Steeleye's are magnificent. On Sheepcrook and Black Dog, Prior's haunting vocals and the strident but unobtrusive arrangement take my vote.

But check out both for yourselves. Supporting or opposing views will be most welcome ... and I shall be listening a lot more to Olivia Chaney. 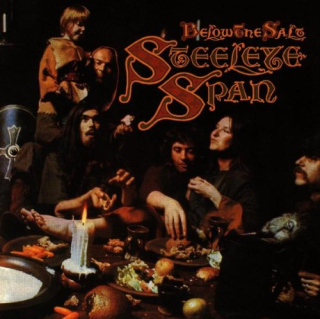 Interesting that you should mention Jethro Tull. There's something about the guitar and drums in the intro to the Offa Rex version that puts me in mind of JT.
Hard to compare Offa Rex's Sheepcrook to Steeleye Span's. It's almost apples and oranges: they could be two completely different songs. The change of pace, almost a tangible, contemplative pause, at about the 1:50 and 3:40 mark of Steeleye is pure magic. And Maddy Prior's wailing (in the best sense of the word) voice is second to none.
As you know, I love hard-rock folk, viz Metallica's Whiskey in the Jar. And I love Offa Rex here. Olivia Chaney is new to me. Like you, I'll be listening to more of her.
So... I choose not to choose. An honourable draw.

Love the way some artists engage .....

I also cannot choose either with a version of a song I love so...