Forget the striking melodic similarities with Boots of Spanish Leather, Bob Dylan's Girl From The North Country is a great song.

But the same debate arises: is Dylan/s version better than an Irish interpretation? The song has a tangled history.

An English folk legend, Martin Carthy, was hugely influential in Dylan's composition of the song after the latter's first visit to London in 1962.

Wikipedia says a little coyly that Dylan "drew upon for aspects of the melody and lyric's arrangement" on the English traditional Scarborough Fair to the extent of including the concluding line of the chorus, "Remember me to one who lives there, she once was a true love of mine".

All of which has echoes of Carthy's protracted but eventually resolved grudge against Paul Simon over the Simon and Garfunkel hit Scarborough Fair.

Back to Girl From the North Country. Wikipedia tells us of debate on the subject of the song.

Some claim former girlfriend, Echo Helstrom, and some Bonnie Beecher, both of whom Dylan knew before leaving for New York. However, it is suspected that this song could have been inspired by his then girlfriend, Suze Rotolo. Dylan left England for Italy to search for Suze, whose continuation of studies there had caused a serious rift in their relationship. Unbeknownst to Dylan, Rotolo had already returned to the United States, leaving about the same time that Dylan arrived in Italy. It was here that he finished the song, ostensibly inspired by the apparent end of his relationship with Rotolo. Upon his return to New York in mid-January, he convinced Rotolo to get back together, and to move back into his apartment on 4th Street. Suze Rotolo is the woman featured on the album cover, walking arm in arm with Dylan down Jones Street, not far from their apartment.

Dylan's version is hard to fault.

The live performance I show profits from the absence of slickness. He could almost be a geeky lad getting up in his local folk club to try his hand at a song he's just learned.

And I simply love Altan, full stop. There was a time I considered the founders, Frankie Kennedy and his wife Mairead Ní Mhaonaigh, as friends, not an especially close relationship since we met only at music events but warm and positive all the same.

I was devastated when Frankie died from cancer at the age of just 38, having watched him fight illness so stoically, and have remained in electronic contact with Mairead.

Seven years after Frankie's death, the continuing Altan band released the Dylan song on version on their 2000 album, Another Sky.

Mairead's vocals, as always, are sublime, the accompaniment sensitive and uncluttered. Altan are consistently the Irish band I enjoy most.

But do I prefer their cover of Dylan's song? On this occasion, the answer is probably no, excellent as I believe it to be. Dylan's words, or the ones he did not borrow from the English tradition, were driven - we are told - by personal anguish at a lost or ailing relationship and that alone makes his delivery of them so compelling.

And I like what he was doing back then a good deal more than what he went on to do many years later.

My concessions to Mairead and her colleagues are easy: preferring Dylan on one song does not amount to the least criticism.

And anyone who tarries after the YouTube clip of their version of Girl From the North Country will hear some outstanding further examples of their work.

* Dylan included the song on his second album The Freewheelin' Bob Dylan: get it here 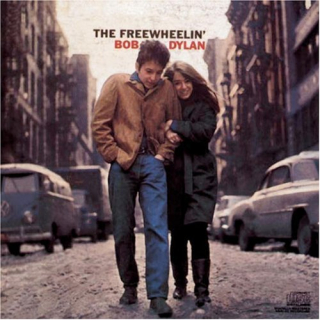 Sorry, to these ears Altan's version is a total aberration, much too concerned with pretty-pretty harmonies and stylistic grace notes. It's a problem a lot of artists have had with Dylan's material. Just sing the song, for god's sake!
A lot of illustrious performers have tried to bring it off... Crosby, Stills & Nash (minus Young), Robert Plant, Keith Richards, the Black Crowes, Johnny Cash (there's an interesting, sort-of-impromptu duet with Dylan to be found on YouTube) and Neil Young (minus Crosby, Stills & Nash), another of those weird videos where he's singing in an old record-your-own-voice booths:
https://www.youtube.com/watch?v=9f5uwwcOpB8
It's a decent version but again really doesn't come close to Dylan's brilliant original. It's one of those songs of his that are so simple, they're very difficult to bring off.
If you read Toby Thompson's wide-eyed and wonderful "Positively Main Street," Thompson is pretty sure that Echo Helstrom was the subject of the song. The book, first published in 1971 and reissued, in a revision version, in 2008, was the first "biography" of Dylan, written by a young university graduate who was an unabashed fan. He never actually met the man himself but talked to lots of people, including Helstrom and family members, who saw Dylan grow up in Minnesota. It's a terrific read.
This is a 2011 interview with Thompson about his book:
http://english.la.psu.edu/faculty-staff/cwt1

Lest anyone should think this series is really just a dialogue - I post my thought, Bill adopts a contrary view - please be assured all comments are welcome.

In a private Facebook exchange, Mairead from Altan found my preference for the Dylan version easy to understand: 'I agree, how could I possibly have the same emotions in those words compared to Dylan's anguish and distraught [outlook]?'