Newport and Cambridge folk festivals: a marriage made in heaven? 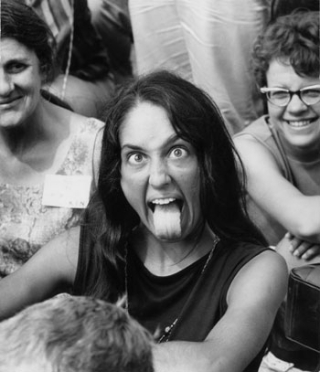 From my old friend Claire Horton, a steadfast folk and roots publicist, comes news of an exercise in town twinning that may well outstrip the link forged by Bishop Auckland and the Parisian suburban town of Ivry-sur-Seine (my parents couldn't afford to send me on the school trips, but I did play badminton there much later while living in Paris). Two of the world's greatest folk festivals - Cambridge (UK university city, not Massachusetts) and Newport (Rhode Island, not IoW) - are coming together in what Claire calls a "historic twinning" that will herald a "unique new transatlantic artistic relationship".

Newport (July 28-30 this year) is fixed in any folkie's consciousness. I have never been, except in spirit and via film. But I have attended a few Cambridge folk festivals and, having once been a little sniffy about the eclectic mix of music on offer, came to love it.

Cambridge Folk Festival (July 27-30 this year) has always tested the boundaries of folk with its programme and we are excited to be working with and learning from a festival that has the artistic heritage and ambition of Newport. Twinning with Newport will allow both festivals to explore unique and extraordinary artistic opportunities that will excite audiences on both sides of the Atlantic.

We are excited that from next year Newport Folk Festival will be twinning with Cambridge Folk Festival. This move will allow us to share ideas, experiences and some artists from two festivals that have grown up together and in their own way played a role in shaping the folk music landscape on both sides of the Atlantic. This partnership will allow us to bring a little bit of Newport to Cambridge and vice versa.

Claire says full details of the twinning will be confirmed after this year's events.

Folk festivals are SUCH a mixed bag. The last time I saw Joan Baez perform was in the mid-1980s at the Mariposa Festival, north of Ontario. She was not at her best.
The last festival I was at was 2003 in Port Fairy, New South Wales. My late, much-missed friend Greg Hill was there with his songwriting and performing partner Kerryn Tolhurst from the early-1970s roots/country rock band Country Radio. It was immensely popular in Australia and this was the first time they'd toured since then. Lesley and I were with them for the first two weeks - nice to act as roadie and say, "I'm with the band" - and were blown away by the reception they got. Greg was chatting backstage at Fort Fairy to a guy he introduced as Chris. Greg went off and Chris and I had a beer together. It wasn't until quite a while after that I learned it was Chris Copping, bass player for Procul Harum. Then there was the night Greg was playing his regular week gig at a bar in Toronto when a guy with a beard came in, greeted him warmly and asked if he could sit in. It was Garth Hudson, keyboardist with The Band and Bob Dylan and veteran of Woodstock...
Here's a clip of Country Radio playing the Australia equivalent of Woodstock in 1973:
https://www.youtube.com/watch?v=JYcUF7D-LmU