Home Archives Profile Subscribe
Live at the Gecko, with apologies to Ralph McTell and the Animals
Cover Story: (10) Bert Jansch or Neil Young. Needle of Death

Cover Story: (9) Leonard Cohen or the Drifters. One last dance 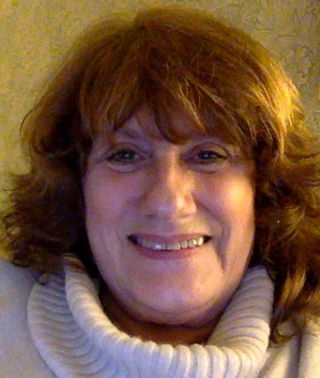 Cover Story - see all items in the series here - goes from strength to strength. My second guest contributor, Sue Nicholson, is - like Bill Taylor - someone I worked with decades ago in the little district offices of the Northern Echo, Evening Despatch and Auckland Chronicle above Bell's insurance company in Bishop Auckland. They were lively days, affectionately remembered (didn't Mr Bell raise a polite but firm protest when we mistook our office for a football pitch and a less polite but firmer one when a window was accidentally smashed?).

Sue volunteered this fascinating comparison of the Drifters' classic, Save the Last Dance For Me, pointing out that it was, for Leonard Cohen, the song he chose to close concerts on his final tour (what you see was recorded in Auckland in December 2013 - yes, that's the other Auckland) while the Drifters are captured in live performance in 1974 ...


Save the last dance for me, Mr Cohen

For decades Leonard Cohen was regarded as the singer to slit your wrists to. Difficult to categorise, he was generally thought of as a folk singer - with favourites such as Suzanne and So long, Marianne sung in clubs to this day.

But he was a poet (not in the harsh view of Leon Rosselson, Sue - Ed): his songs, many originally published as poems, were delivered with a morose air and minimal guitar strumming. Many artists have taken Cohen’s songs and tried to make them their own. Just last week someone told me they hadn’t realised he wrote Hallelujah…

In later years his voice deepened to a gravelly bass; he added sax, keyboards and strings, soaring female voices and wry smiles to performances. He chuckles in Tower of Song:


‘I was born like this, I had no choice
I was born with the gift of a golden voice.”


On his five-year renaissance tour he told stories about his writing with candour and humour. His mother, he said, would have been appalled at the lyrics of Chelsea Hotel - but Janis wouldn’t have minded.

In these concerts, Cohen surprised and delighted audiences with a stunning cover.

In trademark suit and Fedora, he would finish three+ hours on stage with a sultry version of The Drifters' Save the Last Dance For Me.

The original is upbeat with a doo-wap rhythm, the Drifters synchronised in slick suits and sharp dance moves, the epitome of the 50s.

LC performs it as a caressing love song, alone centre stage. He brought fans to their feet with his sensuous delivery. Lucky to see him live in Dublin, Barcelona and Leeds, I admit I went weak at the knees for a man in his late 70s.

As he became frailer, I thought of it as an epitaph - a cover which will see him to the end of time.

Tags: Drifters, folk, folk-rock, Leonard Cohen, Save the Last Dance for Me

I am sure you must have been above such infantile antics, Sue! You were better brought up than the rest of us ... thanks for a very nice contribution to the series

Let's get the history out of the way first. The broken window was caused during an impromptu football game. I think it may have Alan Sims who put Peter Bibby's hand through the window. Our main fear was that Bill Oliver the photographer was parked nearby and if he'd noticed would have turned us in to head office without thinking twice. We had the window quickly and efficiently with an office whip-round. I remember Mr. Bell's other complaint well - I've always thought of it as one of my finer moments. It was Christmas Eve and drink, as they say, had been taken. Mr. Bell came up, aggrieved because we were interfering with his money-lending. As he turned to leave, I was inspired to observe, "You're in the right business... Scrooge." He was not pleased.

Now to the music. I was a huge fan of Leonard Cohen but I think this version of "Save the Last Dance For Me" was truly awful. I'm not crazy about the Drifters' original. I prefer the slower-tempo version done by Ben E. King after he left the group. I saw him do this at Stockon (Odeon?) on one of those four-songs-and-off tours headlined by Jerry and the Pacemakers. I was 14 so that would be 1962 or early '63. For my money, though, the best version is by Harry Nilsson from the 1974 "Pussy Cats" album produced by John Lennon. The voice, the tempo, the backing, the mood... perfect.

Whoops! Forgot to attach it...
https://www.youtube.com/watch?v=FrRUgkSV8SE

Bill and I are having a friendly dispute over this. The Nilsson version should creep back to the lost weekend he had with Lennon!