This is the first guest instalment of the Salut! Live series Cover Story, which looks at different versions of the same songs. Bill Taylor, who has graced the pages of three other sites* within the Salut! group, bases his contribution on the premise that there is nothing outlandish about the notion of Bruce Springsteen as folk singer. Having stretched Salut! Live's customary reach to embrace Lesley Gore, I can hardly raise too strong a protest. Here, Bill compares two versions of Racing in the Street, The Boss's own and a cover by Serena Ryder, a native of Bill's adopted city, Toronto ...

If Lesley Gore, with no ostensible connection to folk music, can make it onto Salut! Live, then what about Bruce Springsteen?

And let’s the raise the stakes. Leaving aside the gaunt, stripped-down social commentary in his 1982 album Nebraska and, in 1995, The Ghost of Tom Joad (which won a Grammy for best contemporary folk album), I would argue that some of Springsteen’s harder-rock compositions count as folk music.

One in particular is Racing in the Street, from the 1978 album Darkness on the Edge of Town, even though it features a riff adapted from Jan & Dean’s wonderfully awful 1963 pop-song, Dead Man’s Curve. Bob Dylan has lavished praise on it.

I’m offering up two versions here, one by Springsteen with a simple piano accompaniment, rather than the full E-Street Band:

And a gorgeous cover by Serena Ryder, playing acoustic guitar with a second guitar as backup:


Note that Ryder doesn’t change the gender in the song, just as Dylan and other male singers doing House of the Rising Sun sang “It’s been the ruin of many a poor girl and me, oh god, I’m one”. When Eric Burdon changed it to “poor boy” in the Animals’ 1964 hit, he threw away the heart of the song.

Racing in the Street is narrated by a guy with a dead-end job, a girlfriend on the edge of despair, and nothing more important in his life than the souped-up car he drag-races illegally on the streets for money. If there’s any hope of redemption or escape for him and his girl, it lies in this car.

It’s less so now but weekend street-racing used to be quite prevalent across North America with drivers who could be regarded as semi-professionals riding from town to town, going up against the local hotshots and, as often as not, taking their money. Every dime they made went back into the car.

(The cult-classic 1971 film Two-Lane Blacktop – with James Taylor, in his only movie role, playing the driver – illustrates this perfectly.)

The Beach Boys and Jan & Dean sang fun-in-the-sun songs that – apart from the odd mawkishly morbid one – were filled with youthful optimism.

A decade or so later, Springsteen was able, with an underlying compassion, to illustrate the loneliness and disillusionment that had taken over their blue-collar, workaday lives. He understood because he grew up among these people. Until he did a U-turn away from the dead end, this was his life, too.

The song he turned it into is a folk song, for sure. A hundred years from now, Racing in the Street will stand as a window into what used to be, before robots took over the factories and cars started driving themselves. 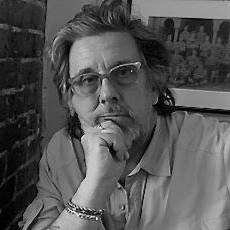 * Examples of Bill's writing for my other sites can be seen at Salut!, Salut! Sunderland and Salut! North)

I know this song well as I was a big fan of the Darkness album, I much prefer this Bruce to the shouty rabble rousing Bruce that he is often potrayed as. Another song on the album, Factory, covers familiar working class themes and I would also class as a folk song. As for Serena? Well she's a new name to me and that rendition literally gave me goosebumps, it was gorgeous and heartfelt, I will certainly be investigating her other work, a few idle hours on Youtube this afternoon for me.

If a folk song is a lyric which documents people's lives, Springsteen provides them in spades. This has made my morning.

A late post, but as a Bruce fan , what strikes me is the difference between his album version which is about your, and this version which seems so much more melancholy. It's a bit like Clint Eastwood and Dirty Harry become Grand Torino. But , all class