Home Archives Profile Subscribe
Cover Story: (11) Christy Moore or Mary Coughlan. Ride On and horses for courses
Cover Story: (13) The Night They Drove Old Dixie Down. Baez or The Band

It is hard to believe (as I update this introduction in 2021) that more than 70 years have passed since Ewan MacColl wrote his second best known song, Dirty Old Town.

MacColl composed compellingly on many subjects, from the challenges of modern society to travelling people and the anti-social ways of landowners to the everyday lives of trawlermen, tunnel labourers and apprentice fitters.

He was a demanding character; our folk club in Bishop Auckland had to drop plans to book him when we saw his list of conditions about the nature and composition of the makeshift stage and audience discipline.

Which of many versions of Dirty Old Town would have won his approval? Some readers may know the answer.

Bill Taylor (that's him above) offers his own preferences for the Cover Story series, his appearances on these pages illustrating how  open they are to guest contributors ... 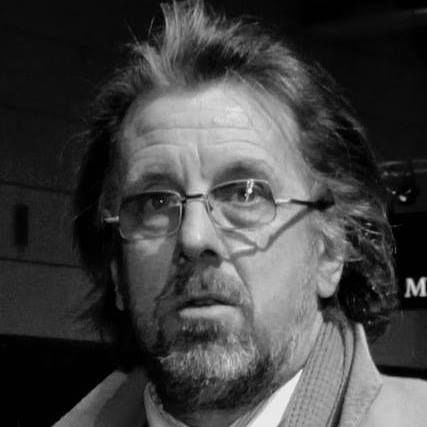 As songwriters go, Ewan MacColl was the Paul McCartney of folk music. McCartney has churned out upwards of 200 songs, some profound, some beautiful and some downright annoying… “Simply having a wonderful Christmastime…”

MacColl, too, could knock you off a good, bad or indifferent ditty at the drop of a herring fisherman’s sou’wester, to suit whatever the socially unjust or otherwise significant situation.

I don’t mean to sound cynical. But the man even almost out-McCartneyed McCartney with, of all things, a pop song. I’ve heard it said that MacColl came up with The First Time Ever I Saw Your Face after betting someone he could pen a chart-topping hit.

In reality, he wrote it for Peggy Seeger – later to become his wife – in 1957 and the couple sang it in folk clubs all over Britain.

Roberta Flack first recorded it in 1969 but it wasn’t until three years later that a different version won her two Grammy awards and became Billboard magazine’s song of the year.

The First Time Ever I Saw Your Face has been recorded by more than 100 people. But it’s two versions of another well-covered song that I want to compare.

To me, Dirty Old Town is one of MacColl’s best, though it was done (back in 1949; hard to believe) simply as a between-scenes fill-in for a play he’d written.

The song is about Salford where MacColl (real name James Henry Miller) was born and raised.

The line usually rendered as “I smelled the spring on the smoky wind” was changed from “the Salford wind”.

It’s become a folk standard, with perhaps the Dubliners’ version most widely known. I’ve never been a huge fan of theirs and that one does nothing for me. Similarly, I find MacColl and Seeger’s original rather thin and bloodless. But the Pogues did a lovely arrangement on their 1985 album Rum, Sodomy and the Lash.

From the wailing harmonica at the start to Shane MacGowan’s rough but tone-true vocals to the country-flavoured instrumental break – non-Pogue Tommy Keane front and centre on uillean pipes – this is rich and complex, full of character.

The one thing that jars is that MacGowan seems to be singing “burly old town.” Maybe it’s his teeth.

It’s not my favourite, though. That was by the Ian Campbell Folk Group on their 1965 album Contemporary Campbells.

A lovely, contemplative interpretation with the lyrics plaintively sung by Brian Clark, and Dave Swarbrick on mandolin. It’s deceptively simple; there’s a lot going on.

A mainstay of the British folk revival in the 1960s, Campbell’s group has since fallen almost out of sight.

But in its heyday not only was Swarbrick a member, other notables who performed with the band included Spencer Davis, Christine McVie (Christine Perfect, as she was then) and Dave Pegg.

The group’s albums are worth seeking out, especially Contemporary Campbells and Coaldust Ballads, also released in 1965.

It includes an array of traditional Geordie “standards”. some lesser-known songs from the region and – you guessed it – a couple by Paul McCart… sorry, Ewan MacColl. Someone must have dropped a miner’s helmet.

* Albums mentioned here can be bought from the Salut! Live Amazon record shelf. The Ian Campbell Folk Group's Contemporary Campbells, containing Dirty Old Town, can be found at this link; the Pogues' Rum, Sodomy and the Lash here. Look to the right and/or scroll down and you will find links to many other albums that have been featured at Salut! Live

I'm not really a folkie, but I do like lots of folk songs of varying styles, and I've been following this series with interest. This song is one of my favourite (what I would call) "traditional" songs. I didn't like the Ian Campbell version at all. The vocal is way too sanitised/pasteurised with BBC-type enunciation which is incongruous to the lyric and the feel of the song. Pogues version much better, as is the Dubliners and a lot of other "amateur" bands I've heard play it with a lot more feeling.

Welcome here, Mick. I wondered whether music would be enough to draw you to Salut! Live in the same way shared masochism takes you to SalutSunderland.com and our dispute over andouillettes draws you to the other site.

I am inclined to agree on the Ian Campbell group. I remember liking them but your observation on the vocals is valid and probably could have been said about a lot of folk artists of the same generation, even when - as in Campbell's case - they had strong socialist principles. Folk has always struggled for acceptability; did they fear they would be taken seriously only if their singing was Sunday-best? Swarb's mandolin playing is spot on.

I am less sure that the Pogues, striving so hard for the tough-of-the-track style, are the answer I am looking for and settle happily for the Dubliners' version since the vocals are from Luke Kelly, my Irish male singer of choice.

Fair points from both of you, though I think you're selling Brian Clark a bit short. Still, to each his own. I wonder if Christy Moore has ever done this one?

A friend in Exeter just sent me this and I couldn't resist sharing it -- perhaps the worst music Ewan MacColl ever wrote... though the end credits say "Ewan MacCall" so perhaps it wasn't him! Anyway, the film itself might resonate with you, Colin, and take you back to your 12-year-old self. It did me, especially at about the 7-minute mark when the Majestic dance hall in Darlington was featured. I used to go there (though not when I was 12).
https://www.youtube.com/watch?v=qBvd-dr_o88

Colin, you say MacColl was demanding, I'd love to know more of his unreasonable conditions. From what I know of him he was arrogant, pompous and self righteous. I heard a BBC radio documentary about him a few years ago and he came across as a very unlikeable character. He used to run singing workshops, I think at his house, where he would tell anybody who would listen the correct way to sing folk songs, anybody who disagreed or questioned him was told to pipe down and possibly hoyed out! I also think he was a bloody awful singer, he always sounded as if he was preaching to the listener. His version of Dirty Old Town is painful, only his missus' input is bearable, it even sounds like Acker bloody Bilk makes an appearance! A fine example of the original not being the best. And he was an admirer of Stalin! Charming eh!? Dirty Old Town is a fine song though.
Ian Campbell's version is OK but a bit too clean for me. The Pogues nail it, rough and raw and just about perfect, a dirty old song needs a dirt old vocal delivery.

The Guardian ran a piece on Jan. 25, 2015, to mark the centenary of MacColl's birth. There's a very telling quote from Shirley Collins, who was also a major figure in the '60s and '70s folk revival. She mentions the Critics Group, the singing workshop at his house that Jake refers to:
"Ewan had quite a pernicious influence on folk music, I think. People who went to the Critics Group ended up being moulded by him, sounding the same. Folk music should be about reflecting music from the regions, the different voices, the roots of it. You couldn’t differentiate anything with his approach.
"I first met him when I was 20 and my antenna went up straightaway. I genuinely don’t want to be unpleasant, but he was unpleasant to me, quite sexist, and pretentious and pompous – words that should never be applied to a folk singer. He said to me that I shouldn’t wear nail varnish. What a wretched thing to say to a young woman with an interest; what a way of putting someone down.
"He was self-invented; there seemed nothing truthful about him, and that’s always concerned me greatly. He was an actor, really, even as a singer. The way he’d turn his chair, sit astride it, put his hand to his ear... my heart would sink. I know it’s not fair as he’s not here to defend himself, but I’ve had my opinion since I first met him, and I’ve not seen any reason to change it.
"He was a talented man, yes – you can’t get away from that – who made some fine pieces of work, but he could never reach me like a traditional singer could, someone like George Maynard or Harry Cox. His influence now? Things have opened up. Nobody has to listen to what other people are saying. People are going their own way. That’s the way it should be."

Interesting version by Steve Earle. Maybe not the best but enjoyable all the same ...https://www.youtube.com/watch?v=JGjzIli8i2o&feature=youtu.be. With thanks to @bulldogwgr at Twitter for the link