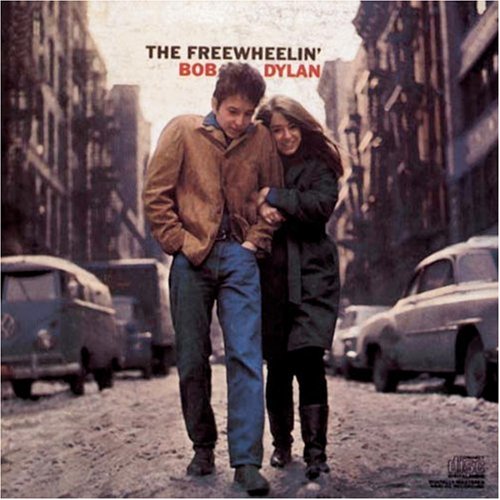 
Cover Story is one of the most interesting series Salut! Live has run. Yes, I would say that, wouldn't I? It has plenty of steam left in it - Joan Dawson, who suggested From Clare to Here, says I should also look at the Natalie Merchant/Christy Moore versions of Motherland - and I have others up my sleeve.

Over at the parent site - Salut! - I alerted readers to the series. This is how I did it ...

If my websites - okay, blogs if you must - began with Salut!, they do not end here. I try to avoid posting too much about football, folk music or the North East since they are covered adequately in their own habitats (except for poor, neglected old Salut! North and its infrequent memories of/thoughts on the North East).

But amid all else, I am keen to push Salut! Live a little. I have put a lot more effort into it of late and this has been rewarded, if only modestly, by an increase in readership.

But I know some of Salut!'s readers do quite like at least some of the music I write about at Salut! Live. And everyone has opinions on which is the better version of this or that song. That is the subject of a current series. So far, I have looked at:

* Don't Think Twice It's All Right - my unfashionable view is that Joan Baez does it better than Bob Dylan, her former boyfriend and the song's writer (though another ex inspired the song), and not just because she is unquestionably a more accomplished singer.

* From Clare to Here: a lovely song of Irish emigration, in this case telling the story of a navvy who works and lives hard in London while missing what he has left behind in County Clare. Versions considered: those by the song's writer Ralph McTell, the American singer and songwriter Nanci Griffith and, my favourite, the North East's own Bob Fox.

* Long Lankin a chilling example of what the English folk tradition calls "murder ballads".
Steeleye Span did it as folk-rock, quite brilliantly in my view, but I have just come across a sensational version by the Wainwright Sisters.

* Our Town: I have no idea whether Iris DeMent had in mind Paragould, Arkansas, where she was born, or Cypress, California, where she grew up, when she wrote the song. I love her singing of it - but slightly prefer Kate Rusby, who could be singing only about Barnsley.

Please give the series a look, see if you like any of what it presents and let me know, here or there, what you think.

Don't Think Twice It's All Right: I've already had my say on this (Dylan over Baez with the Leftover Cuties' version now in the no. 2 spot). Baez a more accomplished singer, though? Horses for courses. Dylan is perfect for Dylan, just as Shane MacGowan is perfect for Shane MacGowan. Though I've heard Roger Daltrey sing opera (a creditable MacHeath in The Beggar's Opera)

From Clare to Here: The more I listen to Ralph McTell (and except for a few songs, I've just about given up) the more I think he's overrated as a songwriter. The subtext of a lot of his output is how sensitive HE is. And his voice can be way too syrupy. I never liked Streets of London; now I find it execrable. From Clare to Here is one of his better songs and he sings it well. But I'll take the quirkily wonderful Nanci Griffith. As an aside, her harmony singing on this live version of Richard Thompson's superb "Vincent Black Lightning" is both idiosyncratic and breathtaking -- https://www.youtube.com/watch?v=c23wXD7lU10

Our Town was DeMent's first song and inspired neither by Paragould nor Cypress; rather, she says, by driving through "your typical dead town there in the Midwest, a lot of boarded-up windows, little white buildings with peeling paint, all the life had gone right on out of it." I'm not crazy about DeMent's countrified twang so Rusby's version for sure. Yeah, absolutely Barnsley.

I have just heard June Tabor's version of Don't Think Twice It's Alright and it's a clear winner. It is on the new Quercus Album (Nightfall). I've listened to it 3 times today and am having to start rationing myself. It's slowed down and underpinned by Huw Warren's jazz (slightly Abdullah Ibrahim) chords and is utterly beautiful. Recognisably the lovely song it is, but re-born. If I were being ultra-picky, the odd chord is a little heavy for me and June appears to put an "H" on the start of the word "Ain't" - however, I 'm not a picky person and I love, love this version.

PS.. I've heard it before but the new version also has the wonderful playing of Iain Ballamy on saxophone ... well worth a listen even if you know it already