Home Archives Profile Subscribe
Vin Garbutt RIP: if the river Tees could sing, he would be its voice
Two John Norths: Vin Garbutt as remembered by Mike Amos 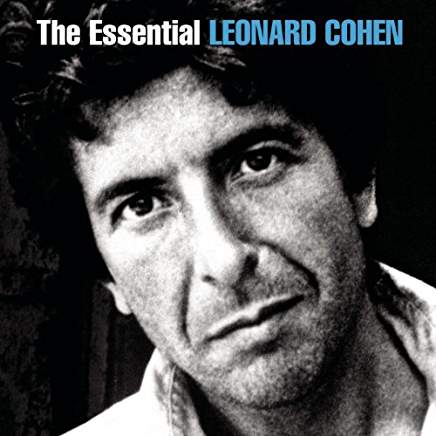 When I previewed, reviewed and otherwise wrote on folk music and its various offshoots for The Daily Telegraph - I worked there for 29 years, mainly on news, without ever inhaling - my admiration for the work of Leon Rosselson was well known. It was even tolerated. The arts desk was quite flexible in any case but one of my devices was to praise his supreme wordcraft while injecting the occasional raised eyebrow at the subversive sentiments found therein. To me, I suppose, he was a great poet who happened to put his poetry to music.

Rosselson and I have occasional e-mail banter to this day. He sent this article to me with the typically challenging thought that I would be unlikely to agree with him on the case he advances - namely that to describe a song as poetry, far from being a compliment, is as insulting as it gets. What follows is a carefully argued but, in parts, hugely critical polemic that calls into question the value of all Leonard Cohen's work and some of Dylan's. Maybe I should stop practising their songs on my new guitar. I won't - but I may come back with a response to Rosselson's arguments ... 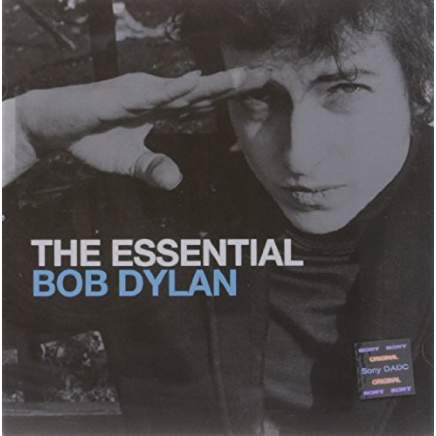 Song and Poetry — Stand Up Stand Up for Song

People often describe songs they particularly like as poetry. It’s meant to be a compliment. To laud a songwriter as a poet is supposed to be the ultimate accolade. From my perspective, it’s more like the kiss of death. It downgrades song. The inference is that the song lyric is not important enough or creative enough in itself but must be raised in status by labelling it poetry. It misunderstands the different ways in which song and poetry work.

In this country, though not, for instance in France, most people have low expectations of song. Simon Armitage, a poet, was quoted in The Guardian as saying ‘good lyrics often do what you are taught not to do in poems: clichés, cheesy rhymes, mixed metaphors.’

This, the condescending voice of poetry, is an insult to those of us who take the song form seriously and suggests Armitage has been feeding his brain on an exclusive diet of crap songs in the market place. Song is not an inferior form of poetry. It’s a creative form in its own right and should be judged by the same high standards as any other art form. A good song is as difficult to write as a good poem. The technical restraints are, in fact, greater. But a song is not a poem.

Bob Dylan was awarded the Nobel Prize in literature, not for being a sparky songwriter, but ‘for having created new poetic expressions within the great American song tradition’, whatever that means. In my view, he should have refused it. Why allow his free-roaming songs to be tamed and safely tucked up in bed inside a box marked ‘literature’?

As for ‘new poetic expressions’, some might argue that the nearer his songs got to ‘poetry’ the worse his songwriting became. From fine songs like A Hard Rain’s Gonna Fall and The Lonesome Death of Hattie Carroll, rooted in an observable reality, to the free-floating images of Gates of Eden seems less like an ascent into poetry than a descent into gibberish.

One of the problems with songwriters who aspire to poetry is the belief that poetry equals mystification and obfuscation and that poetic language should be clotted and opaque. This is a delusion.

And I always thought: the very simplest words
Must be enough. When I say what things are like
Everyone’s heart must be torn to shreds.
That you’ll go down if you don’t stand up for yourself
Surely you see that.
- Bertolt Brecht

In his memoir, The Mayor of MacDougal Street*, Dave Van Ronk, who was, I guess, Dylan’s political mentor and who never downplays Dylan’s talent, made some shrewd observations about the way songwriting in the sixties became self-consciously poetic, absorbing influences from, for instance, French symbolist poets. The more self-consciously ‘artistic’ the songs became, he writes, the less interest he had in it.

“The whole artistic mystique is one of the great traps of this business, because down that road lies unintelligibility. Dylan has a lot to answer for there because after a while he discovered that he could get away with anything — he was Bob Dylan and people would take whatever he wrote on faith. So he could do something like All Along the Watchtower, which is simply a mistake from the title on down: a watchtower is not a road or a wall and you can’t go along it.”

He is surely right. Or maybe he isn’t. Who knows? Who knows what goes inside the mind of Bob Dylan? The answer, my friend, is blowing in some windy corner of the brain of Professor Christopher Ricks who has spent half a lifetime obsessively analysing and deciphering everything Dylan has ever doodled and unearthing, or inventing, meanings that even Bob himself was unaware of. True, he recognises that song is not poetry and doesn’t exist without the music but that doesn’t stop him from scrutinising Dylan’s texts in order to prove — what? That Dylan is more than a songwriter, he’s a poet. Because being just a songwriter, even a talented songwriter, even a brilliant songwriter is not good enough.

Song and poetry are in many ways opposites. Poetry is subjective. The poet observes closely and interprets for us. The ‘I’ in a poem is nearly always the poet her/himself. The ‘I’ in a song should not be the songwriter but a persona, an adopted character. A proper use of rhyme is, in my view, important in song. Not so, of course, in poetry. Song at its best tells stories about people — like theatre where the playwright does not intrude into the drama. And, like theatre, song only exists in performance. Making things up is what song is about. Of course, this is not true, on the whole, of song in the market place which purports to tell us what the singer/songwriter is feeling and asks for our sympathy. And our money. This is the song lyric as a not very interesting commodity. It is not true, either, of many political/protest songs which usually tell us what to think and which are important in creating solidarity, particularly on the barricades (where are the barricades?), but which are not the best use of the song form. Song should be a work of imagination. The only thing song and poetry share is a love and careful use of words.

Show me a songwriter who strains to deliver ‘the poetical’ and I will show you ... Leonard Cohen.

Dylan came to songwriting via the ‘Great Folk Scare’ of the 1960s. He listened to and absorbed everything he heard from Woody Guthrie and Ramblin’ Jack Elliott to Martin Carthy and so knew, even when he thought he was Rimbaud incarnated, that song is best as a narrative form. 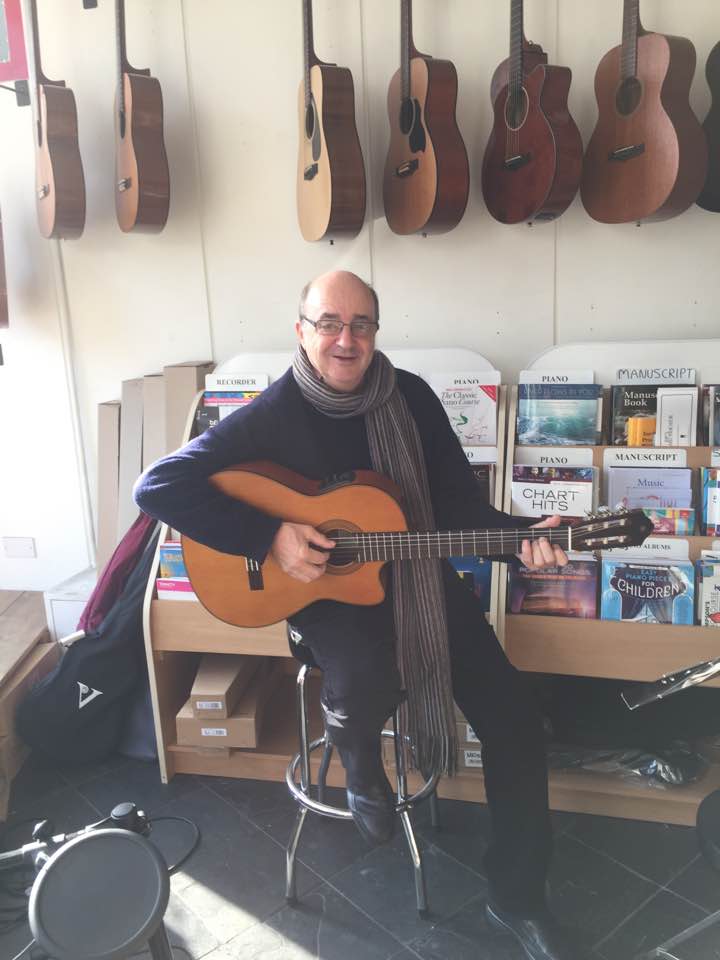 Leon would be horrified: me, on the day Cohen's death was announced, trying out the first guitar I've bought in 30 years and probably warbling That's No Way To Say Goodbye

Cohen came from the world of poetry and this partially accounts for the weaknesses in his songwriting. The range of his subject matter is remarkably small. In fact, his interests as expressed in his songs can be narrowed down to one: himself.

He had no imagination. He was incapable of making up stories, of inventing characters which are the warp and weft of song. As he himself said, ‘I have a very poor imagination, so I’m a kind of journalist reporting as accurately as I can.’

That means he is mostly reduced to, as he says, being a kind of journalist reporting on his various relationships, the most uncreative use of the song form.

His song forms are limited, his technique slipshod. In So Long Marianne, for instance, he has perfect rhymes (park/dark), half rhymes (palm/home) and non-rhymes (much/us). Does it matter? That’s like asking if it matters that the table you’ve just made has one leg shorter than the others. ‘A good lyric should not only have something to say but a way of saying it as clearly and forcefully as possible — and that involves rhyming cleanly.’ (Sondheim) Or, at least, being consistent.

It’s not, of course, that he didn’t understand rhyme. Suzanne, the song that catapulted him from poetry into songwriting, was written as a poem, and, though I distrust its obscure (because private) references, its pretentious Jesus verse, its flow of words and images that bypass the brain, it is more carefully written than much of what he wrote as song.

This suggests to me that, like Simon Armitage, he considered song as an inferior form of poetry so it didn’t matter and he could get away with ‘cheesy rhymes’, padded out lines (‘Your letters they all say…), nonsensical similes (‘Your hair upon the pillow/Like a sleepy golden storm’), metaphors strained & verging on the risible (‘I’m standing on a ledge and your fine spider web/Is fastening my ankle to a stone’).

When he ventures away from me me me songs, he becomes vague and obfuscatory, throwing in religious references and hinting at a profundity he cannot attain. What I hear when I listen to Hallelujah or First We Take Manhattan is a hollow drumroll signifying nothing.

His songs are melodically sterile.

Song is a way of engaging with the world. Cohen’s songs do not do that; or, on the rare occasions when they do, as in his reworking of the Story of Isaac — which was done rather better by Wilfred Owen — he becomes curiously evasive and ambiguous. It is difficult to know, from his songs, whether he had any view on what was happening in the public world, as opposed to what was happening in his personal relationships. He enlisted in the Israeli army in the Yom Kippur War of 1973 [is that true, Leon? he performed for Israeli servicemen but did it really go as far as enlistment? - Colin Randall].

In 2009, he gave a concert in Tel Aviv, thus breaking the boycott called for by Palestinian civil society. Presumably, he was a supporter of the Jewish state but his commitment didn’t emerge into song. Dylan, too, went through a Zionist phase, becoming a supporter of the extremist, racist rabbi Meir Kahane. And his support of Israel was filtered into a song (that it is an embarrassingly bad song is not the point here) called The Neighbourhood Bully. Because if you’re a songwriter and you feel strongly about something, that’s what you do.

But perhaps Cohen was afraid that political commitment would not sit well with his image as a romantic poet.

Leon Rosselson footnote: * An entertaining, often funny account of the New York folk scene of the 1960s, well worth reading.