UPDATE Jan 2021: see all items in this series at Cover Story. I wondered at the outset how it would develop and soon we'll reach the 60th instalment. Why? Because the interest from regular readers and causal visitors to the site has been phenomenal if only by Salut! Live's modest standards. I will now update this, the piece with which I launched the series in June 2017 ...

Another Salut! Live series. I have no idea how it will develop but let's get it started anyway ...


Driving in France, I heard a song on RTL2 that was called Galway Girl before I knew that it was sung by Ed Sheeran. My first reaction was indeed reactionary, along the lines of "I know a much better song called Galway Girl than that!".

I was, of course, thinking of Steve Earle, whose effort is best heard when accompanied by Sharon Shannon and assorted musical pals, though the Irish singer Mundy has also become firmly associated with the song (he's involved - as is Shannon - in the wonderful street version from Galway City, for which I have added a clip that has attracted a staggering 10m, or nearly, views).

Since that first hearing, I have grown to like Sheeran's song and continue to do so despite fashionable disapproval and despite feeling a little Sheeran goes rather a long way. Back in 2017, on a brief return to London, I heard my eight-year-old granddaughter Maya and her French friend from school, Mila, sing along to it in the car.

I have also read that Sheeran was inspired by Steve Earle's song: "She played the fiddle in an Irish band/But she fell in love with an Englishman". And I have also read that he wasn't, that he was merely aware of it and had even tried using other Irish towns in the title before finding none worked as well as Galway. (The quoted lines refer but only imaginatively to Niamh Dunne from Beoga, an Irish band he was working with on a recording session when the idea for his song emerged - in fact she married an Irishman).

At a gig in Dublin in 2017, Sheeran showed his respect for the Earle song by playing the first verse and chorus with Beoga before launching into his own.

So all very cosy. No plagiarism since the songs are really quite different even if they bear the same title. And we must not forget the much older song called Galway Bay, the Dr Arthur Colahan one popularised by Bing Crosby (... if you ever go across the sea to Ireland...). And at least one other ...

In a way then, this opening instalment of Cover Story really had nothing to do with the true theme. the bets I can say is that the two different songs was the inspiration for a series comparing different versions of the same songs. 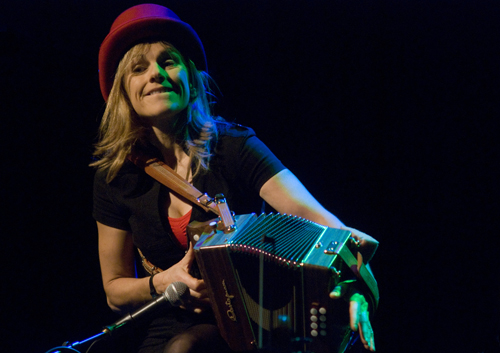 Which, of the two Galway Girls I highlight, do you prefer, and why?

It's a question I will be asking a lot as the series develops, at whatever rate time allows and whatever form ensuing comparisons take (most will necessarily be simply different versions of precisely the same song).

And as I said in 2017, any suggestion of a song or even instrumental and covers it inspired or encouraged will be mightily welcome, all the more so if you feel to write a piece about it.

And here's that open-air treat from Galway City ...

Ed Sheeran's is just pop music - pleasant, foot-tapping, unobjectionable, forgettable. Steve Earle's is a far better song with Earle's wonderful voice and a tremendous backing band. He always looks and sounds as if he's having a good time. They all do and that really comes across.

I have always felt that Ed Sheeran make a small amount of talent go a long long way. Perhaps I'm just too old to appreciate him.

The Steve Earle song catches you straight away with a great mandolin intro, foot-tapping rhythm, great lyrics and is a brilliant sing-along. I have heard lots of versions from my local ukulele club to most of Galway joining in with Sharon Shannon and Mundy and it works every time, which surely is the sign of a great song.

Pretty much what Bill and I said, Mike. The clip of the city of Galway singing it together (above) gets me every time