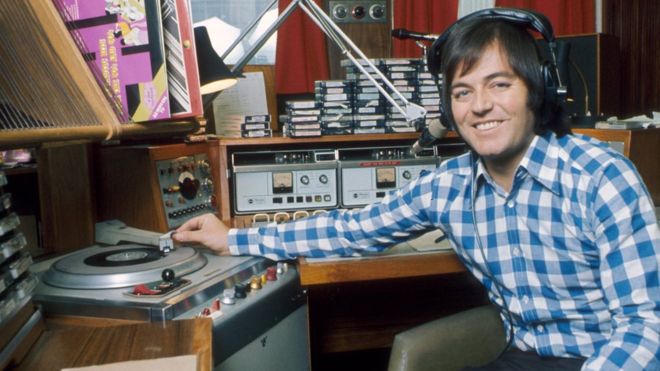 The younger Tony B in more familiar guise: credit BBC

He irritates some, amuses or entertains others. I did see him once, deejaying at an old cinema in Ealing that's now a Christian centre. Whatever thoughts I've had about him (he does what he does and seems to do it well enough), I never had him down as a lapsed folkie. Learn about Tony Blackburn and the Swinging Bells, courtesy of this report of the BBC Folk Awards, which he presented ...

Presenting Al Stewart with a lifetime achievement honour in BBC Radio 2's annual folk awards this week, Tony Blackburn made the startling announcement - confession? - that he is a recovering folkie.

His choice of occasion to "come out" was apt. It was with Stewart that he performed briefly in Tony Blackburn and the Swinging Bells. The name would surely have been enough to put him off, as it would have done me.

But no. "He was a wonderful guitarist except that he was so loud that he drowned out my voice totally," the DJ said. "[But he] seems to have forgotten I was the one who gave him his chance".