July 2017 Update: Linda's contributions to music, and also her wonderfully pedantic quarrels with modern abuse of English, continue to inspire [note to self: check every verb ending, use of punctuation and spelling in this introduction] ...

Linda Thompson's inclusion is surely a must in any discerning folk and folk-rock Song of the Day series. The same applies to her ex-husband Richard. One great singer, one great writer, two great performers. And Linda offers wit and wisdom in her prolific Facebook activity, too; one little whinge about sloppy use of English on television provided inspiration for my columns on words for a far-away newspaper.

For this re-run of the original exercise - a series I now call Song of the Day Revisited - I have selected Richard and Linda together, as they then were, singing Dimming of the Day, in place of my original choice in 2011, I Live Not Where I Love, updating the text that follows accordingly ...

It is hardly every day that an appointment to interview a folk singer at her home leads not to a modest flat or cottage in the country, but to a town house in one of the smartest corners of London, just off the King's Road in Chelsea.

Such was the case when I visited Linda Thompson back in 2002 for The Daily Telegraph. The occasion was the release of her album Fashionably Late, which I later chose as my CD of the year with these words: "Close to the heights she reached with her ex-husband, Richard, and a comeback to gladden the heart after her long battle against hysterical dysphonia - roughly, stage fright for singers."

I will reproduce the interview later. It appeared with my name in prominent lettering, but any pride was short-lived; the facing page had Colin Firth writing about the shame of being called Colin.

In the original Song of the Day series, I had already chosen Mary Black's version of The Dimming of the Day. So when I reached Linda Thompson, I turned the tables and opted for the traditional I Live Not Where I Love, another song both women had recorded.

There is a bonus, Richard's spellbinding guitar piece, Dargai. "Melancholy Rose", who posted this at YouTube, explained: "I think Dimming of the Day and Dargai should be played together ... I feel these two are related...﻿"

This will, in turn, require me to find another example of Mary's work when the new series reaches her. That task should not be too much of a hardship.

And here, with the usual health warning about it being a piece from long ago, is how I described my meeting with Linda Thompson for the Telegraph 12 years ago:

In the space of a few months, Linda Thompson abandoned a squalid commune, had her third child, saw her husband leave her for another woman, was touted as rock's finest female vocalist and lost her singing voice to a rare disorder called hysterical dysphonia.

If this already seems an implausible string of events for a woman to experience in a single year, Thompson's life took one more unexpected turn in 1982. She fell for a wealthy American who swept her, fairytale-style, to a life of luxury beyond the dreams of a TV repair man's daughter from a Scottish council estate.

Twenty years later, another remarkable thing has happened. She has recovered her voice so strongly that she has been able to record a fresh-sounding and well-received new album, Fashionably Late, and plot a return to live performance.

Her comeback has also led to an amicable professional rapprochement with her former husband, Richard, the inspired guitarist, songwriter and under-rewarded colossus of British folk-rock. Out of this came Dear Mary, the first and most striking track of a quite charming album on which another Thompson - their son, Teddy - plays a blinder as co-writer and musician. However, the reunion brought no nostalgia for the Sufi commune in Norfolk to which Linda Thompson moved after she and Richard converted to Islam.

"We were young, trying to make sense of things, looking for an alternative to materialism and dross," says Thompson, these days utterly at home in an impressive town house behind London's King's Road. "We may have failed spectacularly, but we thought it would make better people of us."

For a woman struggling to bring up small children in cramped, spartan conditions, the next seven years felt like an eternity. It was not a difficult life to leave behind.

"When rich people lose their money, it must be terribly hard to adapt," she says. "But to move from having nothing to having something takes all of about 30 seconds. I had been living without running water, where it seemed a miracle if you stood at a tap for half an hour and water appeared. You don't need intelligence to be able to go from that to a cushy life."

Thompson believes communal living made her a more patient person, and still admires Sufism's gentle philosophy. But she dropped Islam "like a brick" after the marriage collapsed. "I cannot speak for Richard, but I wouldn't say he was rabid. We met at Ramadan and he wasn't fasting."

Born in London, the daughter of a Scottish vaudeville artist and an Englishman, Thompson grew up in her mother's native Glasgow. She dated boys from notorious gangs, but also excelled at grammar school and began a modern-languages course in London. Along the way, however, she had developed an appetite for folk music and soon dropped out of college, preferring to hang around with Sandy Denny, Jackson C Frank, John Martyn and the rest of an eccentric crowd of troubadours based loosely in a Soho cellar club, Les Cousins. A parade of like-minded boyfriends - Martin Carthy, Nick Drake, Joe Boyd and Tim Buckley among them - followed before she took up with Richard Thompson.

From 1974 to their split, the couple made six albums, starting with I Want to See the Bright Lights Tonight and culminating in Shoot Out the Lights, which was seriously good but unnerving, with its bleak songs seeming to chart a messy marital breakdown.

Richard had been seeing an American, Nancy Covey (now his wife), and the marriage was virtually over by the time the record appeared. They went ahead with an American tour, though not without friction; Linda recalls delivering one vengeful kick to her errant husband onstage. With alcohol and tranqillisers as props, she also managed on her own assessment to "sing like a lark" at every concert. But, back home, a voice complaint she remembered from her first pregnancy returned in acute form. Roughly a singer's version of stage fright, it had a calamitous impact. A woman who had made critics drool suddenly had nothing to offer when she opened her mouth to sing.

The run of bad luck ended when she met Steve Kenis, European head of the William Morris Agency, America's grandest artistic and literary consultancy. Sharing his globe-trotting, expense-account lifestyle, she found she could do without music. She did a little acting at the National Theatre and even dabbled in antiques. It was not until five years ago, when an old music chum - Pere Ubu's David Thomas - looked her up, that she realised the dysphonia had eased.

"Somehow, it's gone away," she says in tones decidedly more SW3 than Sauchiehall Street. At 55, Thompson is in pretty good shape generally, the delicate beauty of her youth having survived into middle age.

She seems blissfully happy with Kenis, 10 years her senior and now running his own agency with Peter O'Toole, Richard Harris and Jeanne Moreau on the books. But, if finding love in the arms of a man with a great job and plenty of money carries a hint of gold-digging, Thompson is quick to dispel the notion. "Trillions of women set out to marry a rich man. But Steve and I met by accident and fell in love. I had no idea he was moneyed - though I was thrilled to find out. From not being able to feed the kids, they were being educated privately and we were all eating in great restaurants."

Yet Thompson has little respect for the institution of marriage. "We live to such a ripe old age these days that it's ridiculous to expect someone to stay with the same person for the whole of their lives. Hats off to those who do, but you are going to have your peccadilloes."

Some earnest American interviewers assumed the peccadilloes had stretched to a spot of prostitution when they listened to her semi-autobiographical song The Banks of the Clyde: "Work it was scarce/and money scarcer still/so I took to the whoring/of my own free will."

"They asked what my son felt about that," she says. "I was not actually a whore. But absolutely everybody, whether priest or pimp, prostitutes themselves one way or another."

She sees herself as "amoral but not in the least immoral". There are, she believes, many worse things than infidelity. "I'm not advocating open marriage. Steve would like fidelity from me and gets it . . . To be honest, I cannot be bothered. Maybe I'm too old."

But not too old to make records or go back on the road. On September 12, she will be in New York to appear on David Letterman's late-night TV show: "They wanted some serious music around that time." A short American tour will follow, and one London date is planned for November.

"Totally unseemly at my age," she declares. "I am the sort of person who sees Paul Weller on TV and thinks, 'Oh God, you look so old' - and he's years younger. But I apply weird rules. Despite that old Time magazine quote ['Linda Thompson may be rock's best woman singer'], I am really a folk singer. If you do folk, or are black and do blues, you don't look quite so stupid." 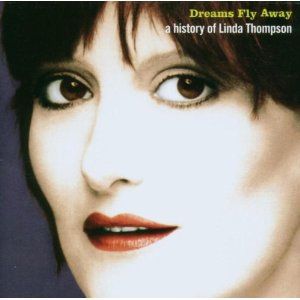 Dimming of the Day appears on

Linda's album Dreams Fly Away contains the equally appealing I live Not Where I Love. http://www.amazon.co.uk/exec/obidos/ASIN/B00000062E/salusund-21 gets you straight there.


* For a priceless anecdote from her friendship with Peter O'Toole, who died last December, see http://www.francesalut.com/2013/12/peter-otoole.html for tips on how to deal with Proust and Hitler if their writing becomes tedious. 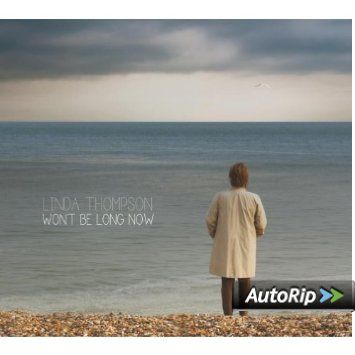 * And finally, Linda's most recent album is Won't Be Long Now. The Amazaon link is http://www.amazon.co.uk/exec/obidos/ASIN/B00EACHM5K/salusund-21

Tags: folk music, folk-rock, I Live Not Where I Love, Linda Thompson, Richard Thompson, Song of the Day