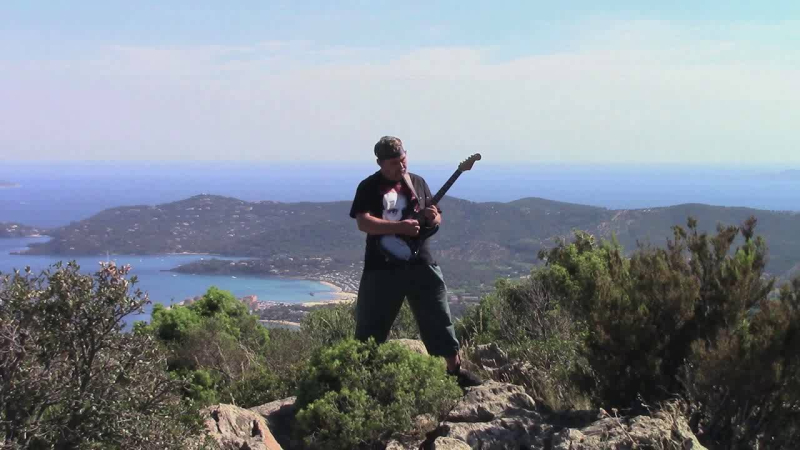 Everyone who enters the Gecko Bar seems to know someone who is already there or, because they own or work in it, can usually be found there.

The rapport between musicians and regulars is tangible, partly because the musicians are also regulars. The Gecko is leading the way in keeping music alive, live music alive, in the pleasant but somewhat sleepy Riviera resort of Le Lavandou, midway between Toulon and Saint-Tropez and also midway between Marseille and Nice.

When we first knew Le Lavandou, it was moderately lively, at least in summer; it doesn't always seem so nowadays.

At Le Goéland, on the sea front, there was karaoke. It was a little ringard - corny - but the DJ, Rudy, a music teacher and would-be recording artist, raised the tone of the proceedings with his quickfire wit and professionally delivered songs.

Rudy knew me as the Don't You Want Me/ man, since this was my one and only contribution to his soirées. There was usually a willing female to sing the girl parts of Human League's hit, which helpfully diverted attention from me. Once, when nobody responded, Rudy insisted on doing it himself.

Elsewhere, there was usually music worth hearing at other bars, including a pokey little place at the entrance to the marina where I encountered a singer I thought came from Sheffield but wasn't Joe Cocker though he could sound like him and did some very decent rock and blues. I now believe this may have been Dave Le British, in fact a Mancunian - he supports United without coming from Malaysia or Surrey - who still, like us, spends part of his year in these parts.

Back to Le Lavandou of the 1990s and 2000s. Less interesting music was available here and there. When the Goéland began its descent into what it is now, just another restaurant, it all seemed to start to go downhill. For several summers, there was Crystal, a drag artist, at La Rade. He's funny, smart and highly entertaining if unchanging, but La Rade presumably considered his show expendable for it is no more.

Gradually, animation in the resort seems to have disappeared. I remember seeing the venerable bluesman John Mayall at the open-air Théâtre de Verdure and - on the beach - Jimmy Cliff and the charming (that's a euphemism) Olivia Ruiz. Now we have enough fireworks displays to make you loathe Guy Fawkes. 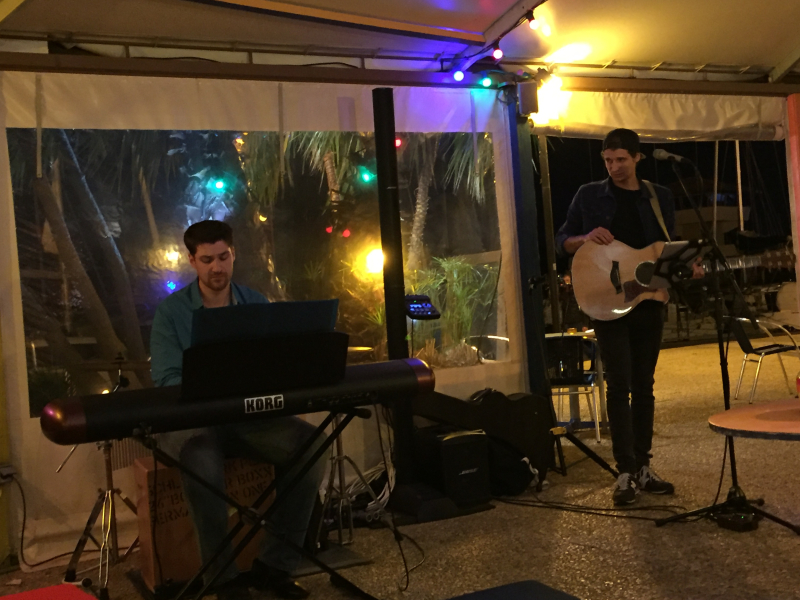 It may be unfair to suggest a lot of this has simply gone, as if the mayor (a John Mayall fan if I remember) was intent on keeping Le Lavandou sedate for the older visitors and young families./

La Fête de la Musique, that summer's night when all of France opens up to music on the streets, went a long way to persuading me I may be wrong. At the Gecko we had Dave Le British, aka Dave Morris but won't he have to start calling himself Dave Le Français is he really is - as he says - seeking French nationality (maybe Dave Le Greviste, the other name for any Frenchman improbably called Dave, would work)?

He sang and played his heart out, with spine-tingling blues (merci Cécile for the harmonica) and an impossibly varied repertoire drawn from the Stones, Beatles, Bob Marley, Pink Floyd and even Status Quo. He claims folk as a genre, too, so maybe this old folkie will try twisting his arm next time.

But there was also listenable music (okay, some listenable music) on the sea front. A lot was going on in at least one of the bars neighbouring the Gecko. Perhaps Le Lavandou is in good hands after all. And while I'm on, a word or two about other Gecko regulars.

The clip you see below is mine, a dismal recording of New Deal's excellent version of Apache, which I regard as one of the best instrumentals in pop history.

And the Gecko is also a venue for a couple of talented young musicians, Julien Pierson and Charles Bernard, who attract their own version of the bar's regulars, greatly reducing the audience's average age while enhancing its averaae beauty. When we saw them, they performed three sets, each better than the previous one.

It's not difficult to see why French bars struggle to present live music. People don't drink. Two couples opposite us one night were there for nearly two hours and had just three glasses of punch between them. I'm always driving so not especially interested in what's of offer, but at least we make an effort with a second drink even if it's just another alcohol-free beer.

But bravo, Gecko Bar. We'll be back, often, over the summer.

Gecko Bar - our favorite place! It may have its own share of flaws, but I still love it! My friends who are musicians play there.

For real, or as i suspect, spam?