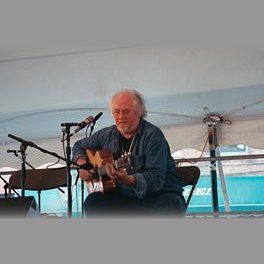 And as I set off in the car beneath warm Provençal sunshine, I slipped on the first of the albums. John Renbourn Live in Italy was recorded at The Folk Studios in Rome, a venue John initially suspected would be filled with "earnest enthusiasts" but ended up regarding as "about the nicest and funkiest place I have ever played in".

For me, the rediscovery led to a day's listening of pure joy, music while I drove and later worked punctuated by pangs of sadness at the loss of such a wonderful talent. John suffered a fatal heart attack at his home in Hawick, in the Scottish Borders, aged 70.

It had been some time since I put on any of John's music. That is merely a function of a busyish life and the muddled inefficiency of the music-playing facilities I have in France. Must start stocking the car more imaginatively.

First I was struck by the the lyrical splendour of Lord Franklin, an outstanding ballad inspired by the life and derring-do of the Arctic explorer, Sir John Franklin. Superb, relaxed vocal delivery, gorgeous guitar accompaniment. Then I sank back in the car seat, having just parked, as it was followed by the melodic charm of an instrumental coupling, South Wind/Blarney Pilgrim. A little later, I was taken back to childhood by a few bars of my late father's favourite hymn, Abide with Me (he wasn't religious but loved his football, for those familiar with FA Cup Final traditions), at the start of Great Dream from Heaven, in which John pays homage to the "Bahamian guitarist/singer/fisherman" Joseph Spence.

Moving on to another album recorded abroad, So Early in the Spring, the product of some time off between gigs in Japan as long ago as 1979, I cam across a compelling version of Jackson C Frank's 1960s contemporary folk classic, Blues Run the Game.

Now, I intend to make a further search of those French garage shelves in the hope of uneatthing a copy of his exemplary early album Sir John Alot Of Merrie Englandes Musyk Thyng and Ye Grene Knyghte, which contains the Renbourn guitar piece I have always found the most moving of his repertoire, The Earle of Salisbury. I will also look out for Ship of Fools, a collaboration with Steve Tilston and (the also late) Maggie that I felt at the time was not his greatest success.

But in any setting, by himself, with Bert Jansch or as part of the fabulous Pentangle, John Renbourn was an essential part of the great British folk revival. He had musical and personal qualities galore and it is no surprise to learn of the sorrow his death caused so many people (I learned of it from the Facebook postings of Linda Thompson, who was clearly greatly affected by the news. I believe they had worked together quite recently).

Rest, John, in the peace I hope Bert has also found. To a generation of people who found they liked musical expression different than what was dictated by fashion, and to many who have come to appreciate it, you are and will remain a giant. 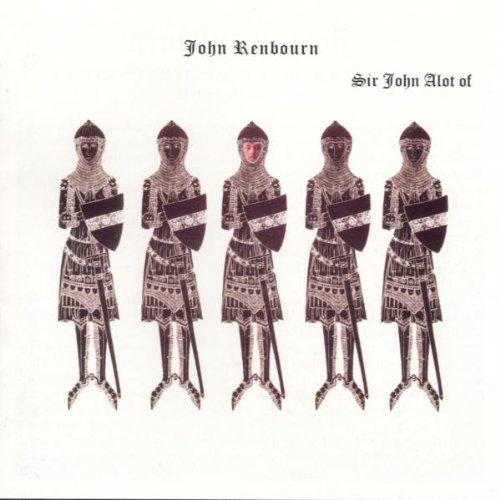 I will add links to fuller obituaries. See one very full account of John's life and work at John Cooper's blog: http://britainisnocountryforoldmen.blogspot.co.uk/2015/03/britain-is-no-longer-country-for-and_30.html

John's albums can be bought via the Salut! Live Amazon link at
http://www.amazon.co.uk/exec/obidos/ASIN/B00006IJY5/salusund-21

I still treasure his first Transatlantic vinyl album, with the iconic sleeve of him stood outside a derelict building site next to his guitar, thumbs stuck in the pockets of his jeans.

An interesting sign of how times change, he warranted a full page obituary in The Times, in which they reproduced part of the iconic sleeve.

I regularly play the CD of the album on hot days when we are in the Pyrenees, mainly for the track National Seven because it conjures up images of summer.

If you do not know the track you can check it out at the following You Tube link:

It is particularly apt for you because his destination on Route National 7 is one of your favourite haunts, St. Tropez.