Salut! Live is off on holiday to Cuba. This will be the last Song of the Day for a while and it comes, again, from my great friend, fellow Sunderland supporter and folk enthusiast Pete Sixsmith. His latest choice, from the work of Adam Holmes and the Embers, may be something new for you; it was certainly new to me. Pete says the album it comes from is simply wonderful. Tell us whether you agree ...

I must have heard an Adam Holmes track on Mark Radcliffe’s programme and it stuck in my mind. So, on a visit to Coda Music in Edinburgh, prior to watching Hearts demolish Livingstone 5-0, I purchased a copy of his album Heirs and Graces. And I am pleased that I did.

It was one of those that were never off the CD player, either in the house or in the car. Every track had something that burned itself into my head and would come back to me while I was driving, having a shower or just sitting looking out of the window while the big boys and girls played.

His voice was described as “being a mix of honey and whiskey – and a very good Islay malt at that. It is reminiscent of John Martin but without the excesses and there are hints of Nick Drake in there as well.

The fact that it has been produced by John Wood (a man as steeped in folk music as Monsieur Salut, aka Colin Randall) helps. The Venerable Wood has produced Fairport Convention, Richard Thompson, Nick Drake and just about every great folk act of the last 40 years. His production on this is a testimony to his enthusiasm and experience and he gets the best out of the young singer and his fine backing band.

There is not a weak song on the album. If you have not heard any of them, You Tube will give you a good selection and that should urge you to visit a nearby record shop to purchase the album. Should there not be one near you, I can heartily recommend Coda in Edinburgh. Great selection, good service and the guy behind the counter is a Hearts fan.

I have chosen Monday Morning because I like it and it also reminds me of John Martin’s wonderful May You Never – but without the underlying alcoholism and violence. Hope you enjoy it too. 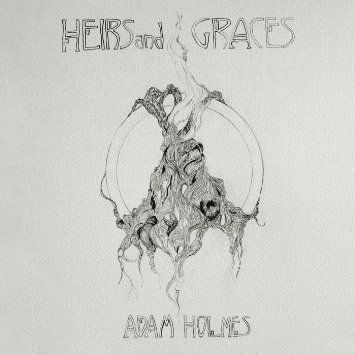