Again Salut! Live refines the old Song of the Day series by choosing same artist, different tracks and clip. Pete Sixsmith, like me, is besotted with the music of Eliza Carthy, standard-bearer of the great Waterson.Carthy dynasty. In fact, Pete was partly responsible for the choice made back in 2011 since I recall him singing the praises of Mr Magnifico before I had properly heard it. Let Pete tell his own story and that of his selection ...

This was my reintroduction to traditional English folk music in 1996. I had always been interested and had some folk albums, but had gone down other musical roads, some which had branched off folk, but most of which were rock music.

As I moved into my mid 40s, I slowed down and wanted something that was more permanent, less ephemeral – and I discovered a wonderful album called Heat, Light and Sound by Eliza Carthy.

I have Andy Kershaw and Colin Randall to thank for this. Andy recorded a session by Eliza and her band for his Radio One show and Colin urged me to buy and listen to the whole album – which I did. I loved it, but it was this opening track that grabbed me and is, 18 years later, one of my all time favourites.

Eliza was an exotic creature then. Female folk musicians were largely middle-aged and appeared to be firmly under the control of the folk police. There were great musician and singers among them but no one quite like Eliza.

Look at the photo of her on the album sleeve; she is balancing her violin on her chin, not something one would expect to see Anne Briggs or Shirley Collins do (and I know they were not fiddle players; Shirley balancing the pipe organ on her chin would be a sight to see).

The track I have selected is a belter. It opens with a wonderful fiddle and the rest of the band come in, followed by a voice that screams “I am young. I am different. Listen to me.” And we do.

The story is a typical example of male trickery and female trust. A young man begs to be let into a maiden’s room on a cold, wet and rainy night. She says no, he talks her into it and she lets him into her room, into her bed and into her heart.

The next morning, he puts on his hat and runs off, having deprived her of her maidenhead and left her a sadder and wiser person, not to mention a potential mother. Nowadays he would be a feckless father; in the period from whence this song came he is almost lauded as a Jack-the-Lad.

The rest of the album is great and this is, for me, the standout track. Since then I have religiously bought every album recorded by Eliza, have enjoyed them and have even used The Moral of the Elephant in some teaching that I did this year.

Amid all of her wonderful songs, this is the one that I like the best and I never tire of listening to her wonderful fiddle playing, her glorious voice and her sheer love of playing the music that she was brought up on by dad Martin and mum Norma.

I commend this artist, this album and this track to you. Great stuff.

@salutsunderland Thanks Colin! How lovely. Look for a new version on the Wayward Band live DVD in the next few weeks…xe 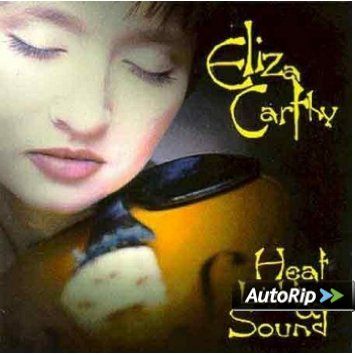 * Eliza Carthy's Heat, Light and Sound, and of course the rest of her discography, can be bought using the Salut! Live Amazon link. http://www.amazon.co.uk/exec/obidos/ASIN/B00000591C/salusund-21 gets you to this album and you can navigate onwards from there.