We can all forget 2007, when Dervish finished, er, last in the Eurovision Song Contest. Personally I'd regard that as an honour and regret only taking part in the wretched thing in the first place.

I love Dervish. there. Said it.

But going back to 2011, when Song of the Day was young and fresh, the problem lay in finding the clip that really did justice to the performer. But, as I said then, the series woild not be allowed to end without including something from Dervish.

How well I remember the lead singer Cathy Jordan's transition from the slightly nervous figure I watched at a Belfast folk festival to the confident and, let us be honest, seductive stage manner she was soon to display.

Dervish are best experienced live. The records are good, but cannot quite recreate the excitement and passion of concerts.

I searched quite hard, considering their version of Boots of Spanish Leather and one or two other songs, before settling on this.

Welcome Poor Paddy Home, a song of the emigrant's return, shows Dervish at the Irish Cultural Centre in Paris during the Fête de la Musique in 2007. Neither song nor film fully succeeds in showing us how great a live band Dervish or how compelling a singer Cathy is. But is a nice, gentle performance, with snatches of the instrumental power the band packs, and serves its purpose faute de mieux.

Perhaps you will explore YouTube and direct me towards something more representative. 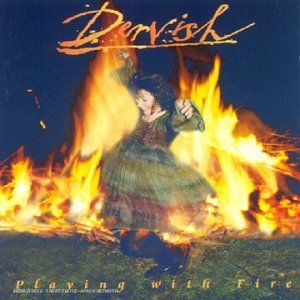 * Buy Dervish and other Song of the Day artists at the Salut! Live Amazon link.