This, in case you are here by accident, is the Salut! Live series of Song of the Day (Revisited). It first ran in 2011 and is now being repeated, in some cases with updated comment. This item speaks for itself as one of the finest pieces of music, any genre, I have ever heard. Please look, listen and read on ...

Paul Brady first crossed my radar as a member of the Irish band, the Johnstons, who sang at folk clubs I ran in Darlington and Bishop Auckland back around 1970.

He was already an accomplished guitarist and was to become an ever better one, and a compelling songwriter admired by Bob Dylan among others.

I could happily have chosen one of several of his own excellent compositions. The Island, for example, is up there with the best few songs to emerge from The Troubles (it is, for me, touch and go between that and Tommy Sands's There Were Roses as the finest of all).

But I have chosen his magisterial performance of a ballad from the first half of 19th century. A protest song of its times, it tells of the rebuffed attempt of British recruiting party to force Arthur and his cousin, the narrator, to enlist.

The clip has everything: a great contemporary folk singer, strong material, impeccable accompaniment. Not to mention the outrageous hair style.

It all takes me back to the Aclet, the Bishop Auckland pub where we put on the Johnstons in a fabulous evening which, for some reason, I remember most for two things: my friend Bill Taylor's review next day in the Northern Echo, lauding the Brady guitar style as betraying a rock background, and Brady crying out "Vive la revolution!" on spotting my French wife, Joelle, brandishing the heavy wooden wedge we used to keep the door closed during each song (NB: 2014 Health and Safety update: there were always people on hand to open it again!). 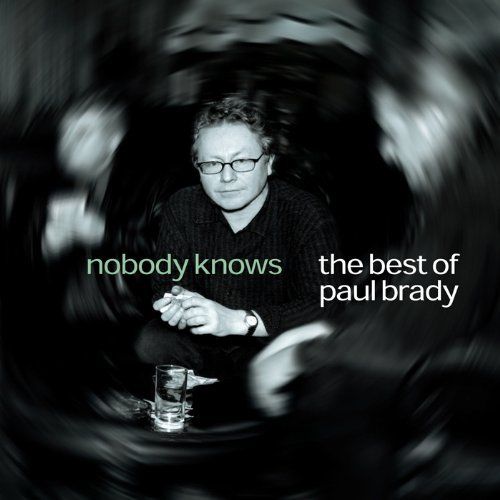 * To buy Paul Brady's version of Arthur McBride, and anything else mentioned in the series, just go to this Amazon link

Given that I was MC at the folk club, doing reviews for the Echo was probably not altogether proper but what the heck! I'd forgotten the wooden wedge until now but it's all coming back. I saw Paul Brady at a festival just outside Melbourne in 2003 -- older, of course, but still very much the same. Wildly under-rated all these years, I think. He should have been huge.

A friend just posted at Facebook - https://www.facebook.com/groups/13552405327/ - his favourite Irish song. Planxty's Follow Me Up to carlow. I still go for the above as being pretty much the cream of the crop