Song of the Day: Fairport Convention with Sandy Denny ... Who Knows Where The Time Goes?

Help keep Salut! Live as a resource for all lovers of folk and related music. Play on Mobile Solitaire Champ

This is the latest edition of Salut! Live's Song of the Day Revisited series. What follows is an updated account of the original posting, in 2011, plus various clips, at least one of them new to these pages...

Long ago, when Song of the Day first existed here, I said after posting a Fairport Convention song that it would not be the last we'd hear from them. In the revived series, Song of the Day Revisted , we have heard already from Fairport, Swarb's immaculate Now Be Thankful (chosen by himself) But here is the irreplaceable but long-deceased Sandy Denny*, Fairport's lead singer for two stints and still the voice that defines the band. And here, too, is the song of her that so many people love and so many artists have covered. Despite the inverted snobbery that makes some of us feel smug about folk music not being for everyone - and I am as guilty as Kate Rusby in that respect - there is still room, paradoxically, for a sense of satisfaction when others recognise a truly great song, performance or tune. So no complaints that this clip of Sandy Denny's trademark song, which captivates today as it did 40+ years ago, should have clocked up 709,933 views - and I bet the figure goes up before anyone follows the link from here. [That was three years ago: the stats have risen to 1,432,157 as I write]. I noticed 18 or so "dislikes" [49 now; sad gits] but at least some of these are from people who simply question whether this is Sandy's best version. 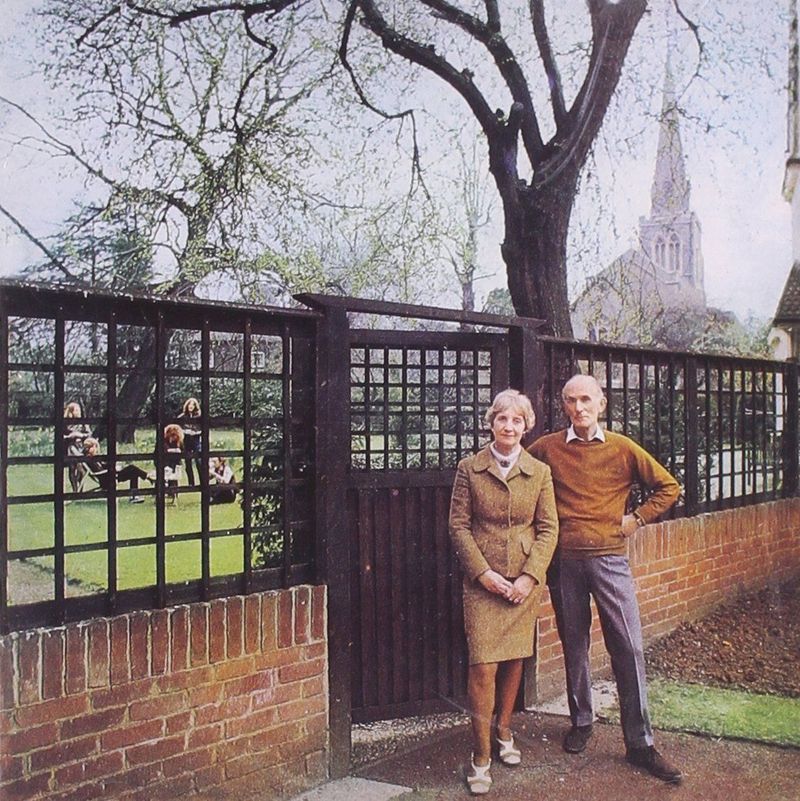 * Who Knows ... appears on several albums, by Fairport, the Strawbs and Sandy theoretically solo (eg the box set). Unhalfbricking - the cover showing Sandy's parents - would be a good choice as it also includes such classic Fairport as Genesis Hall, The Ballad Of Easy Rider, Percy's Song and A Sailor's Life plus the novelty hit, Si Tu Dois Partir. The Salut! Live Amazon link is http://www.amazon.co.uk/exec/obidos/ASIN/B00007J36V/salusund-21

And now for a spot of unashamed self-indulgence: a repeat of a posting written when I was living in Abu Dhabi and inspired by a long-lost acquaintance's unusual collector's habit - he wanted a compilation of every cover of the song ... so Song of the Day is, for one day only, one song but many versions (I subsequently noticed that some of the clips in the original posting have been removed, so I have tried to eliminate any dead ends): Here goes: Who Knows Where The Time Went? ... I'd like to know what happened to the time that has elapsed since I agreed to compile that cassette of versions of Sandy Denny's Who Knows Where The Time Goes?, his favourite song. It began with good intentions on my part. As a reviewer of folk albums, I already had several renditions - quite a few different ones recorded by Sandy, come to that - and you can be sure that more have reached me since. But I never quite got round to it. I am not sure exactly how many years have passed since my undertaking to prepare the tape. But with thanks to YouTube subscribers and apologies to Julian, the husband of one of my wife's then colleagues, here at least is a start. A search for the song produces the good, the not so good and the downright ugly. I came across some assaults on the ear that were simply so gruesome that it would be unkind to everyone concerned to expose them to Salut! Live's small but probably quite discerning audience. A frustrating feature of where I live (the UAE) is that when using the internet away from my place of work, I am handicapped by restricted access to certain sites. I have no reason to fear that Salut! Live is other than entirely innocent, likewise my other sites (Salut!, Salut! North and Salut! Sunderland). But I gather from Typepad that there is some problem here concerning - presumably - all the sites it hosts. The upshot is that I cannot properly view the clips I have located from YouTube, except via a not very practical preview function. I know that Sandy is there two or three times. You will also hear Kate Rusby, Mary Black, Judy Collins, Richard Thompson, Eva Cassidy, Nina Simone, the Sullen Kinks, Sinead O'Connor, Lisa Lavery and Chris While, heroine of the 2007 Cropredy festival reproduction of Fairport's seminal Liege and Leif album. Feel free to commend other versions to me, or to comment on those I present here in an attempt to ease my guilty conscience. And sorry again, Julian, I still haven't got round to making a tape. ...and I hope I have not put you off the song for life.

* Buy Sandy Denny and Fairport music at this Amazon link.

* From Wikipedia: Alexandra Elene MacLean "Sandy" Denny (6 January 1947 – 21 April 1978) was an English singer and songwriter, perhaps best known as the lead singer for the folk rock band Fairport Convention. She has been described as "the pre-eminent British folk rock singer".