Home Archives Profile Subscribe
Men of the North: Johnny Handle and a classic song from Ed Pickford
Show of Hands: don't think twice, they're better than all right 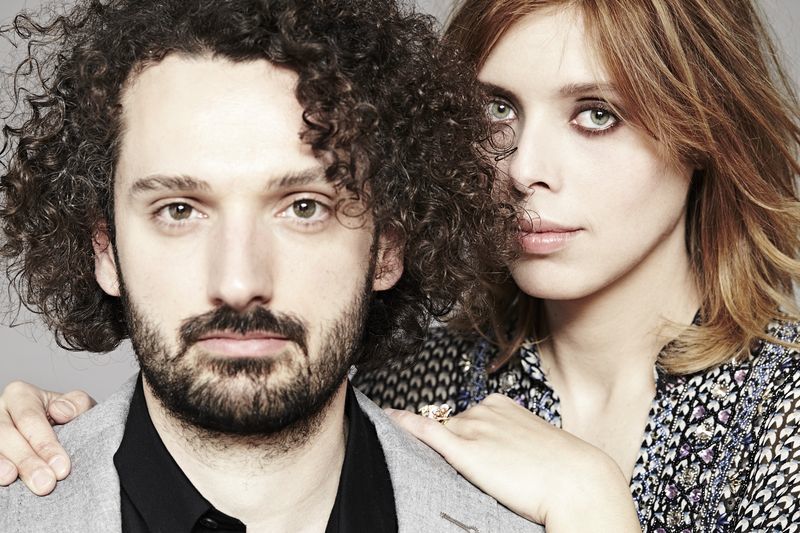 There are two pieces of good news, in my little campaign to bring the French duo Cats on Treses to wider attention:

* My old acquaintance Eddie Barcan, manager of the Cambridge folk festival and once a fellow-judge of the BBC Young Folk Awards (we chose Tim Van Eyken) promises to
"have a proper listen" when he starts programming next year's event around December

* Nina Goern, one of the two cats on the trees, was intrigued by my mention of Sandy Danny and Fairport Convention and says she will check them out (for starters, I pointed her in the direction of three clips: Who Knows Where The Time Goes?, Fotheringay and Si Tu Dois Partir

I spoke to Cats on Trees by a mixture of telephone and e-mail, all efficiently organised by their charming publicist, Manon Le Bozec, and I say charming despite her tendency to address me as Randall.

If you are new to these references to the duo, please check out earlier postings: a glance at
http://www.francesalut.com/2014/10/cats-on-trees-french-music-that-travels.html, at the main Salut! site, gives onward links to what has also appeared at Salut! Live.

Nina is the voice of Cats on Trees, and what a voice she has. So here, first, is what she had to say to me, in Q+A form:


Colin (or Randall!): You both speak English. The French are usually not much better than the British at learning other languages. Were you just a a model student or have you had to work at it? There is little trace - none on first hearing - of a French accent on the album ...

I've never been a perfect student ! I always selected subjects according to my needs. Other countries and languages always tempted me but I must admit that I've really been improving my English lately. French people are really demanding for French people singing in English. My accent is not perfect even though it doesn't sound French! I've been told that I had a Irish Cambodian accent! It's funny! Do you hear that? [I hadn't detected the Cambodian element - CR]

CR: You told Nice-Matin newspaper in an interview that you liked the description of folk-eléctro. This pleases me a great deal as someone who writes a lot about folk and folk-rock [even if I dislike messed-up derivations of folk]. Are there any artists in this genre, French or British or Irish for example, to whom you have listened (examples: Stivell, Sandy Denny & Fairport Convention, Oysterband, Planxty, Sharon Shannon, Kate Rusby or early Dylan/Baez)?

When I was young, I literally got drawn to traditional and medieval songs, I dreamed of walking the world to learn all traditional music. I especially loved the medieval music, either profane or religious. I was fascinated by "the drone" (used also in Indian music and Gregorian songs) and by the harmonies (that let the soul grow). The first time I heard Simon and Garfunkel, I felt the same way as when I first heard Gregorian songs. And personally, it's my own definition of folk music. The place where I sometimes get my inspiration from. I didn't know Sandy Denny & Fairport Convention before you mentioned it but I'm going to get on this band quickly!

CR: I believe Cats on Trees would be very successful in concert at one of the more eclectic folk festivals, for example Cambridge or Fairport's annual event at Cropredy (near Oxford). Would that interest you or are you more interested in reaching a pop/rock audience?

We love the diversity, and we're very fortunate to be able to gather a diverse audience. This summer we made a huge work of arrangements, especially for our live shows. We craved to create genuine musical moments only for live performance. Live shows are quite different from the album, it gives a way to an intimate atmosphere. We accept a certain fragility on stage. We are really proud of what we created and obviously, we would be very happy to play it at a festival as renowned as Cambridge Festival. I'm sure it would be very appropriate!

CR: My granddaughter Maya, six last week [Sept], says hello. She knows just about every word of every song on the album...


So I’m really honoured! Kiss your daughter [sic] for me!

Excellent snippets, Nina. To be continued with words from your partner in music, Yohan Hennequin, who talks among many other things about playing the bodhran in Toulouse and points out, to avoid misunderstanding, that he and Nina are not a couple...

* Here is an unusual, acoustic version of their superb Sirens Call ...