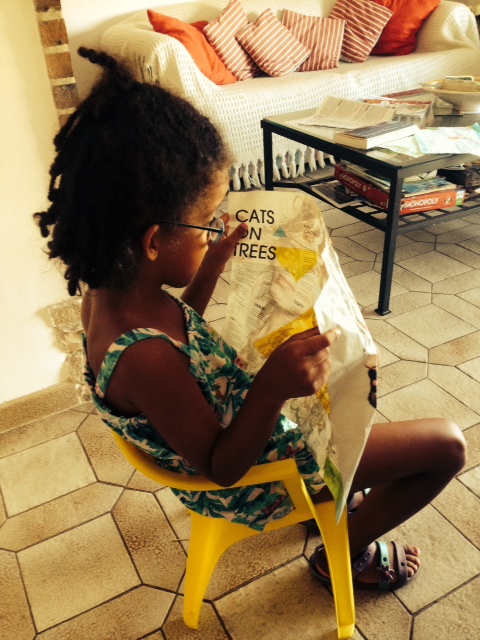 Salut! Live's small but discerning audience may have been among the first in the English-speaking world to be introduced to the excellent Sirens Call, which sounds Irish or American but turned out to be the work of a French duo, Cats on Trees.

What throws listeners on earliest acquaintance is that the lyrics are entirely in English. It takes repeated listening to detect a slight accent on some words or phrases. What also throws listeners is that this is a rare occasion of French pop travelling beyond Francophone borders.

Plenty of us enjoy French pop from time to time. Most of the examples that achieve mainstream success, however, have novelty value. Think of Gainsbourg and Birkin's Je t'aime, moi non plus, Plastic Bertrand's Ça plane pour moi, the Singing Nun with Dominique. Hardly an all-French line-up: Birkin is English, albeit resident in Paris for most of her life, Bertie is Belgian as was Jeanine Deckers, la Sœur Sourire. In fact, she was a rather tragic soeur who later abandoned convent life, fell heavily into debt and finally committed suicide with her companion Anne Pécher.

Leave aside Aznavour and Piaf, and Fairport Convention singing Si Tu Dois Partir on Top of the Pops, and there is not much else. Lots of English males of my generation adored Françoise Hardy's Tous les garçons et les filles but, as readers with reasonable memories will know, Hardy herself told me she loathed it.

Cats on Trees, the two-legged components perched on branches being Nina Goern and Joyan Hennequin from Toulouse, are entitled to be proud of Sirens Call.

It deserves to be a worldwide smash hit. A well written, beautifully constructed song, it has a gorgeous melody, changes of pace, captivating arrangement and Goern's seductive vocals. Asked to choose between folk and "électro" as her preference, she plumps for folk-électro, "above all électro played with real instruments", and that - for all my distaste for the tendency to muck around with the folk label - probably sums up Sirens Call fairly enough as well as justifying Salut! Live's interest.

And the smash hit? Third in France, fifth in Wallonian Belgium, a towering 44th in Switzerland. A follow-up single, Love You like a Love Song, barely made it into the French top 100. And beyond those countries, it is virtually unheard of.

After I introduced Salut! Live readers to Cats on Trees, a friend gave them an airing at his site. There was a warm response there - his readers are more apt than mine to leave comments, though one admiring reply appeared here, too - and I fondly imagined someone at the Cambridge folk festival or Fairport's annual Cropredy reunion, both events with broad-based booking policies, luring them to England this summer. Not to be, despite a short, grammatically challenged item turning up much later at Music Week.

Bill Taylor, commenting at that other site, The Other Side of Paris, said he'd like to hear more of the duo.

Having bought their eponymous album, I can confirm Sirens Call was no fluke. Most of the other tracks are strong, offering a range of styles but all possessing insistent melodies and hooklines.

Goern and Hennequin - not a couple but each the parent of a small child - will not necessarily thank me for mentioning that their latest anglophone fan, pictured above studying the lyric sheet, is not quite six years old. Maya's selections would run in this order of preference: Too Much, Tikiboy, Wichita, Sirens Call, Jimmy, Colours and Burn. But there isn't, to her ears, a dud among those not quite making her playlist.

The target audience for Cats of Trees can safely be assumed to be closer to my granddaughter's age than mine. But for what it is worth, Papy's view is that Maya is right to find the album impressive, addictive and fun.

I hope it is not in revenge for Salut! Live's slow progress in alerting Anglo-Saxons to their merits that the duo has resolved to record its next album in French.

* Attempts to reach Cats of Trees for an interview, in French or English, have not so far produced a response. The invitation remains open; Goern, Hennequin or one of their hitherto uncommunicative minders can e-mail Salut! Live here ... 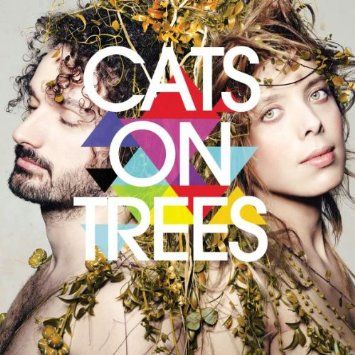 Catchy! But Sirens Calling is still that bit extra special.

You are, as ever right, Mr Dumdad. Maya calls it Sirens Calling; is that a good excuse? Corrected now