June 2017 update: whether I am in London or here in France, the news has been uniformly rotten. I was home immediately after the Westminster Bridge attack and there again when the London Bridge/Borough Market atrocity happened. Now, worst of all, the catastrophe of Grenfell Tower. The grief is immense, the anger justified. Music cannot possibly hope to heal all that is cruel and wrong, but at least here is a wonderful song, beautifully performed, that evokes a different feeling about the city ...


Sometimes it's hard to let go. It was a good idea for a series - posting clips of great tracks or snippets re-encountered on disc, tape or CD - but, put into practice, it has its addictive aspect for the blogger.

So here, Sandy Denny and the Strawbs still sounding fresh from a day or two ago, we go again.

This time we have Christy Moore singing one of the warmest and most romantic of the songs of the late Ewan MacColl, a priceless chronicler of times and humanity, with Sinead O'Connor contributing gentle harmonies. I have made myself a mental note to simulate a "sudden re-encounter" with a Sinead song soon enough. I've never really minded her (northern usage) and I've always admired her singing.

MacColl wrote about tunnellers, builders, miners, lovers, ramblers, fishermen, tinkers and goodness knows who else. He had a lovely ear for melody and an eloquent way with language.

Christy Moore - astute readers may recall that he and I slept together the first night we met. The earth moved for neither of us (sleeping arrangements at the home of folk club organisers offer the sadly humdrum explanation), though the shared bed did move sharply downwards on his side. He was a big man in those pre-diet, pre-abstinence days.

Sinead suffers the fate of those who are different, dismissed as a loop in the language of internet trolls and some media hacks. But I have seen her perform live and heard countless of her recordings and defy anyone to say with honesty that she is not, in those terms, a consummate and gifted professional. I already know which of her songs to showcase here - provided I have not done it already in a different Salut! Live series.

Sweet Thames Flow Softly is a great song. It reminds us the river belongs to us all and embraces all facets of London life. i enjoyed rediscovering it, almost by accident on YouTube, and am delighted to share it with the small but discerning Salut! Live readership. 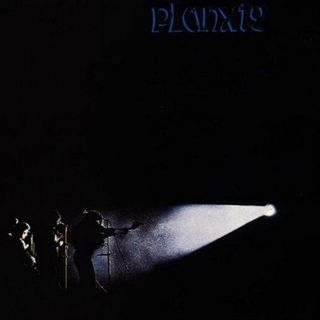 I knew Christy sang the song often live, but cannot tell you much more about the clip than you see at YouTube. But he did include it on the first Planxty album which is available via the Salut! Live Amazon link at http://www.amazon.co.uk/exec/obidos/ASIN/B000000E64/salusund-21