Second in the series ... hope you enjoy it

The Poozies are an all-female band dating from 1990, when the Scottish duo Sileas - Pasty Seddon and Mary Macmaster - joined up with an English singer-songwriter, Sally Barker, and accordionist, Karen Tweed.

The rich combination of vocal, instrumental and writing talent gave them a distinctive sound. As happens with bands, members came and went: Kate Rusby was the lead singer when Barker left to start a family and she, in turn, was replaced by Eilidh Shaw, also a fiddler, as her solo career prospered.

Barker returned in 2006, Tweed and Seddon left in 2007 and 2012 respectively and the current line-up is Barker, Macmaster, Shaw and Mairearad Green.

Without a shred of disrespect to how the band performs now, I go back to the second album, Dansoozies, released in 1995, for my favourite Poozies track, Hey How My Johnny Lad.

Some would listen once and find it trite. I love its simplicity, jollity, the strong Scottish accent in the vocals - great stuff, Sally (who's from the English Midlands) - and the gorgeous playing on harp, fiddle, accordion that develops into and beyond the song.

Someone called Bihiski wrote this, in an Amazon customer's review of the album as a whole: "Dansoozies is a fantastically spirited album with a variety of sounds from reels to jigs to polka-esque numbers. Decidedly upbeat, the beautiful vocals and moving instrumentals driven by harp, fiddle, pipes and guitar create a unique sound that, while being undeniably Celtic folk music, is very much their own."

I like that comment. And I was delighted to find the album as I browsed the thousands of CDs stored in the garage. Ha'way the Lasses. 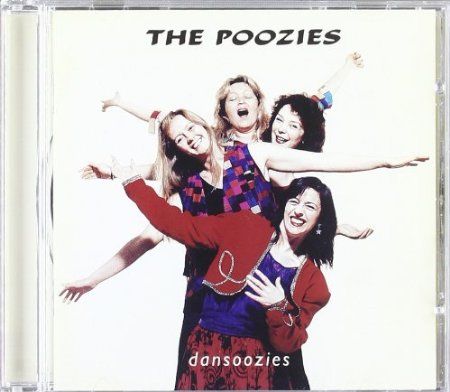 * If you share my taste, the album can be obtained from the Salut! Live Amazon link: http://www.amazon.co.uk/exec/obidos/ASIN/B000024GSZ/salusund-21

** And don't forget you can support these modest attempts to do something for folk and related music by subscribing as a Friend of Salut Live. Details at http://www.salutlive.com/2014/03/become-a-friend-of-salut-live-and-keep-this-part-of-the-folk-music-scene-alive.html