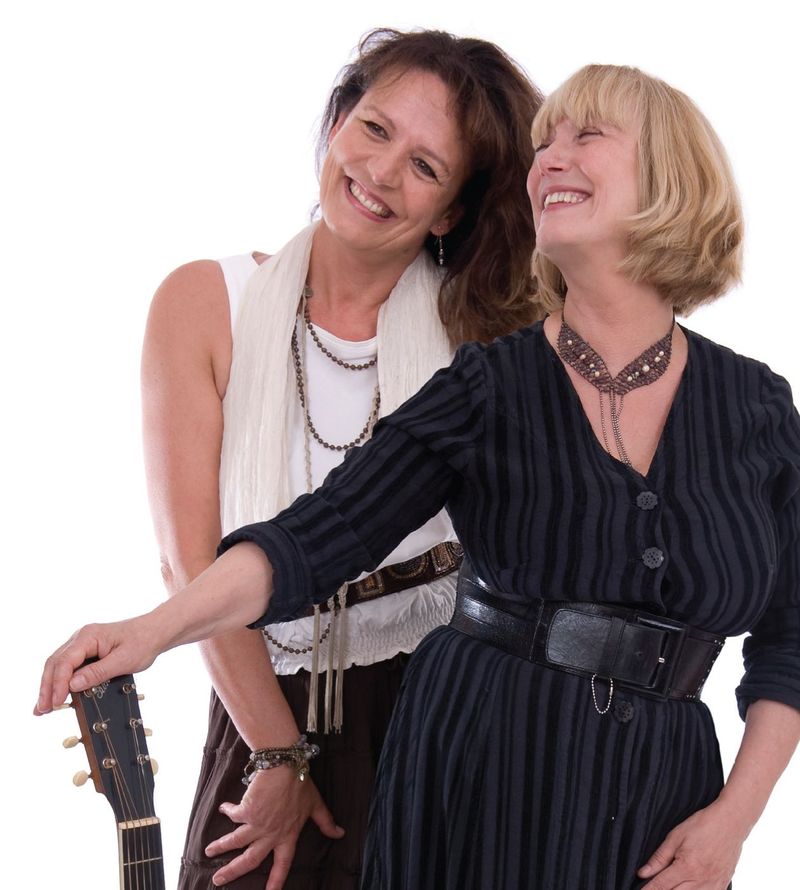 The car is a great vehicle of parental indoctrination. Play your own music a few times without comment on long journeys and, soon, routine-loving children - if small enough - will ask for it again.

I remember my daughters wanting me to play a wonderful Box Fox and Stu Luckley album, Nowt So Good'll Pass, probably in cassette form, and especially liking (and getting the regional dialect) in A Begging I Will Go.

They also learned to love Chantal Goya, which naturally pleased my French wife, but that was easy since she was targeting their age group.

So it is with Maya, my granddaughter. It is impossible to get into the car with her without, sooner or later, the demand is heard: "Can you play Cloé's song and then her mummy and auntie singing it."

Dream a Little Dream of Me, sung in beautifully accented English by 10-year-old Cloé, is a delightful addition, not even listed in the order or tracks I found online for Hilary James and Janet Giraudo's charming album in French and English, Songs and Chansons: The Two Sisters.

Cloé was born and is being brought up in the south of France. On further investigation, I discovered that Hilary and Janet are not her aunt and mother, but great-aunt and grandmother (I await the compliments for my shameless flattery). Hilary suggested keeping Maya's version alive in her mind but she didn't mind the change of relationships one little bit: "Papy (grandad), can we listen to Cloe's song and then her mamie and great-aunt singing it." 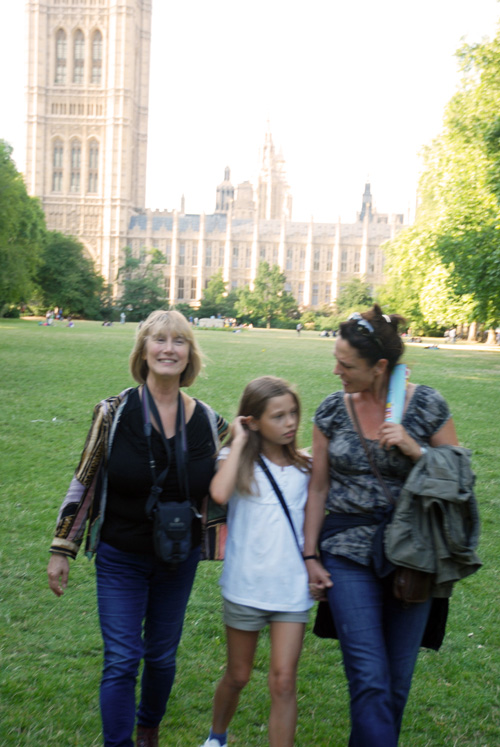 Mamie et Ta-ta are just going to have to live with that order of priorities. But the good news for grown-ups is that the official bulk of the album is an unqualified treat. No album in which Hilary is involved, from her solo work to the long-established partnership with the acclaimed mandolin, fiddle and guitar player, Simon Mayor, is ever much less than that, but this would be an excellent place to start for new listeners as well as being a must-have addition to the collections of the initiated.

The story behind the album is that the sisters hail from Stoke-in-Trent, as indeed some must. There was no great musical heritage in the family. No one even belted out Delilah, the song of domestic murder curiously chosen by supporters of Stoke City as their favourite terrace ditty.

The family moved to Worcestershire where Hilary would sing in the street, at school, in the bath. She and Janet began to sing together in their teens but the duo's progress was interrupted by the lure of travel that took Janet to France, where she was remained ever since.

Doubtless over carafes of rosé to wash down the olives and amuses gueules of Provence, the sisters decided it was the moment to make up for lost time. But they had to move before Janet forgot her English altogether; she even dreams in French these days and frequently struggles for the right English word.

The result is this gem, exquisite harmonies and interchanging solos impeccably accompanied thanks to Simon's inevitable input. I enjoyed both versions of Dream, but there are also memorable interpretations, which little Maya also quite likes, of a well-chosen set of songs in both languages.

My own preferences are for another evocation of dreaming, All I Have To Do Is Dream, and I Live Not Where I Love, a song I remember especially from the singing of Tim Hart and Maddy Prior and later, I think, on a Steeleye album, both being founder members. Among the chansons, I was surprised to see the sisters had managed to breathe new life into Plaisir d'Amour. I could soak in L'Auberge Au Crépuscule (The Inn At Twilight), Tout S’Efface (Everything disappears) all day long.

Maya wants Cloé to pop over from her part of Provence to ours, as it is for half the year, to play with her when she joins us in the summer. She doesn't realise the gulf between five and 10, maybe 11 by now, means "playing" is something from Cloé's past.

But she joins me in giving this album 10 out of 10. And she tells me that if she had chosen the headline, it would have been another phrase from Dream A Little Dream Of Me: "still craving your kiss". Voila! 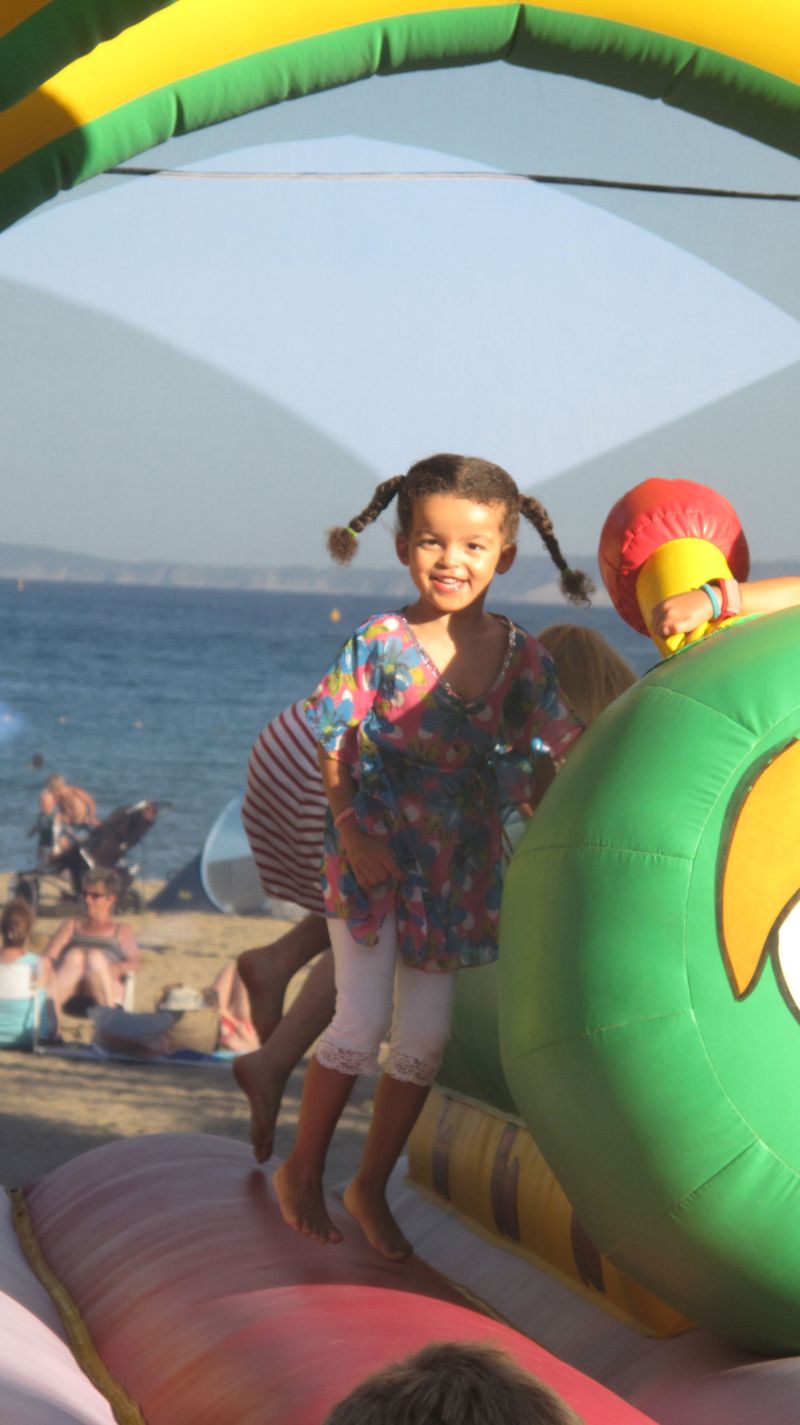