Swarb on the road, 14 years after that Daily Telegraph obituary

What you see above is some rare old Fairport Convention footage in which Dave Swarbrick sings the song he chose for Salut! Live's 'Song of the Day' series 18 months ago ...

Two early chances arise to sit back and enjoy the superb music of Dave Swarbrick, the outstanding fiddler renowned for his work with Martin Carthy, his many years as a member of Fairport Convention and his ability to survive a collision that is usually fatal, being featured on the obituaries page of The Daily Telegraph.

Two solo gigs are coming up, this Friday (March 8) at the Silvester Horne Institute in Church Stretton, Salop and a week on Saturday (March 16) at Farnsfield Acoustic, the village of Farnsfield lying eight miles from Mansfield in what was Sherwood Forest in Nottinghamshire.

The contact number in Farnsfield is 01623 794700 (or same code, then 870668). I gave up looking for the Silvester Horne venue. Perhaps Horne, a preacher, hymnwriter and Liberal MP, viewed the telephone as a monstrous invention and left appropriate covenants; you may pay on the door, assuming too many others don't precede you.

That public service over, I would add that Swarb teams up with Carthy once again later in the year for eight dates starting at Lyme Regis on Sept 1. All but one have phone contacts and these can be seen at Swarb's website: http://www.folkicons.co.uk/swarbmenu.htm.

Both will be 72 by the time those performances come around. In Carthy's case, he told me around his 60th birthday that advancing years had made him a better guitarist in his head than his hands - that probably still makes him better than most musicians half as young - but a "quite decent folk singer".

Swarb, of course, is famous throughout folk for the spectacularly premature Telegraph obit, which I did not write but had a hand (innocently) in causing to exist. In a 2003 interview, a year before his double lung transplant, he told me:

"Well, if you aren't going to see the funny side, what are you going to do as an alternative? After all, I'd enjoyed the text of the obit - it was very complimentary. And it had answered a question I'd often asked myself: whether any paper would bother when I died."

Good luck to both.

As a bonus for those who did not see it the first time round, here is a repeat of a Salut! Live article that was in part an account of how that obit came to appear. The subject was mentioned yet again at the Fairport Convention gig in Leeds, reviewed here recently; the article comes from the Song of the Day series and appeared on Aug 25 2011: 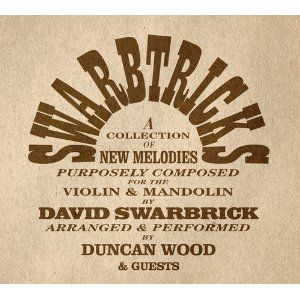 ... which can be bought at the Salut! Live Amazon link - see my selections to the right or click here: http://www.amazon.co.uk/exec/obidos/ASIN/B00B3VE7U4/salusund-21


As the series draws to a close, it is fitting that we should begin to break all its unwritten rules.


Today's choice is the choice of the chosen. If you don't get my meaning, and there is no special reason why you should, let me be a little more clear.

Reading a thread at Facebook about Dave Swarbrick's new project, re-mastering a Fairport Convention album covering the 1976/79 era and due for release next year, I wondered how I could squeeze him into the closing stages of the series. No apologies for another outing for Fairport, a band of towering significance in the history of folk-rock, and I will not even promise that this will be the last.

Swarb is a man known predominantly for his superb skills with the fiddle, in duo with Martin Carthy, as a massive presence within Fairport and in all sorts of other settings.

But since no one song stood out for me, I invited Swarb to choose one for me and the answer came back like a shot: Now Be Thankful.

It was a great shout. Song and the voice streamed back into my mind the moment I read his choice and I am delighted to present it today, with this remarkable clip of a performance of four decades ago.

Many will be familiar with the tale.

I had been sent off to war, or at least to report from the fringes of it on the borders of Kosovo and Macedonia. A call came from the obits department, where staff were unaware of my movements, and I was asked if I would write an obit; Swarb was reportedly very ill. I explained my non-availability and warmly recommended Colin Irwin, who obliged with the excellent article that someone at the Telegraph then slotted into the paper in the mistaken belief that its subject had died.

There is, incidentally, nothing unusual about preparing an obituary before someone dies For perfectly good practical reasons, newspapers traditionally have viable articles ready for use at a moment's notice; I have even known obituaries editors take ageing subjects to lunch to update details of their lives. It is a little less common to break God's embargo, as one scholarly former colleague put it, and publish them without death having taken place first.

Twelve years on from that shocking error, one he managed with admirable speed and grace to see the amusing side of, Swarb has battled his way back from illness, defied advancing years and re-established himself as a working musician. This Song of the Day is Salut! Live's tribute to the man and the musician.