Home Archives Profile Subscribe
Realta, Lau, Bellowhead ... over and out, but just for now
Swarb on the road, 14 years after that Daily Telegraph obituary 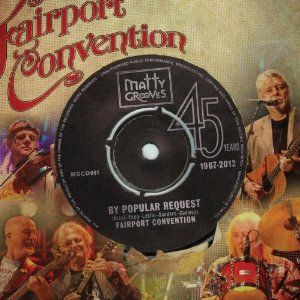 "But you promised to take me to see Fairport Convention."

And so I had. A cheeky, speculative e-mail had been sent to the right people, the recipient had intended a positive response. Both sender and receiver then promptly forgot all about it; with just days to go before the big return to France from UK hibernation, it was looking less touch than go.

But two dates remained possible, albeit with long trips from London, and one was turned to reality. Thank heavens it wasn't the Berwick one. Fairport's tour was duly caught at the wonderful venue that is the City Varieties in Leeds and everyone, including the nephew who interrupted the customary starvation diet of student life to accept a bumper plate of steak and chips followed by chocolate dessert at the adjoining White Swan, was happy.

What Steven, more of a house music fan, would have made of Fairport is perhaps another matter. His plans for the evening did not include attending a gig by a band 46 years into its career; he was off to his bar job and a late-night cinema date with his girlfriend. 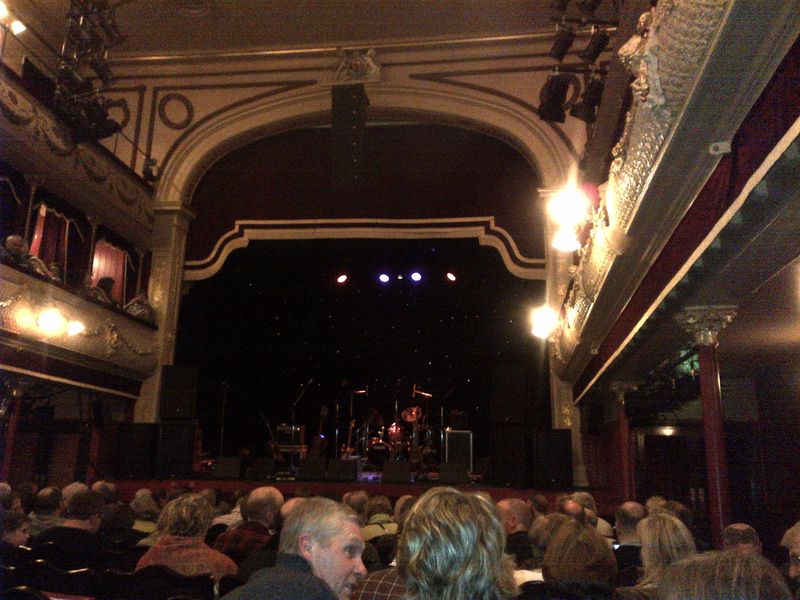 The generational gulf was amply demonstrated inside the City Varieties, too. There was an occasional young face but much more evidence of age. Plenty of facial hair, swelling jowels, expanding waistlines and ponderous physical movement to remind us this was a gathering, essentially, of the converted, the conversion having occurred at early stages of that long Fairport lifespan.

Indeed, it was a relief to be able to feel relatively young when passing a couple of the ushers, smiling and efficient but also living proof of the venue's commitment to age equality.

The concert began with an engaging set of Jake Thackray songs from John Watterson, who has turned his own admiration of the late singer and poet's work into a tribute act in which he presents himself as Fake Thackray and offers warm, witty banter between examples of his hero's work.

Fairport joined Watterson for his final song, then remained on stage until the interval to make their own night's work a generous two-part exploration of the voluminous back catalogue.

One of folk's elder statesmen, Martin Carthy, once told me on passing 60 that he was now a rather good guitarist in his head, less so with his hands. I doubted the truth of the self-deprecation. But in Fairport's case, I would argue that this concert illustrated and reinforced the notion that while some people are old enough to know better, others are able to put the knowledge they acquire over many years to be better.

What stood out was the outstanding musicianship in which Simon Nicol, the only current member who was there at the 1967 outset, Dave Pegg on bass, Gerry Conway on drums and Chris Leslie (mandolin, bouzouki, fiddle, whistle) play full, important parts but Ric Sanders excels with his exquisite, versatile fiddle-playing.

The loss of Sandy Denny, who twice joined and left the band before her tragically early death in 1978, would have challenged the future prospects of most bands. But Fairport have always resisted the thought of trying to replicate the wondrous instrument that was Denny's voice. Female singers join them on stage, especially at the annual Cropredy festival, but the vocals have otherwise, since 1975, been handled by the available male singers within the band.

At times, this has sounded a little like muddling through.

But that other great fiddler, Dave Swarbrick, developed a decent folk-rock voice and Nicol's own singing has matured enormously, his rich and warm tones fitting much of the repertoire like a glove. Not everything, in my judgement, works; there are songs he performs superbly, which at Leeds included his interpretation of one trademark Denny song, Fotheringay. And there are those he does not. His reading of her best-known work, Who Knows Where The Times Goes?, was respectful and pleasing without quite doing it full justice.

This, however, is a mild reservation, one with which others may strongly disagree. In any case, audiences crave familiarity and are willing to settle for something that necessarily falls short of perfection. There was nothing else in the concert to cause disappointment. Leslie is an accomplished singer, Pegg's harmony contributions are sound and Nicol is entitled to high praise for his role, executed impeccably, as informal gaffer, from the dry asides and introductions to the intelligently introduced and richly varied songs.

There was another star of this show and its name is City Varieties, a glorious survivor of Victorian music halls (though, at a mere 148 years old it is a century and a bit younger than the White Swan).

The world, as Nicol indicated at one point in a memorable evening of fine music generally performed in a lovely setting with excellence and energy, would be a poorer place without such gems.

I have great memories of seeing Fairport twice at a fairly small club-like venue in Toronto a few years ago -- two fantastic nights. Bizarre standouts... Dave Pegg's T-shirt, which said, "The liver is evil and must be punished..." And Gerry Conway closing off the first set of the first evening with a beat-perfect rendition of Sandy Nelson's "Let There Be Drums," acknowledging the surprised but quite rapturous applause with: "And now... let there be drinks." Pegg had reached the bar already and was into his first pint of Guinness.