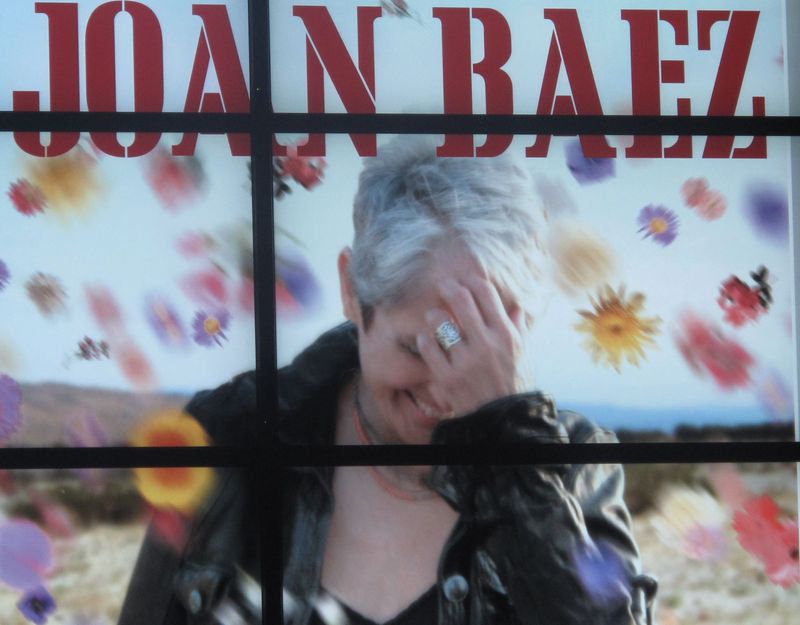 When you leave a concert hall where spectators have been dressed as if for the opera, many of the women dripping with jewellery and perched atop high heels, it is easy to forget you were there for a spot of folk music. The sense of incongruity sharpens on crossing the road to see that the shops in this part of town have Rolls-Royces and Bentleys for their window displays.

The remarkable phenomenon that is Joan Baez, touring at 70 with the energy of a woman half her age, had reached Monaco.

Marseille, back in April, had seemed just right for her, a city with proud rebellious instincts, a rich mix of ethnic cultures and a left that is willing to stand up to the right and far right. Monaco is, well, Monaco; the contrast is what we call chalk and cheese, the French and Monégasques call le jour et la nuit. 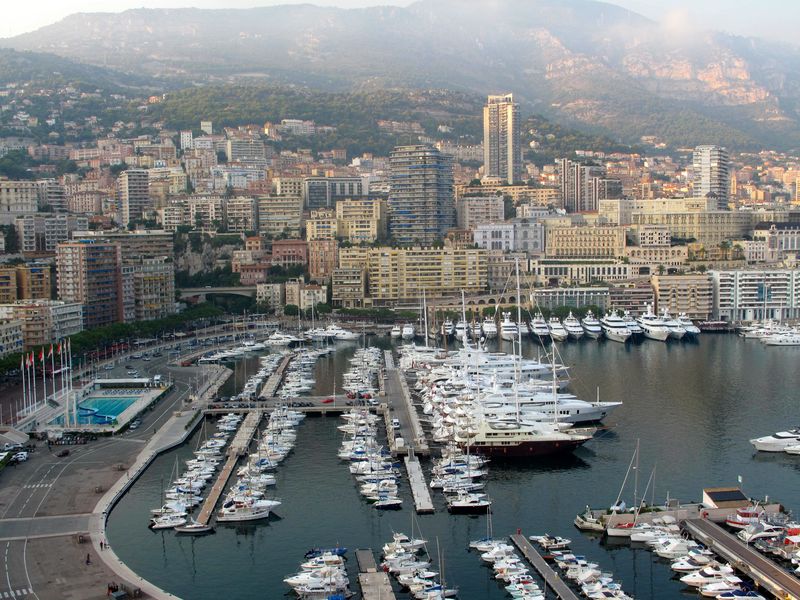 And yet the concert at the swish, stainless steel and glass Grimaldi Forum brought together under one roof royalty, folk music .. and Salut! Live. Not for the want of trying, such a meeting had been delayed a little.

The newspaper for which I write most often is a good one, but published far from California and Monaco. So Joan Baez, or more accurately the man who organises her publicity, had politely but with crushing finality turned down a request for an interview, but granted one to Nice-Matin, which also has a Monaco edition. And Prince Albert and his bride, Princess Charlene, had also spoken at length to the same quotidien while brushing aside my approaches. Come Tuesday night, we were all there to entertain or be entertained.

The royal party had slipped into the theatre moments before Baez walked on stage, them without fanfare, her without trace of the limp or discomfort of a few months ago when she was still recovering from a nasty fall from the treehouse in her Californian garden.

She used the stool only for the first song, Steve Earle's God is God (.../every day on earth's another chance to get it right ...), which made me wonder whether the accident has left her in some pain when seated. It seemed to take her a short time to get into her stride. But she was visibly encouraged and perhaps even calmed by the empathy of the audience, warmer than I'd expected when watching people arrive in their smart evening wear or still in summery office clothes, clutching briefcases with mobile phones pressed to ears as if needing to clinch just one more deal, Monte Carlo-style. The imagination ran wild and I decided everyone was intent on grabbing a reminder of the music and passions that fired them in more idealistic days.

As at Marseille, there was plenty of evidence of an artist needing, with the passage of years, to make concessions on certain notes. When you consider the notes the younger Baez reached, this should surprise no one, and she accomplishes the refinements with some panache.

What were the highlights? The stunning cameo performance of Marianne Aya Omac, for sure (see the clip, below, from the concert at Nancy; with huge thanks to Susanne Marwitz). Baez introduced her as a Frenchwoman who wrote and sang in French, Spanish and English, but might have added that she can also make her voice imitate musical instruments. No wonder she came on stage during the performance, and sang with the star, rather than offering a support act beforehand. The high quality of Dirk Powell's multi-instrumental accompaniments also deserves mention.


From Baez herself, this was straightforward set, with the singalongs, Donna, Donna and Here's To You (what would Monaco's wealthy wheeler-dealers and retired have made of the heroes of the latter, the executed anarchists Sacco and Vanzetti?) and her interpretations of Imagine and House of the Rising Sun, especially well received.

Joan Baez at her best for me, however, is Joan Baez singing Dylan. Farewell Angelina I expected and heard. Thanks, Joan. Then there was With God On Our Side, also much appreciated. Thanks again.

But in what I shall fondly take to have been as a personal gesture aimed at pleasing Salut! Live after disappointments at the hands of her publicist, she added Don't Think Twice, It's All Right, alternating between English and French for the refrain but absent - and noted as such here - from the playlist in Marseille. Merci mille fois, Joan, whose parting words her Monaco public will wish to come true: "à la prochaine."


See also: my review of the Marseille concert