June Tabor and Oysterband: Ragged Kingdom ... glories past and present 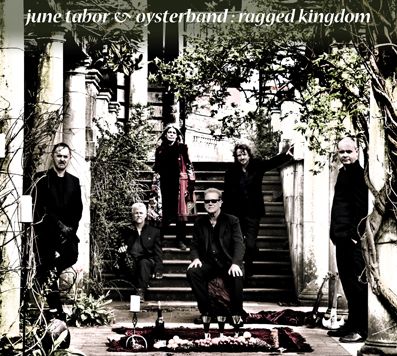 When listening to Ragged Kingdom (Topic) for the first time, I was in a moderately bad mood, up against a deadline and having to get to and from the airport before even beginning to try to meet it.

So I decided it was not a patch on Freedom and Rain, a breathtaking album from 1990 that deepened my admiration for June Tabor and gave me the severe shaking I needed to reverse an inexplicable failure to appreciate Oysterband.

By the fourth or fifth track I was on the home run and willing to revise my view; by the time I'd heard it the whole way through, in more relaxed setting, I was hooked. 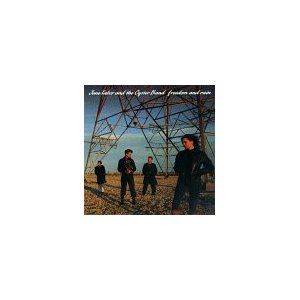 What was it that prompted June Tabor to agree with John Jones and the rest of the Oysters it was time to team up again?

The correct response, I suspect, is that Freedom and Rain was such a wonderful, critically acclaimed work that it seemed criminal to regard it as a historical one-off.

In any event, with 21 years now passed, we have the sequel, reinforcing once more all the positive thoughts I always held on Tabor and somewhat belatedly developed towards Oysterband.

There is nothing wrong with taking time to absorb and like good music. I do it so often I am bound to say that; Bob Fox would tell you I named his Dreams Never Leave You my CD of the year having initially given it what he considered a less than wholly enthusiastic review.

And once Ragged Kingdom had fully grown on me, it became impossible to separate outstanding tracks from merely very good ones.

The scene is neatly set with the Napoleonic opener, Bonny Bunch of Roses, those arresting, majestic Tabor vocals framed to perfection by a restrained but gradually more emphatic arrangement that conjures the excitement, menace and fear of gathering war clouds.

That Was My Veil is moody folk-rock, Fountains Flowing hymnal and hypnotic (think of To Be a Pilgrim and you have an idea of the tune) and the stunning duet with Jones, Love Will Tear Us Apart from the Joy Division repertoire, as excruciating an account of breaking up as you are likely to find.

Thinking back on my two decades of Oysterband admiration - I believe them to be the most compelling live folk-rock band around - I cannot believe I once considered they lacked "a really good singer, as distinct from an adequate one". The only mitigation is that I wrote that in my 1990 review of Freedom and Rain in which I was so taken with the coupling of band and singer that I described the collaboration in these terms: "As happy a marriage of convenience as can be imagined ... one of the finest folk-rock recordings since Sandy Denny left Fairport Convention".

Far from scraping through on grounds of adequacy, Jones sings with enough warmth, passion and rich and expression to render my own work of 21 years ago absurd.

Jones describes the renewed partnership - accompanied by a tour, dates of which are listed below - as "a mad sort of idea", but one he feels was worth the wait.

Remember that 2011 has already given us a quite different example of Tabor at her best, which also happens to mean English folk music at its best. Ashore (Topic), her album of sea songs in English and French was one contender for CD of the year. We now have another. 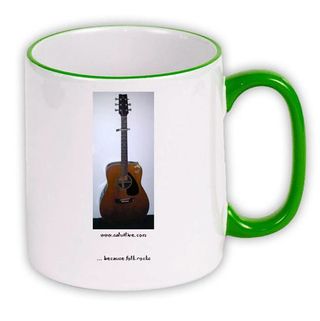 ** And if you like this Salut! Live mug, buy it for £11 - post free in the UK, discounts for multiple purchases - by clicking on this link. The slogan - "... because folk rocks" will appear in larger lettering on any mugs ordered.

saw them in brighton.
really great music-loved it. The more I listen to the Ragged Kingdom CD the more I love it.
Great Passion by all concerned

Wonder whether you've had the chance to catch the accoustic offering from Nick Burbridge and Tim Cotterell (gathered.bandcamp.com/)

This is a magnificent album. It is not just a collection of wonderful set pieces covering a range from rowdy protest (After the Deluge) to hymnal (Sorrow no more), it is rather (and also) a substantial and coherent artistic whole.

Gathered pulls together things learnt and things long avoided into an ungodly godlike ‘derive’, a falling through landscapes real and imagined (one and the other). Burbridge’s lessons seem likely gleaned from years spent avoiding the known good but here “It’s getting very late now” so all is comandeered for use; a breathtaking range of forms are mastered but with affection not affectation, blood not merely bloody cleverness! Burbridge is all too aware of what will happen “fourteen stations down the line”, but these contemporary satires of circumstance are shot through with a profound compassion, prompted often by the presence of the blackbird, the album’s familiar spirit. Dylan said that “There’s a mystery, magic, truth and the Bible in great folk music” and they’re all here one way or another and this is great folk music, by which I mean great music.