You'd probably have to summon an arbitration panel to resolve the differences between Frankie Gavin and Alec Finn who, together, were the admirable driving force behind one of the greatest bands to emerge as Ireland forged ahead from the important, pioneering but musically more limited era of the Clancy Brothers.

Then, for reasons that are not clear but led to a dispute over who had the right to assemble a band called De Dannan, they fell out. It has, by all accounts, been highly acrimonious and I make no attempt to judge the rights and wrongs.

Both now run variations of that band, with their own versions of the historic mix of traditional Irish music, strong female vocals and a willingness to explore rock and other genres that made De Dannan great. Salut! Live will probably feel the urge to have more to say on this in due course ...

For now, let us simply hark back to more settled days. Dolores Keane was one of a series of superb Irish female singers to take De Dannan vocal honours. This clip tells you why so many people regard her as possessing one of Ireland's finest voices.

Song of the Day is exhausted and will now take a break until next week. Thanks to those who have been lured here by the series; I hope you have found something to please you. 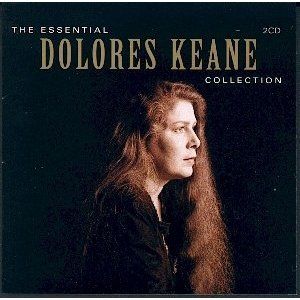